The Qatar crisis, Turks and Arabs 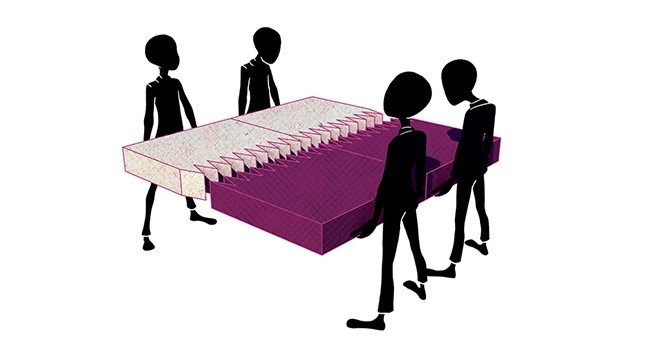 Turks and Arabs are brothers and sisters, friends and allies, neighbors and partners, and must work together for a more secure and brighter future of the Arab and Islamic world

In its third week, the crisis between Qatar and several Gulf countries continues unabated. Attempts to resolve the crisis have yet to put an end to the cycle of smear campaigns and political muscling with serious economic and geo-political repercussions. The crisis reveals the fragile nature of the regional order in the Gulf and its precarious relationship with Europe and the United States.

Qatar rejects the charge of supporting terrorism and demands concrete evidence, as any country confronted with such accusations would. This is a very serious accusation indeed. Qatari officials take the claim seriously but have yet to receive any hard evidence connecting it with any terrorist organization in the Gulf region, Syria or elsewhere. Qatar further holds that the current blockade is unfair, contrary to international norms and in violation of the principle of friendship and brotherhood among Muslim nations.

This is a fair demand given the lack of evidence supporting the claim that Qatar sponsors terrorism. The measures taken against Qatar are indeed disproportionate and do not contribute to the resolution of the crisis. Qatar stated that it shall not hold talks until and unless the blockade is lifted. Saudi Arabia and the United Arab Emirates should heed this call and lift the blockade in order to begin the process of dialogue and negotiation. Meanwhile, the Emir of Kuwait has played a significant role to reduce tensions and resolve the crisis and his initiative should be supported. Turkey stands ready to help.

Since the beginning of the crisis, President Recep Tayyip Erdoğan held numerous phone calls with regional leaders to diffuse tensions and find a peaceful and amicable solution to the problem at hand. To help the citizens of Qatar affected by the blockade, Turkey sent food as a humanitarian gesture. At the same time, the Parliament ratified a military base agreement with Qatar whose purpose is to contribute to the peace and security of not only Qatar but the entire Gulf region. On several occasions, President Erdoğan stated that the Custodian of the Two Holy Mosques, Salman bin Abdulaziz, has a special role to play to resolve this crisis as the leader of the most powerful Gulf state. By taking this stance, Turkey has no intentions of interfering in the internal affairs of any country. Despite claims by some propagandists who seek to take advantage of the crisis in order to damage Turkish-Arab relations, all Turkey wants to see is a peaceful resolution of this crisis.

What is needed now is a collective and coordinated action in line with the spirit of unity and fraternity especially at a time when the Syrian war continues with catastrophic political and humanitarian consequences, sectarian tensions run high and terrorism recognizes no national borders. All parties should work toward this goal and put aside petty differences and ulterior motives.

As for Hamas, everyone in the Arab world sees it as part of the Palestinian struggle for independence. Accusing Hamas of terrorism now, if there is such an intention, does not make any sense. Hamas is part and parcel of the Palestinian society and its movement to end Israeli occupation. Nor can the fact that Doha is home to the Hamas Bureau be cited as proof of Qatar's alleged terror links because the office's relocation from Damascus to Doha was coordinated several years ago with all the key players in the region.

While these dynamics continue to play out, there are some who want to capitalize on this crisis in order to sow new seeds of sedition (fitnah) and animosity between Turks and Arabs. This is an old game and must be rejected by everyone. The hundred-year old claim that the Arabs stabbed the Ottoman Empire on the back kept Turks and Arabs separate from each other for decades. Likewise, the claim that the Turks in the new Republic turned their back to the Arab and Muslim world created deep suspicions among Arab masses about Turkey's relations with the Arab world.

But this myth of mutual betrayal has been dismantled in the last decade under the leadership of President Erdoğan. Turks and Arabs are brothers and sisters, friends and allies, neighbors and partners, and must work together for a more secure and brighter future of the Arab and Islamic world. The differences of opinion should never be a cause for vicious cycles of blame, mistrust and smear campaigns. Those who try to pit Turks and Arabs against each other serve neither but only their petty interests. Media wars do not help anyone. We should all be vigilant against any attempts at wasting our intellectual and political resources in self-defeating rivalries and proxy wars. Instead, we should focus our energies on generating mutually empowering environments and win-win situations for all.