One year after the coup, Turkey is stronger 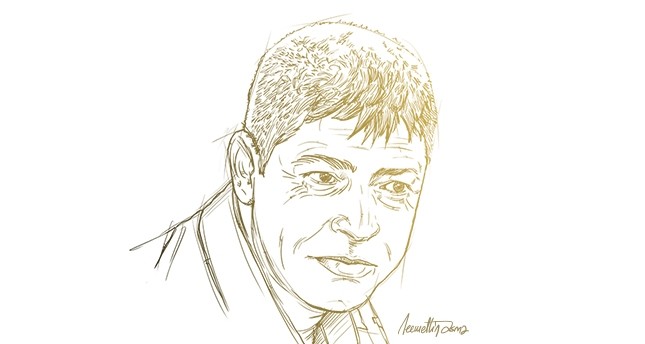 One of the heroes of the July 15 coup attempt was u00d6mer Halisdemir, a non-commissioned officer who shot dead a Gu00fclenist putschist general to stop him from taking control of the Special Forces Command during the deadly night of the attempted coup.
by İbrahim Kalın Jul 15, 2017 12:00 am

A full year has passed since that dark day when the Gülenists within the Turkish army attempted a bloody coup in Turkey. Their 40-plus-year plans in the making, however, were destroyed in less than 24 hours by the will of the people. Rarely have we seen such a people-power moment in modern history.

When millions of Turkish citizens think back to last summer's failed coup, they remember the 250 innocent people who were martyred at the hands of the putschists and more than 2,000 others who survived the attack with injuries. Parents remember having to explain to their children what exactly a military coup was and why armed men wearing the uniforms of Turkish soldiers were firing at the people they were supposed to protect. How we came together as a nation and thwarted a coup attempt is a source of pride for us. By contrast, there has been a coordinated effort since the coup attempt officially ended to downplay the significance of what had happened and instead focus on the steps taken by the Turkish government to prevent future attacks by Gülenist Terror Group (FETÖ) operatives. But the narrative they push against Turkey doesn't change the facts on the ground. Regardless of their political views, gender or status, Turkish people wrote history over the past 12 months by getting back on their feet against this shameful onslaught on their democracy, freedom and independence.

By declaring a state of emergency and dismissing known FETÖ operatives from public office, the government deprived the terrorists of the official powers and public resources that they abused to finance and implement their evil plans for years. The claim that Turkey as a NATO ally would face a security risk after the arrest of coup plotters in the army has turned out to be totally wrong. To the contrary, the Turkish army and the police are now fully recovering from the virus of the Gülenist infiltration and rendering its services to the people and the country in the way they are supposed to. It was thanks to our efforts that the Turkish military could launch Operation Euphrates Shield and deal a major blow to Daesh terrorists in northern Syria just six weeks after the failed coup. At the same time, Turkey took significant steps against other terrorist groups, including the PKK, by stopping the flow of recruits and financial resources to the terrorists.At the same time, the Turkish economy has quickly recovered from the failed coup's aftershocks and recorded 5 percent growth in the first quarter of 2017. At the same time, the BIST 100 index gained almost 30 percent since January to hit record highs and rewards investors. Meanwhile, we are moving forward with mega projects including the construction of the world's largest airport in Istanbul and an intercontinental bridge across the Dardanelles.

Finally, on the night of the coup attempt, millions of our Muslim brothers, from Central Asia to South America, from Indonesia to Africa, were with Turkey and prayed for our welfare and peace. In fact, immediately after the coup attempt, many publications from across the Islamic world and countless Muslim leaders openly stated that they stood by Turkey. Millions flooded public squares, crowded into mosques to show their comradeship with the Turkish public. However, the complete lack of response from most of the Western countries, their failure to demonstrate even a hint of solidarity, belated or ambiguous remarks came across as thought provoking to say the least.

Turkey has been taking bold steps in the international arena since last summer's coup attempt. Although the decision by certain European countries to grant asylum to coup plotters and their accomplices fuels tensions, Turkey and the European Union have been trying to engage in a constructive dialogue to revive membership talks. With the Geneva and Astana processes, Turkey is playing a key role in containing the bloody war in Syria and finding a political solution to the conflict that has claimed the lives of hundreds of thousands of people. Turkey continues to diversify and expand its foreign policy outlook in Africa, the Middle East, Asia and Latin America.

For foreign investors and governments alike, Turkey remains a place where they can find friends and allies with whom they can work on mutually beneficial projects. However, it is important for the world to come to terms with the fact that our efforts to bring all the coup plotters, including the senior leaders of FETÖ, to justice are non-negotiable. We will prosecute those responsible to the full extent of the law while remaining fully committed to the rule of law.

We should remember that the Gülenist coup attempt was also an act of invasion in the widest sense of the term – invading not only people's lives and state's institutions but also the hearts and minds of the people of Anatolia that stand as a beacon of hope for tens of millions of people who want to see a more just and humane world. Those who shelter the Gülenists and seek to find ways to justify their heinous act of treason run the risk of losing this noble people and a key country for a handful of apocalyptic criminals.

Were with us and prayed with us on that shameful day...

Presidential spokesperson for the Republic of Turkey
Last Update: Jul 15, 2017 1:02 am
RELATED TOPICS