Losing our sense of the mind and heart﻿ 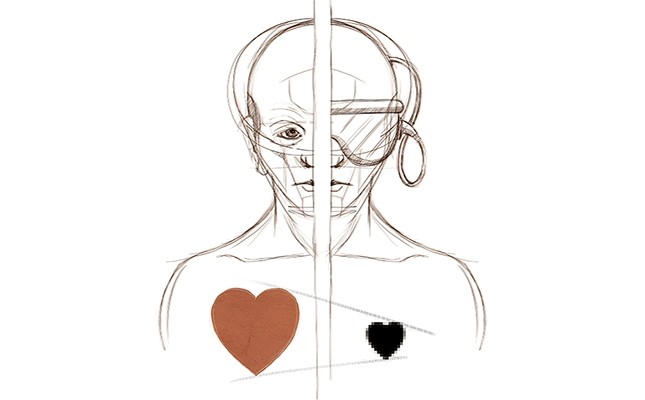 People are divorced from other's realities, nature and themselves, with images replacing all to the point where it is difficult to tell what is real and what is the image of reality

The virtual world in which we are living in this phase of late modernity has created an alternative reality where we can hardly tell where reality ends and where the world of Fantasia begins. It is the image with its myriad forms and shapes that counts. In this "civilization of the image," to use Roland Barthes' suggestive term, reality is considered real to the extent to which it takes the form of an image and eventually becomes a "thing on the screen." It is only when real things, real human beings, real events, emotions, relations, et cetera become an image that they can be traded in the modern world. Anything that resists becoming an image for manipulation is rejected as unreal, retro, insignificant. Proxies rather than realities are now the preferred trade of the day.

As a result, our doors of audio and visual perception are clogged by the pollution of digital images, virtual realities and the noise of the internet age. Hyper-reality, as Umberto Eco called it, has replaced reality and is radically altering the way we interact with the world and other human beings. The PlayStation generation is not limited to ordinary users. Professional athletes whose avatars play on the screen spend as much time on it as others. The illusion that what can be done on a screen can be repeated in the real world is pervasive.

But the situation is actually worse. What appears on a screen is now considered to be more real, more important, more beautiful and worthier of our intelligence and time. This is more than just bodily senses trumping intellectual senses – a long-standing dichotomy in Western thought since Plato. All forms of sensation are confounded in such a way that one cannot tell the difference between reality and image anymore. Image makes the reality these days. Our minds, souls and hearts are lost in illusory world. The terrible fact is that with all of our smart technologies, infinite information and immense wealth we appear willing to settle on this lower level of existence.

We don't realize what we are missing out on in the real world. We no longer see the sky. We no longer smell the roses in their natural environment. We no longer hear the pristine sound of waves, rivers, birds and the rest of the nature that sings a thousand songs every single moment. The world is out there presenting itself to us in myriad ways. Instead of listening to its messages, we prefer to have reflections and images of it on our screens, movie theaters and shopping malls.

The fact is that the world opens itself to us as much as we are willing to open ourselves to it. It is not any different from a meaningful conversation: words make sense only when the other side listens. A conversation between two human beings is possible only when we acknowledge that our interlocutor has also something to say. In our approach to the world of nature, we often act like a slave master: the slave is not a being worthy of my status and importance. Its only purpose in life is to serve me. For the last two centuries, we have been treating the world of nature like a slave bound to serve us – a mere entity to be discarded when we are done with it. The result is a growing wasteland in our minds and souls.

Henry David Thoreau, who wanted to wake up his fellow countrymen to the reality of nature long before the industrial civilization bulldozed everything, was right when he said: "Objects are concealed from our view not so much because they are out of the course of our visual ray as because there is no intention of the mind and eye toward them…there is just as much beauty visible to us in the landscape as we are prepared to appreciate, not a grain more…"

Today we find it difficult to understand how the saints and sages of the past communicated with birds, wild animals, trees and flowers and treated them as if they were actual human beings. The reason is that we have lost our true senses: the eye of the heart, the ear of the soul, the vision of the spirit…Just consider our relationship with time: Homogenizing time is one of the worst mistakes modern man has made. No time period during the day and night is the same. The moments just before the sunrise have their own aura, color and rhythm. When the sun rises, things change not only color or brightness but also the way they present themselves to us changes, calling for a perceptual adaptation on our side. Afternoons… evenings… nights… when was the last time anyone of us paid attention to the distinct identity and taste of these moments? Are we aware how much we are missing out?This is not a call for a wishy-washy nature mysticism divorced from the metaphysical truth. We can do better than idolizing nature to give its due. All we need is to realize that we and the world of nature are part of a larger reality over which we do not have any innate or exclusive entitlement. As the creator, God's reality transcends and unites the states o

f existence that belong to us and to the natural world. Humans have been created as privileged beings and the world of nature has been "subjected" to him only to protect it and give its due in the economy of creation. The world of nature has been given to humans as a "trust," not as a slave property.The Quran refers to the deft and blindness of those who have lost their sense of direction. They are the ones who no longer see with the 'eye of the heart'. "And We have certainly created for Hell many of the jinn and mankind. They have hearts with which they do not understand, they have eyes with which they do not see, and they have ears with which they do not hear. Those are like livestock; rather, they are more astray. It is they who are the heedless." (al-A'raf, 7: 179)The problem is not with the five senses but the loss of the one central sense that gives order and meaning to all senses: The blinding of the heart, which is the greatest calamity that can happen to a human being. "So have they not traveled through the earth and have hearts by which to reason and ears by which to hear? For indeed, it is not eyes that are blinded, but blinded are the hearts which are within the breasts. (al-Hajj 22: 46).

We need to recover our senses of the mind and heart before we lose our humanity.