Connecting with Africa in a multipolar world 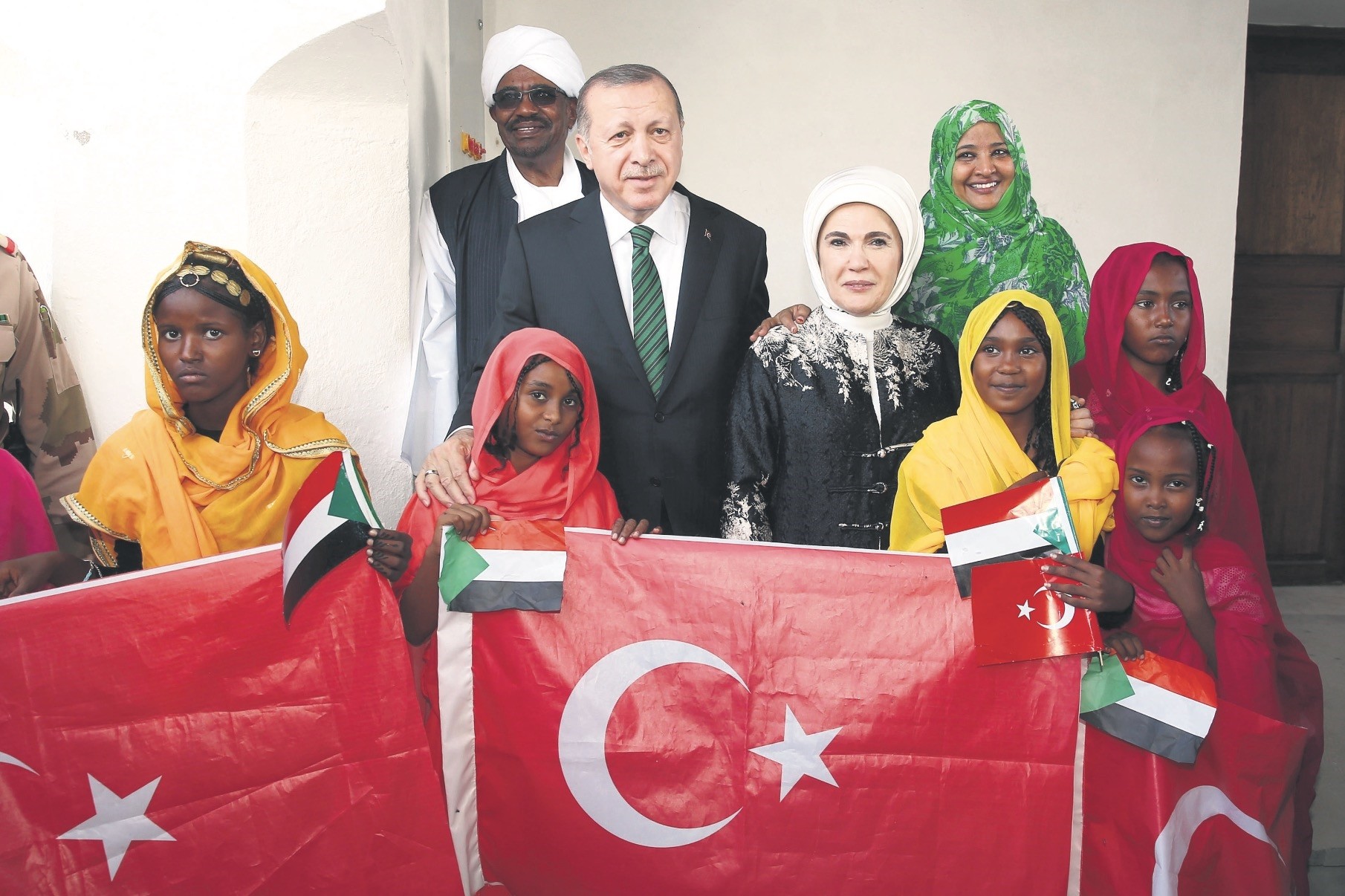 Africa deserves to be treated as an equal partner on the world stage, needing peace, justice and stability and not new forms of exploitation

Africa is a big continent where no single blanket model of partnership can do justice to its social, economic and geographic diversity. Engaging Africa requires a multileveled approach in a multipolar world. It is with this principle in mind that Turkey has been seeking to connect with Africa over the last decade.

African nations continue to struggle with the legacy of colonialism, civil wars, terrorism, corruption, lack of infrastructure, developmental and environmental issues and a host of other challenges. But they also possess tremendous potential with rich natural resources, a young and dynamic population and an openness to the world. Since Turkey began its "opening to Africa" policy in 2005, it has paid attention to these dynamics and seen its results on the ground.

A case in point is Turkey's engagement with Somalia. The Turkish development model for Somalia has worked and made significant contributions to this country's efforts to stem violence and establish a certain degree of order, political representation and prosperity. While still dealing with terrorism, poverty and absence of a strong central government, Somalia is a better place than it was five years ago. The Turkish government and civil society institutions have invested heavily in Somalia to make Somalis themselves stand on their feet rather than creating new forms of dependence and exploitation.

Over the last decade, Turkey increased its number of embassies in Africa from 12 to 39 (to be 41 in 2018) and increased its trade fivefold-sixfold. President Recep Tayyip Erdoğan visited 24 African countries over the last several years and held two Turkey-Africa summits.

On the economic front, many African nations, though possessing rich natural resources, struggle with poverty and underdevelopment. A recent World Bank analysis of the continent says: "The outlook for the region remains challenging, with economic growth remaining well below the pre-crisis average. The moderate pace of growth will translate into only slow gains in per capita income, which declined in 2016/17, and will be far from sufficient to promote shared prosperity or accelerate poverty reduction." But the same report also notes: "Sub-Saharan Africa is projected to see a steady pickup in activity, with growth rising to 3.2% in 2018 and 3.5% in 2019 as commodity prices stabilize and domestic demand gradually gains ground, helped by slowing inflation and monetary policy easing."

There is no reason why the years to come should not be better for African economies. As the global economy's center of gravity moves towards the non-Western world, there may emerge new opportunities for African nations to diversify their economies. Global trade and investment may work in favor of African countries if national priorities are set right and followed through with discipline and determination.

It is against this background that President Erdoğan visited the three African nations of Sudan, Chad and Tunisia this week. The visit, a first at the presidential level from Turkey to these countries, focused on improving bilateral political and economic relations and saw the signing of several dozen agreements in various fields.

In Sudan, the reception was truly remarkable with thousands of people celebrating the visit and expressing their hope for closer relations. In addition to Khartoum, President Erdoğan also visited Port Sudan and historic Sawakin Island, which has been used as port for pilgrims across Africa for centuries. The Turkish Cooperation and Coordination Agency (TİKA) has restored two mosques and a port building on the island with more projects underway. Among other major projects, Turkey is to begin a big agricultural initiative in Sudan.

A similar scene was clearly visible in Chad where around 150 Turkish businessmen met with their counterparts from Chad to explore investment opportunities. Chad is one of the poorest countries in the world and needs constructive and sustainable help at various levels.

In Tunisia with which Turkey enjoys long historical and cultural relations, official business covered bilateral economic relations and regional political issues, including al-Quds and the relationship between Qatar and the other Gulf states. Turkey and Tunisia reaffirmed their partnership on these and other regional problems. Turkey has stood with Tunisia since the beginning of the Jasmine Revolution by providing credit lines, training security personnel and providing equipment.

It should be noted that African countries played an extremely positive role in the recent vote at the United Nations General Assembly on al-Quds rejecting the U.S.'s unilateral decision to declare Jerusalem the capital of Israel. This is not surprising because African nations are best suited to understand the suffering of the Palestinian people, as they themselves have been victims of colonialism, occupation, apartheid and collective punishment for the last several centuries. Among other things, the overall African perspective on the Palestinian question demonstrates that African nations follow regional and global issues with a clear sense of justice and conscience beyond short-term political and economic interests.

Africa is much more nuanced and multilayered than meets the eye at first sight. It deserves to be treated as an equal partner on the world stage. It needs peace, justice and stability and not new forms of exploitation. As the world re-discovers Africa, Africa opens up to the world. This should result in a relationship based on mutual interest, trust and partnership. This is the way to connect with Africa in a multipolar world.