Is a third world war in the works? 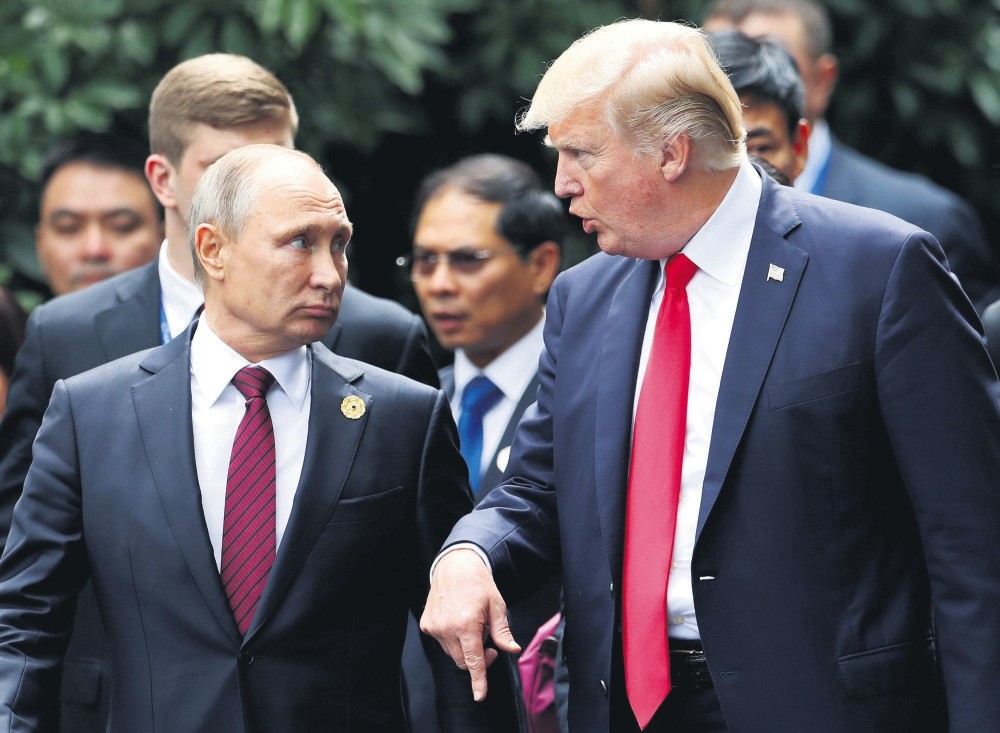 Are the United States and Russia going to war over the Syrian regime's use of chemical weapons on April 7 in Douma? Is this the beginning of a third world war? Despite the hyperbole and war of words, it is not. Rather, it is the unfinished business of the Cold War that left many things out of place.

There is strong evidence that Bashar Assad's regime used chemical weapons again on April 7. The World Health Organization (WHO) reported that about 500 people in Douma were treated for "signs and symptoms consistent with exposure to toxic chemicals." Over 70 people are believed to have died as a result of the attack. Those who died showed symptoms "consistent with exposure to highly toxic chemicals."

This is not the first time the regime has used chemical weapons on its people. When it did so back in 2013, the U.S. President Barack Obama set a red line but did nothing to either hold the regime accountable or take measures to ensure that such barbaric acts are not repeated. It was this failure by Obama that gave Russia and Iran the opportunity to enter the mayhem in Syria in full force. This is also what gave the Assad regime a new lifeline when it was about to crumble. A serious and strategic response then was very likely to change the course of the Syrian war and prevent future chemical attacks.

But the use of chemical weapons, an abominable war crime in and of itself, is just one part of the Syrian tragedy. Hundreds of thousands of people have died and millions became refugees and internally displaced people as a result of the most brutal war of the 21st century. As President Recep Tayyip Erdoğan has rightly said, far more people have died as a result of the use of conventional weapons and the international community has failed to respond to this drama, leaving the people of Syria to the barbarism of the Assad regime on the one hand, and Daesh and other terrorist groups on the other. The Syrian people did not and do not have to choose between the two monsters in the Syrian war. With few exceptions like Turkey, most of the world has turned its back on the Syrian people.The chemical attack on April 7 must be taken seriously and the regime must be held accountable for its war crimes. Possible measures include a military response in the form of destroying the regime's chemical and other lethal capabilities. Turkey supported a U.N. Security Council resolution to investigate the incident. The Organization for the Prohibition of Chemical Weapons (OPCW) is sending a delegation to Douma to verify the use of chemical weapons. It must be given full access to do its job.

The Trump administration is yet to make a decision on how to respond. Tensions are high between the U.S. and Russia, but they will not start a world war. Over the past four years, the Syrian saga has been used by world powers and regional players for their own geopolitical positioning. This is unlikely to change now. The main problem is that the focus is not ending the war but using it in various ways to exert influence in Syria, Iraq and beyond. The fight against Daesh is used as a mask to justify policies of expansion and political muscling. It is the Assad regime and its backers that benefit the most from this geopolitical brinkmanship, and the Syrian people continue to suffer.

The unfinished business of the Cold War is related to the fact that no sustainable order has emerged in the wake of the end of the bi-polar world system. The power disequilibrium that non-Western countries, particularly Russia and China, felt was destined to cause periodic disruptions in the global system. The failure of the international system to establish peace, order, freedom and prosperity for all has led to numerous catastrophes since the 1990s. The first Gulf War, the genocides in Bosnia and Rwanda, never-ending Palestinian suffering, the spread of failed states in Africa and Asia, the rise of terrorism and extremism and the growing gap between rich and poor are some of the consequences of this new era of global disorder and chaos. Countries like Russia see themselves as the losers of the power disequilibrium in the post-Cold War era, and they want to change in their favor. Syria is just a scene for this larger battle. The future of current wars, including the one in Syria, will depend on how and when a new power equilibrium is established. It will also depend on ensuring peace and justice for all.

As for the current tensions between the United States and Russia, it is likely to result in limited airstrikes by the United States on specific regime targets, as was the case last year in Khan Shaykhun. The Trump administration sent a strong message then, and is likely to do so now. Trump also wants to show the world that he is not Obama and that when he sees a red line crossed, he responds. Russia will continue to stand by the regime and seek to lower tensions to avoid any large-scale attack on regime forces.

While this strategy games unfolds, we have to remind ourselves that one may have the most sophisticated weapons in the world, but that does not mean that they have a smart strategy. Ending the Syrian war and the suffering of the Syrian people requires a strategy that must go beyond proxy wars and geopolitical muscling. It must focus on establishing a legitimate, democratic and inclusive political order without the Assad regime or terrorist networks like Daesh, al-Qaida, the Democratic Union Party (PYD) or the People's Protection Units (YPG).

Presidential spokesperson for the Republic of Turkey
Last Update: Apr 14, 2018 10:47 am
RELATED TOPICS