What does Turkey want in the Balkans? 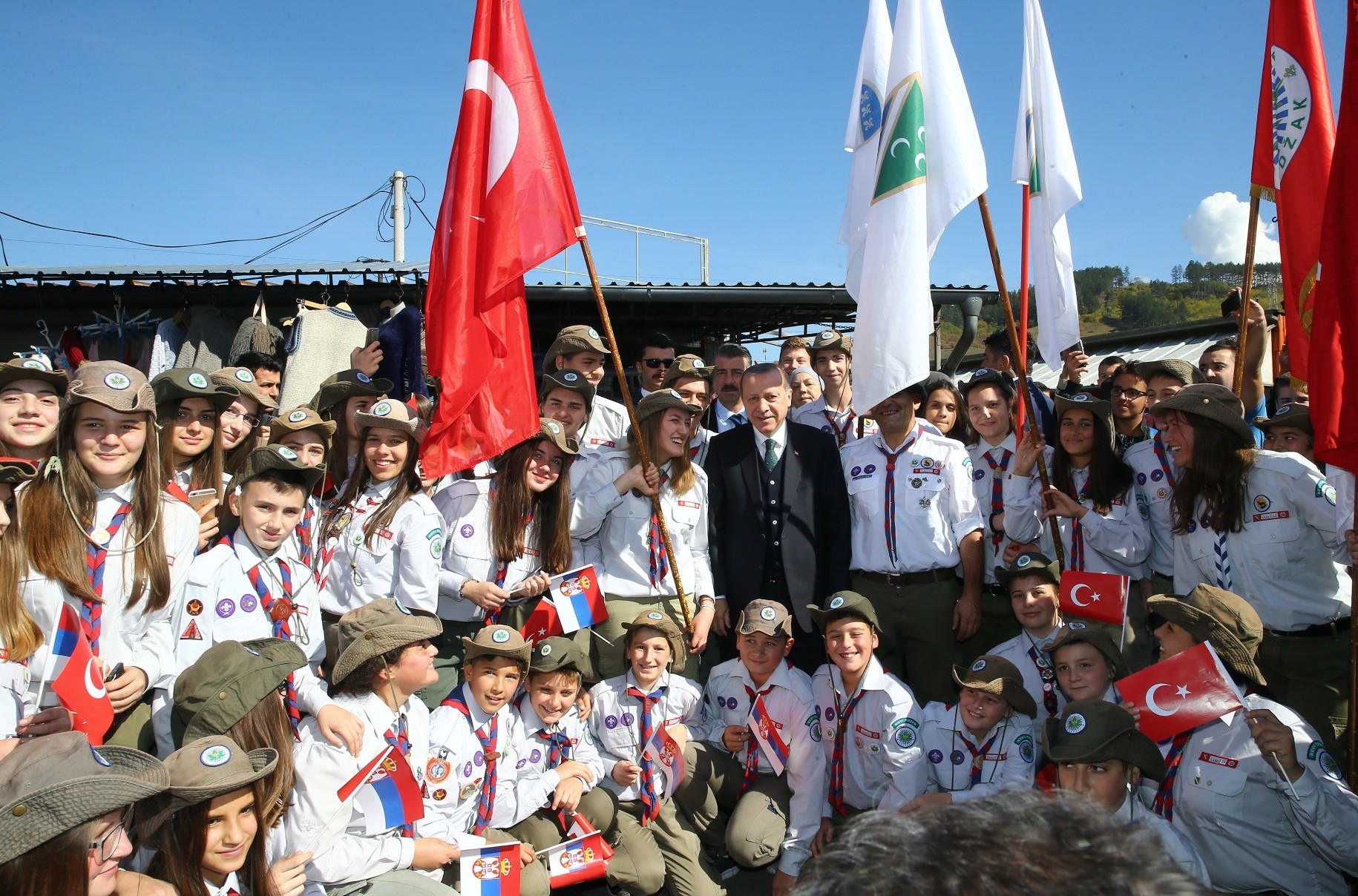 Turkey's relationship with the Balkans and southern Europe has always been a matter of interest for some. What does Turkey want in the Balkans? What is its so-called 'grand plan' for the region? An important meeting in Ankara organized by Turkish Cooperation and Coordination Agency (TİKA) this week sought to answer these questions. No need to panic: the answers are good for everyone.

Those who never stop making up stories about Turkey's Balkans policy need to know what Turkey is trying to do there. Let me give it a try with a few points.First of all, Turkey shares a common geography of mind and heart with the Balkans. Ever since the Balkans joined the larger Muslim world, Turks saw the region as their own home, building cities, roads, schools, hospitals, bridges, mosques and et cetera.

The various nations of the Balkans saw Turkey and the Ottoman Empire as part of the same geo-political imagination. This may seem too romantic or idealistic to some but the reality is that Turks, Albanians, Bosniaks and others built a culture and civilization that went beyond the frontier lines of the region.One cannot study and understand Ottoman cultural, religious, artistic and political life without recognizing the major contributions of literary, scholarly and political figures of Balkan origin.

Among many others, Turkey's national poet Mehmet Akif Ersoy and the prominent Turkish poet Yahya Kemal Beyatlı were from the Balkans. Several key members and founders of the Union and Progress Party were also from the Balkans. Şemsettin Sami, the great linguist and the author of the first major Ottoman dictionary, was from Albania.

Secondly, Turkey invests in all Balkan countries without discrimination in regards to ethnic and/or religious identities. Turkish government, state banks, private companies and nongovernmental organizations have carried out hundreds of projects across the Balkans and continue to do so.

Turkey does not see any contradiction between developing good relations with Serbia on the one hand and Bosnia-Herzegovina on the other. Turkey's efforts to have the state of Kosovo recognized by the international community help rather than hinder peace efforts in the region.

In recent years, Turkish state banks have opened new branches in the Balkan cities and increased their credit lines for all farmers and businessmen. Turkey exports livestock from Bosnia to help animal farmers. The Sarajevo-Belgrade highway will be completed by Turkish companies and serve as a "peace road" in the Balkans.

TİKA has completed hundreds of small and medium projects across the region and helps with capacity-building and technical aid. Turkey trains the security forces of several Balkan countries and provides for their needs. Last but not least, Turkey supports the NATO and EU membership process of Balkan countries.

These are just a few examples of Turkey's political and economic engagements in the Balkans. With this in mind, we can sum up Turkey's Balkan vision under three main headings: political stability, economic development and cultural flourishing.

Turkey has supported all initiatives to keep the Balkans politically calm and safe. The political stability of the region is of extreme importance not just for Europe but for the world. In a world of growing interdependence, no conflict is local anymore. They all have a spill over impact and can be deadly at times. So Turkey develops good relations with all parties to maintain political stability and security for all.Economic development is the cornerstone of Turkey's Balkan policy. Performing under their true potential, Balkan countries need serious and equal business opportunities rather than relations of dependence. Turkey has invested and encouraged its private sector to invest in all fields including trade, finance, communications, infrastructure, construction, energy and agriculture. Currently there are hundreds Turkish companies doing business in the Balkans, employing thousands of local people.

The third dimension is culture and arts where Turkish and Balkan traditions merge in a shared legacy. Ottomans built many of their great works of architecture in the western lands of the empire and this includes southern Europe and the Balkans.

A cultural flourishing is key to remembering the tradition and recognizing the realities of modernity. One does not have to come at the expense of the other.

Having a vibrant cultural and artistic tradition, Turkish, Bosniak, Albanian, Macedonian, Serbian, Slovenian, Bulgarian and Greek authors, poets, painters and other artists can learn from each other and create works of great art by fusing their respective horizons. Turkey supports such programs to create a common space of reflection and creativity.

It is in this context that Turkey provides educational scholarships for Balkan students and hundreds of them get a good education in Turkey. Religious education is of particular importance because Turkey's record on this issue is an insurance against such aberrations as violent extremism, radicalism and terrorism.

Turkey opposes al-Qaida and Daesh with their ideology and understanding of the religion of Islam. Though these terrorist organizations have some members from the Balkan Muslim communities, they have not been able to penetrate the society. But one cannot be too careful here. That's why Turkey supports educational programs to make sure that Islam is taught properly.

Another danger is the Gülenist Terror Group (FETÖ) terrorist network in the Balkans. Given its pervert and cultish belief system, FETÖ poses a threat not just to Turkey but also to the Balkan countries. They function under the guise of such innocent terms as service, education and interreligious dialogue and tolerance but everyone should know their true face.

They not only infiltrated the Turkish state but also staged the July 15 coup attempt in Turkey. They have caused damage to the faith of Islam as much as al-Qaida and Daesh terrorist groups. Everyone in the Balkans must be vigilant against this threat.

Turkey's goal in the Balkans is not to seek influence but to ensure political stability, spur economic development and support cultural and educational activities. Turkey opposes micro-nationalisms of all kinds. It also opposes foreign intervention. National and local issues should be led and owned by local people and national authorities. A strong Turkey is good for the Balkans and a stable and prosperous Balkans is good for Turkey and the world.