Why did Erdoğan win? 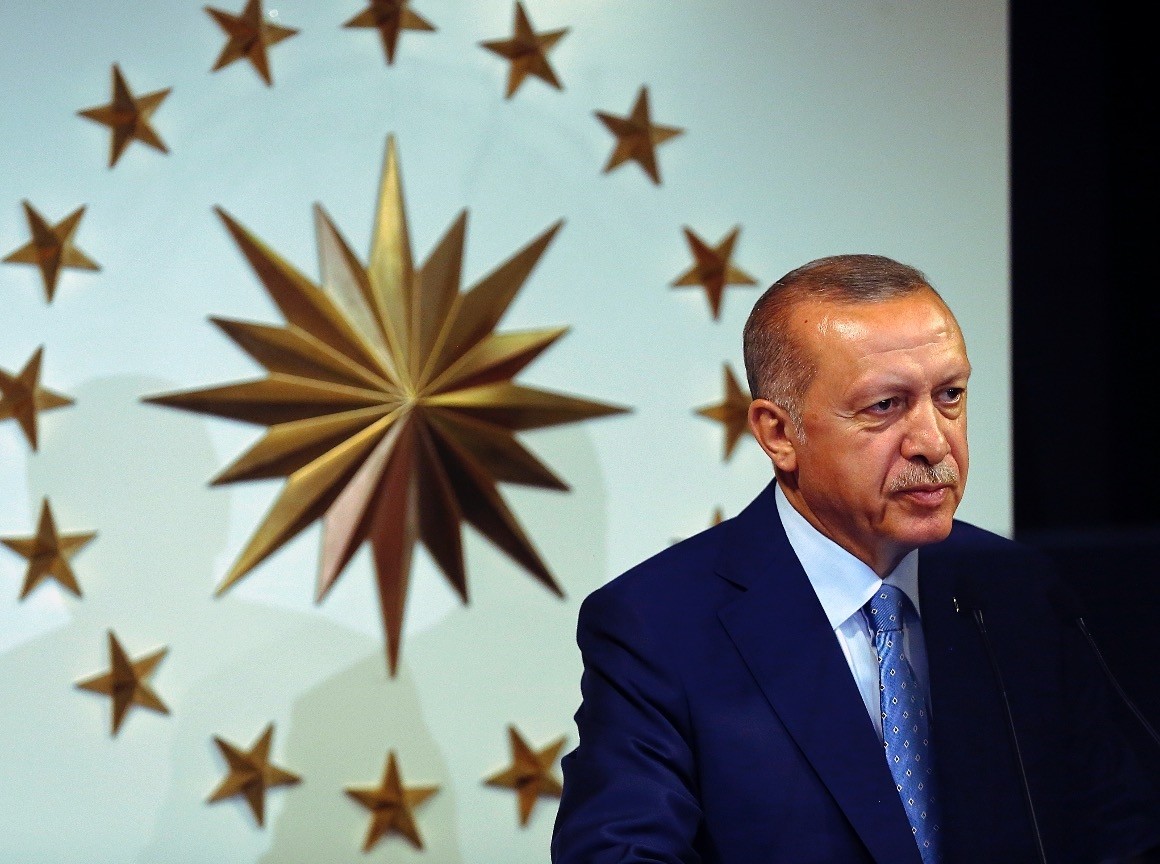 President Erdou011fan at a press conference after voting for the presidential and parliamentary elections closed, Istanbul, Sunday.
by İbrahim Kalın Jun 26, 2018 12:00 am

Turkish voters went to the polls on June 24 in a critical election for the presidency and Parliament. The level of participation was high again at over 80 percent. President Recep Tayyip Erdoğan received 52.5 percent of the vote to clinch his re-election. He received approximately 10 million votes more than his closest opponent. The Justice and Development Party (AK Party) won another landslide victory with 42.5 percent. The People's Alliance, comprised of the AK Party and the Nationalist Movement Party (MHP), has a comfortable majority in Parliament.

The results show the people's continuing confidence in Erdoğan and his party. Equally important is the support given to the new presidential system. Erdoğan has thus been elected as the first president of the new system. In a fiercely contested election, Erdoğan ran an effective campaign and maintained his popularity with the people. Opposition parties scored some points but failed to garner enough support to challenge Erdoğan's strong standing in Turkish politics. Having been in power for 16 years and with 13 elections and referenda wins, Erdoğan led his closest rival by more than 20 points. There is no other living political figure anywhere in the world who can claim this title. This speaks volumes about not only his political genius but also the sociopolitical realities of Turkish society, which many outside observers fail to understand.

Erdoğan and his AK Party have remained popular in Turkey thanks to their strong track record since 2002. The overwhelming majority of voters applaud Erdoğan's leadership and maintain that he successfully fixed the Turkish economy, created a more resilient and inclusive political system and made people from diverse backgrounds more welcome in the fields of economy, politics and social mobilization.Erdoğan's secret to success is his track record of putting the people first. Beyond the never-ending fray of party politics and identity politics, Erdoğan has worked tirelessly to raise the level of living standards of millions of low- and middle-income families and invested in education, health, infrastructure, roads, airports and public housing. He has been a champion of social justice policies that have worked to the benefit of both urban and rural communities across the country.

Erdoğan's success is not just about service politics. He has opened up the social and political space of the country to diverse identities including religious individuals, Kurds, Alevis and non-Muslim minorities like Jews, the Greek Orthodox community, Armenians and Assyrians. The ban on the Kurdish language has been lifted and Kurds, like other ethnic groups, can express themselves freely. The path to vertical and horizontal social mobility has been opened to them. In fact, Erdoğan has many Kurdish figures in his ranks. He maintains a strong bond with all segments of Turkish society including the Kurds. By making a clear distinction between the PKK terrorist organization and the Kurds, he has freed them from the oppression and subversion of this terror network that cares more about its own survival than the real issues of the Kurdish people.

In foreign policy, he has expanded Turkey's international outlook and reached out to such diverse regions as Africa, Asia and Latin America. He does not see foreign policy as a zero-sum game: being a NATO member and a candidate country for EU membership does not contradict Turkey's engagements in other parts of the world. As a matter of fact, having a 360-degree foreign policy outlook is necessary for Turkey's national interests in the tumultuous world beyond Turkey's borders.Turkey's efforts to help the oppressed people of the world have resonated globally, garnering the support of hundreds of millions people in the Muslim world and elsewhere. Erdoğan's call for global justice, which he sums up with his "The World is Bigger than Five" slogan, may irritate some centers of power but it addresses one of the fundamental flaws of the current global order. It is thus not surprising that people celebrated his election victory not only in Turkey but also in Palestine, Somalia, Myanmar, Afghanistan, Pakistan, Central Asia, the Balkans and many other places.The opposition must start taking responsibility for their shortcomings. Over the past 16 years, Erdoğan promoted civilian oversight over the military and undermined the self-appointed guardians of the Turkish state. At this point, the only way to exercise political power in Turkey is to win popular elections. Erdoğan put this challenge before himself and won. The opposition parties will have to work harder and listen more carefully to Turkish voters outside their comfort zones of identity politics and smear campaigns.

There has been no shortage of disinformation about the Turkish elections in recent weeks. Some in Western media acted as political activists promoting opposition candidates rather than reporting the facts on the ground. As before, their predictions for the fall of Erdoğan turned out to be false again. Their selective coverage had a clear agenda of manipulating readers and viewers, but none of these tactics worked. This raises serious questions about their credibility. Worse, they keep failing to understand Turkey's social and political dynamics. This election should be another lesson for them.

Some outside observers could not see Erdoğan's victory coming because they depend on unreliable sources of information from marginal individuals and groups that provide biased perspectives or reach conclusions about Turkey in closed-door meetings at think tanks in Western capitals. Some of the self-proclaimed Turkey "experts" do not even have the basic credentials to provide any serious analysis about Turkey.The June 24 presidential and parliamentary elections were not just about Erdoğan but also about the opposition. The results are clear. As Turkey enters a new era with the presidential system, it remains an island of stability and prosperity in a troubled region.

Presidential spokesperson for the Republic of Turkey
Last Update: Jun 26, 2018 1:14 am
RELATED TOPICS