Saudis have one option to save face in the world 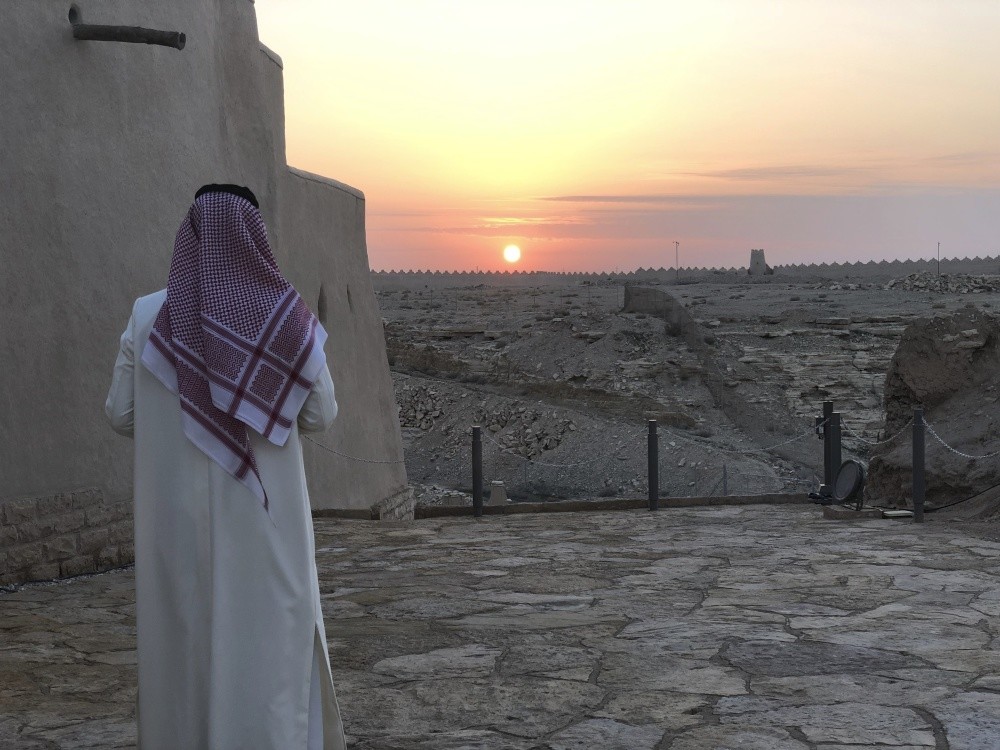 In order to secure their position in the Middle East, Saudis have no choice but to adapt their policies according to regional developments and fix their ties with Turkey

The Trump administration's sudden decision to withdraw the United States' forces from Syria drastically changes the balance of power in the Middle East. Emerging as a regional power in 2011, Turkey's political influence in the region is now indisputable. Despite innumerous attempts made to halt the ascent of Turkey's regional power and the resultant political and social traumas that Turkey went through in the last decade, President Recep Tayyip Erdoğan's political uprightness together with his unyielding against-all-odds attitude and principle of "standing for the right" has concluded this stretch in favor of Turkey.

In 2011, Turkey was shining on the world stage as a democratic Muslim country that was being administered by a conservative and pious leadership, prioritizing the freedom of thought and faith, and promising economic growth and welfare. Seen from the Arab streets, Turkey has been a true role model. Living under the yoke of dictators for decades, the Arab nations had been struggling in the midst of desperate living conditions, authoritarian rules and political corruption. The rich resources of many of those countries had been exploited either by a military or royal oligarch or by Western colonialism itself. Inspired by the image of the new Turkey, Arab people took the streets and eventually rebelled. In other words, it was not the Western democracies, but the democracy of Turkey as a Muslim country that inspired the Arab Spring.

When the Syrian civil war erupted, numerous national and international attempts had been made to halt the rise of Turkey as a regional power. In retrospect, the last decade has been a success story for Turkey which has reappeared in the Middle East as a regional power after reversing the most unfavorable conditions to her advantage.

In 2011, Turkey was shining not only with her growing economy, but also with the demilitarization of politics. Yet, while we were celebrating the end of a long-standing military tutelage over the Turkish democracy, nobody was aware that Turkey was falling to the grips of yet another tutelage construct, i.e. the Gülenist Terror Group (FETÖ).

Meanwhile, the Obama administration's attempt to integrate Iran into the new world order concluded with the rise of Iran as an imperial regional power. Appearing as the main rivals of Iran, Saudi Arabia and the United Arab Emirates (UAE) actually took Turkey's working democracy as a threat for their authoritarian systems of rule. They certainly wished for the success of FETÖ's failed coup d'état.

The Obama administration's impotence in the Middle East resulted in the rising of the Russian power which has realized a true comeback on the international stage after the end of the Cold War.

Standing with her Western allies, Turkey lost her efficiency in Syria and faced numerous attacks from three ferocious terrorist organizations, i.e. the PKK, Daesh, and FETÖ.

As soon as we began to adopt our own independent policies, Turkey re-emerged as an indisputable power in her region.

These policies were as follows:

Turkey has initiated the Astana meetings with Iran and Russia for the peaceful resolution of the Syrian civil war. Turkey has won the war against terrorist organizations within its borders.

With Operation Euphrates Shield, Daesh was annihilated, and Turkey demonstrated to the whole world that it was not simply a "paper tiger." With Operation Olive Branch, the outlawed PKK was defeated outside of Turkish borders, and thus their so-called legend was unmasked and they were shown as a weak terrorist organization. Turkey's upright stance convinced the Trump administration to withdraw from Syria.

Openly competing with Iran, the Kingdom of Saudi Arabia has secretly begun to compete with Turkey as well in the Syrian civil war. As the pro-Israel crown prince of the UAE greatly influences the crown prince of Saudi Arabia, a Gulf alliance has been formed in favor of the murderous Israel. Treating them as a petrol station, the U.S. has degraded the status of Saudi Arabia as an independent state. After the ferocious murder of journalist Jamal Khashoggi, the Saudi kingdom has become the symbol of injustice and unlawfulness in the world.

As Turkey continues to stand as a permanent and stable regional power, the Saudis and their allies in the Gulf must either re-integrate themselves into the Middle Eastern political ecosystem or else struggle in vain to weaken Turkey's regional power under the guise of competing with Iran. If they would like to acquire a prestigious international status as an independent state, they have no choice other than building a rapprochement with Turkey and returning back to the Middle Eastern political ecosystem.

İhsan Aktaş is Chairman of the Board of GENAR Research Company. He is an academic at the Department of Communication at Istanbul Medipol University.
Last Update: Dec 29, 2018 8:00 am
RELATED TOPICS