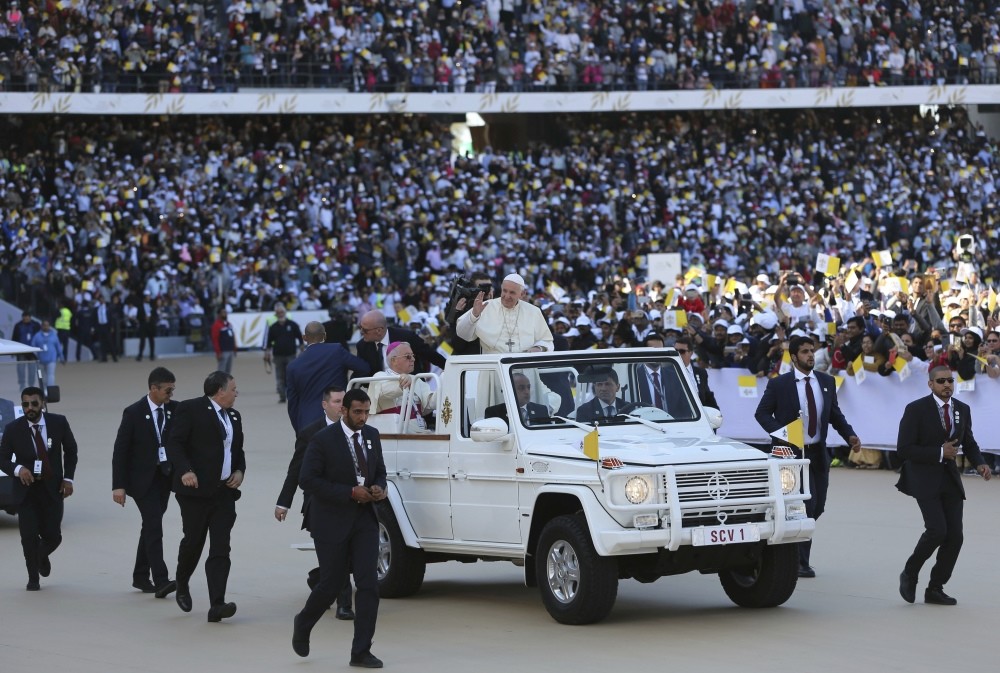 Last week, Pope Francis visited the United Arab Emirates. It was not a usual occurrence and in fact, it was the first time that a Roman Catholic pontiff visited peninsular Arabia.

So what does this historical occurrence mean?

British and French governments remained in the Middle East as occupying forces until the early 1950s when the burst of movements of the national liberation forced them to leave. It was no doubt an ostensible withdrawal, as the British had never fully abandoned their former colonies, including their precious India.

During the period of savage capitalism, the Western colonial empire not only pillaged natural resources in Africa, America and Asia but also enslaved millions of people. After the end of the colonial period, a new kind of colonialism emerged. As a president of a former colonial country strikingly said, colonized people have succeeded in unshackling the chains around their bodies but not their minds. Formerly, they had strong feelings of rage and rebellion against the colonization of their country. Although they managed to achieve legal independence, they were still dependent on Western powers that found new ways to colonize. "Not only have we still been struggling against poverty and exploitation," exclaimed the aforementioned president, "but our souls have also been enslaved."

Moving from the experience acquired from the occupation of India, the British colonial empire governed Muslim lands by engaging in political intrigue, fake religious sects and domineering Muslim peoples with the assistance of Muslim governors.

After these countries acquired their independence, the roles of the colonial governors were taken over by Western-oriented dictators. The dictators of Middle Eastern countries commonly continued to oppose Israel as a means to legitimize and ensue their authoritarian rule.

In this historical picture, Turkey emerged as an irreplaceable power for the Western colonial empire. Therefore, Turkey's will toward full independence by returning to its own historical identity has always troubled leading Western powers. During the Arab Spring, Arabic people rebelled through inspiration emanating not from the British or French, but from the Turkish experience.

From the Arabic streets, Turkey appears as a democratic country that has been governed by religious or conservative politicians that prioritize freedom of religion and conscience and that has been steadily growing in economic terms.

In the face of the Arab Spring, Western powers made two essential moves: first, the Egyptian revolution was paralyzed by a coup d'état, Libya was militarily occupied and Syria was dragged into a full-scale civil war. In Tunisia, Muslim leader Rached Ghannouchi succeeded in establishing a stable constitutional democracy. The second move by the Western powers was to discredit Turkey as a role model through the combined threat that the PKK, the Gülenist Terror Group (FETÖ) and Daesh posed against Turkey's political stability and peace.

While Western powers aim to prevent Turkey's rise as a regional power, they came close to the United Arab Emirates, Egypt and Saudi Arabia. Not only do all these countries cooperate with Israel, but they also oppose Turkey's rising power. Yet, it is not possible to stop the course of history; one can only slow it down. Under any circumstances, Turkey has already emerged as a regional power.