Erbakan's legacy and the end of military tutelage in Turkey 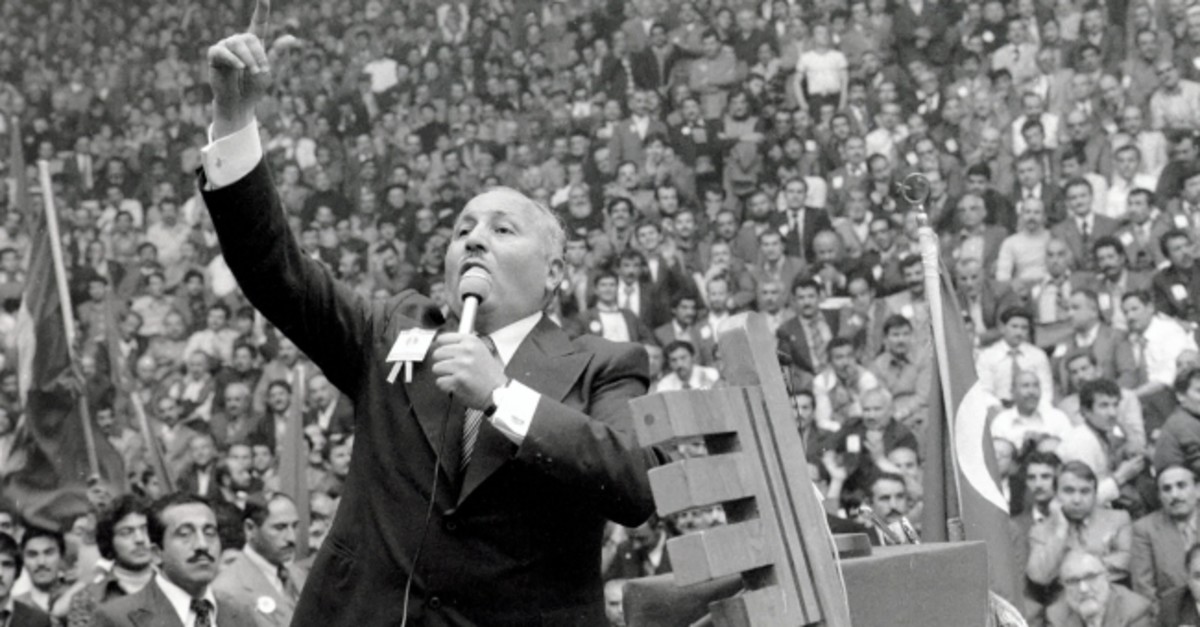 An archive photo depicts the late Prime Minister Necmettin Erbakan delivering a speech to his partyu2019s supporters in a mass rally.
by Ihsan Aktaş Mar 02, 2019 12:18 am

The military elite succeeded in overthrowing the late Prime Minister Erbakan in 1997, but couldn't prevent a much stronger political power with a similar historical vision from entering the stage in 2002

In the age of empires, whenever a country occupied the land of another country, the people residing in those conquered lands were often treated justly with tolerance and righteousness. For this reason alone, the empire of Alexander the Great, the Roman Empire and the Ottoman Empire succeeded in ruling over a vast number of people from various races and religions.

The industrial revolution and the succeeding period of colonialization drastically changed the course of history. Up until the end of World War I, the world had fallen under the hegemony of Western colonial empires.

At the height of British rule, almost all countries in Asia and Africa, including the precious lands of the Ottoman Empire, were occupied by Western colonialism. Occupying our lands in the beginning of the 20th century, the colonial empire now aims at undermining Turkey's foundation, from religion and history to state and tradition, to stop it from reawakening and revitalizing itself.

Beginning with the Imperial Edict of Gülhane and culminating with the republic, radical policies of Westernization aimed to establish in Turkey a modern nation-state modeled after France and the United Kingdom.

During the early Republican period, people were embittered by the Jacobin policies of one-party rule. When the Democrat Party (DP) came to power through Turkey's transition to a multiparty democracy, people at last found a channel for conveying their demands and resentment on the state level. Anxious about losing control of the country, Republican People's Party's (CHP) leader İsmet İnönü paved the way for the realization of the coup d'état of 1960 and the unlawful execution of Prime Minister Adnan Menderes.

In fact, after the end of World War II and by the beginning of the Cold War, Turkey had no other choice than to switch to a multiparty electoral system. The victors of World War II reshaped the constitutions of the countries on the defeated side. Although Turkey did not get involved in the war, the constitution of 1960 was designed within the framework of Turkey's membership in NATO. Openly Western-oriented, the so-called "second republic" was designed to be ruled by a Western-oriented civil and military bureaucratic tutelage. In the following decades, Turkey was governed through military interventions that were supported by the invisible hand of Western colonial powers.

After the military intervention of 1980, the civil and bureaucratic elite prioritized the concept of "stability." However, prioritizing development, openness and democratization rather than stability, then-President Turgut Özal was able to lay the foundation for a new Turkey. It seemed that the age of coup d'états was long gone.

When the Welfare Party (RP) rose to power in 1997, Turkey's long-standing but unspoken issues were brought to the table. Prime Minister Necmettin Erbakan emphasized the colonial character of the Western powers without sanctifying their hypocritical discourse on democracy. Using the Ottoman legacy as a guide, Erbakan strove to revitalize our collective conscious regarding Turkey's historical role. In his article "Islam and Science," he focused on the historical supremacy of Islamic civilization over Western civilization in terms of science. As an engineer, he encouraged the rise of innovation and technology, and Turkey's economy began to steadily grow. In addition, Erbakan also succeeded in reintroducing Turkey to the international arena as a regional power.

This progress did not befit a country designed by Western powers as a semi-colonized country. Their model of ruling Turkey through colonial representatives ended thanks to Erbakan's leadership.

Although the colonial military and civil bureaucratic elite succeeded in overthrowing the political power of the RP with a coup d'état on Feb. 28, 1997, a much stronger political power with a similar historical vision entered the stage in 2002 — the Justice and Development Party (AK Party) of President Recep Tayyip Erdoğan.