CHP is resigned to the fact that it cannot win 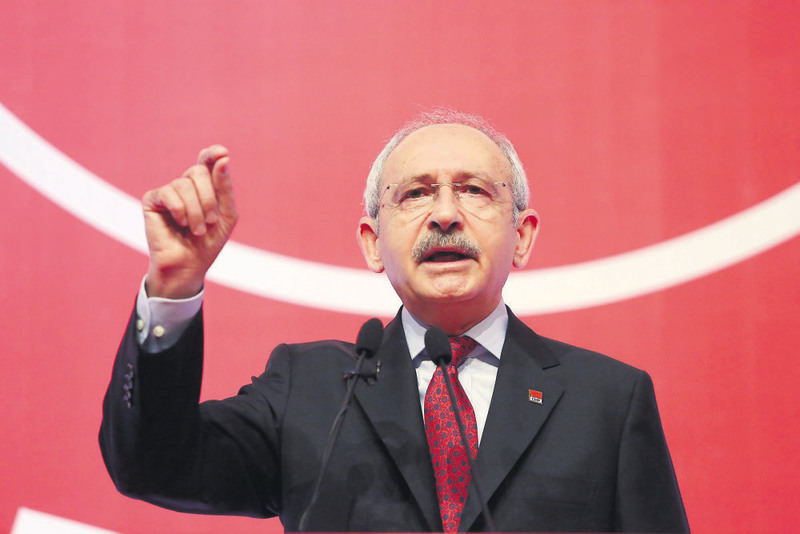 CHP leader Kemal Kılıçdaroğlu has publicly announced his party aims to capture 35 percent of the votes. That is fine but he and his colleagues in the CHP know well that you cannot come to power and win a majority in Parliament with such a percentage

When the main opposition Republican People's Party (CHP) recruited a leading PR company and started campaigning for more money for pensioners, we had some high hopes that at last we would get a proper alternative to the Justice and Development Party (AK Party). But developments in the past week showed it was only wishful thinking.

That is sad because Turkey's democracy needs viable alternatives to the AK Party, which has been playing a lop-sided game for the past 12 years. This may look good on the surface but it is unhealthy as it only serves to weaken the democratic fire in the country and hurt the dynamism of the ruling party. Thus you have a sluggish opposition and a ruling party that is not being kept on its toes by the fire of the opposition parties.

The CHP has announced its elections manifesto, which is full of economic and social promises that sound very good to the masses. The only negative part is the claim that the CHP will wipe out poverty. If anyone had such a golden formula they would have done it long ago. But if CHP economists have really come up with such a solution then they will not only save the Turkish people but will end poverty in the world. They should share this golden formula with the World Bank and the International Monetary Fund as well as the United Nations Development program. The CHP's economic team could even win next year's Nobel Prize for Economics.

Of course the opposition has the luxury of promising everything and criticizing everything. However, when it comes to election time you also have to show the people that you will deliver if they vote for you. We will not question whether the CHP can find the funds to increase the minimum wage and make it exempt from taxes even though this means businessmen will be forced to cut down on the labor force and the CHP then has to cope with unemployment. However, they have the right to promise but they also have to show the people that they can come to power to do all this. This is where the problem lies.CHP leader Kemal Kılıçdaroğlu has publicly announced his party aims to capture 35 percent of the votes. That is fine but he and his colleagues in the CHP know well that you cannot come to power and win a majority in Parliament with such a percentage. So Kılıçdaroğlu is resigned to the fact that his party will not win a majority and this means he hopes that if the votes of the AK Party drop considerably then he can form a coalition with other parties and come to power.

With its achievements and its failures, the AK Party has served this country for more than 12 years and has introduced stability and continuity that has been appreciated by the Turkish masses. People remember the sad old days when Turkey was run by coalition governments and no one wants new coalitions in Turkey if this can be avoided.

So when Kılıçdaroğlu shows he is resigned to the fact that he cannot win a majority and will settle for a coalition he is at a disadvantage in two ways.

First he is signaling to the masses that despite his elections promises he will not be able to deliver most of them or some of them because if he becomes a coalition partner other parties may not allow his moves.

The other is that he cannot win a majority and these promises will just remain in the air.

This is not the way things are done in politics. You say you will come to power and deliver all these promises unconditionally. A party like the CHP should not build its strategy on the failures of the AK Party but on its own potential to win the elections.
Last Update: Apr 21, 2015 1:36 am
RELATED TOPICS