Eid is not Eid, and Ramadan is not Ramadan 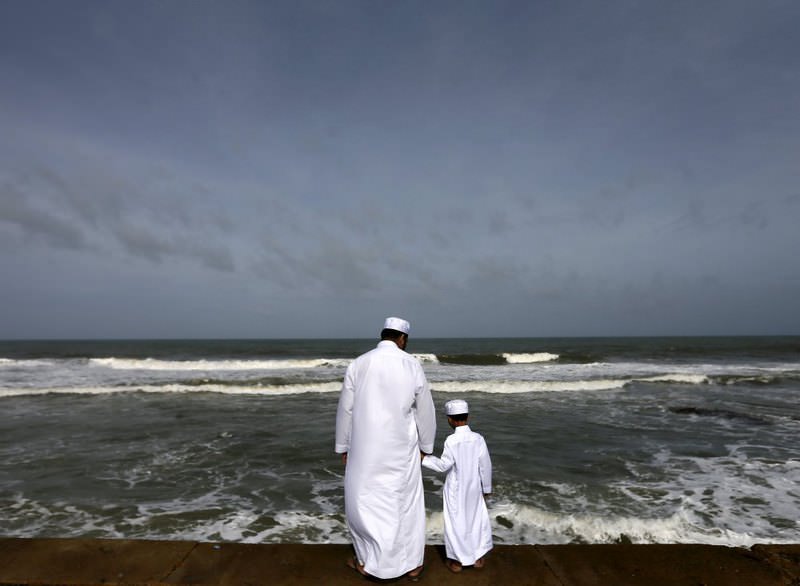 A Sri Lankan Muslim father and son stand in front of the sea during morning prayers of Eid al-Fitr celebrations marking the end of Ramadan.
by İlnur Çevik Jul 20, 2015 12:00 am

The holy season is over with the end of Ramadan and Eid al-Fitr. Now it is back to work and business as usual. The summer is here, and the holiday season will continue for some of us, but for politicians and journalists, the search for a coalition will keep us busy at least for the next two months.

For us Muslims, Ramadan was not a month in which we only felt the hunger of the poor and the depravity through the long summer days as we fasted. It was also a period when we did much soul searching and tried to cleanse our hearts and spirits.

However, it is sad that while some of us made a sincere effort to mark Ramadan as it should be, quite a few turned the holy month into a period of idleness. In the afternoons people left work early and simply went home to bed to overcome the long fasting hours. Is this really how Ramadan should have been marked?

Many people came out to work late because they went to bed early in the morning, as they had dinner before dawn and then started fasting.

Fasting is a very sacred form of worship that the great religion of Islam has granted us to discipline and remind us of our social responsibilities. Yet Ramadan does not mean laziness and apathy.

On the contrary, hard work, despite the odds of the long summer days and maintaining our routines, should have been a priority in winning the benediction of the Almighty.

Ramadan also marks the month when the holy Quran was revealed to the Prophet Muhammad, and thus it marks the birth of Islam.

With Eid al-Fitr we not only celebrate the end of the fasting period, but we also rejoice at the birth of our great religion. This is supposed to be the time when we rejoice in Islam, meet our relatives, neighbors and friends, bury enmities and resentments and make amends. It is the time when we tend to the poor, sick, underprivileged and the hopeless.

However, we now witness that even before the advent of Eid al-Fitr people deserted the major cities and flocked in the tens of thousands to holiday resorts. The coasts were so full that people had to spend huge amounts of money to spend a couple of days to brace very adverse conditions to survive in these resorts.

We see with sadness that the tradition of Eid al-Fitr of people embracing each other and tending to the poor and the needy is on the way out in the major cities while the tradition still survives in villages and rural areas.

All this points to one thing. We need a serious revival of our traditions and values and how we apply them in our daily lives. Ways and means of religious education have to be re-evaluated, and some deep-rooted reforms are needed so that true religious values can be taught to the masses instead of the current way of speech of our religious elite that no one really understands. We have to merge contemporary values and needs with religious teaching and traditions.
RELATED TOPICS