Turkey heads to the ballot box 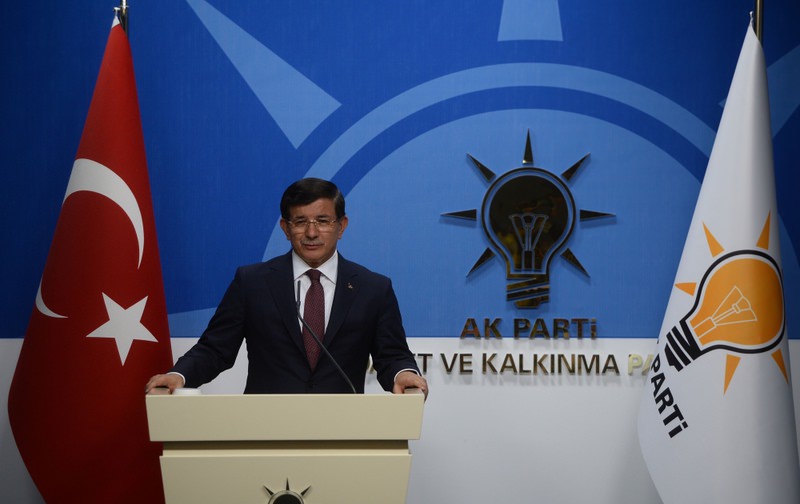 The AK Party Chairman and the Prime Minister Ahmet Davutou011flu talks about the meeting with CHP Cahirman Kemal Ku0131lu0131u00e7ardou011flu, declaring a coalition government isn't on the way.
by İlnur Çevik Aug 14, 2015 12:00 am

Despite progress in talks between the AK Party and the CHP, the leaders failed to bridge the significant differences in foreign policy and education reforms failing to form a coalition government

Justice and Development Party (AK Party) Chairman and Prime Minister Ahmet Davutoğlu and Republican People's Party (CHP) leader Kemal Kılıçdaroğlu have completed their inconclusive coalition negotiations and now it has become a strong possibility that Turkey will go back to the polling stations by the end of the year to elect a new Parliament.

Those who do not want early elections and who strongly want a coalition government to be formed have created the image that President Recep Tayyip Erdoğan is the culprit for the failure of the AK Party-CHP coalition talks.

It is no secret that President Erdoğan favors early elections, however, it is the PKK terrorist organization that does not want early elections and thus is trying its best to push the Turkish public to force the establishment of a coalition and thus prevent the elections. The PKK does not want early elections because they want the current political picture to continue thus giving them the opportunity to exploit the uncertainties and grab more concessions from the Turkish state. The PKK also feels in case of new elections its political allies the pro-Kurdish Peoples' Democratic Party (HDP) will not win the record 13 percent it gained in the June elections and the incredible 80 seats.

Speaking to the press after meeting Kılıçdaroğlu, Prime Minister Davutoğlu said it has now become a strong possibility that early elections will be held.

Davutoğlu also stressed he does not want early elections to be held under the directives of the president but wants Parliament to take this decision. According to Turkish law, if a coalition government cannot be formed in 45 days then the president is authorized to call early elections. Davutoğlu said this should be done by Parliament thus enhancing the democratic image of the house.

The prime minister said he will from now on discuss with the political parties the possibility of Parliament taking a decision on early elections.

The prime minister said he will of course meet with the leader of the Nationalist Movement Party (MHP) Devlet Bahçeli if the need arises.

It is clear that the real problem that needs to be solved today is the kind of government that can be formed as Turkey heads to the ballot box. The government has to shoulder the responsibility to lowering the 10 percent election threshold as well as many other reforms.
Last Update: Aug 14, 2015 1:52 am
RELATED TOPICS