Southeastern Anatolia does not belong to Kurds 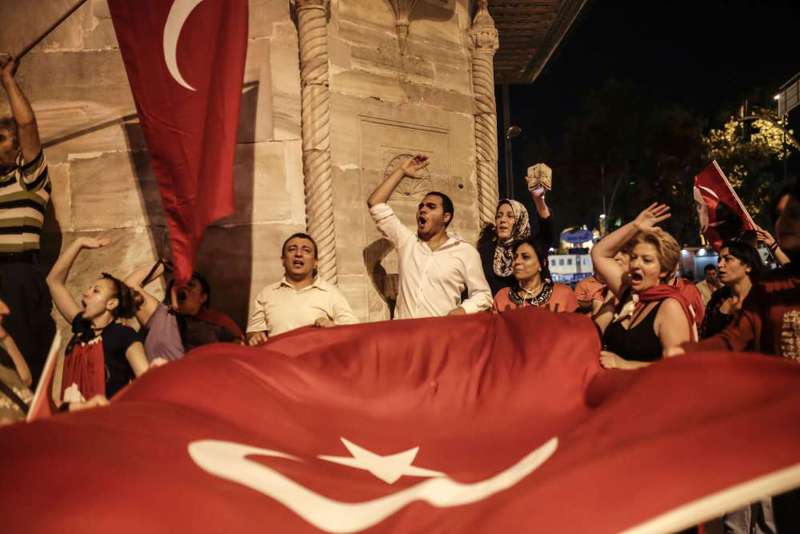 Tensions of the public have risen sharply in the past few days as the PKK has organized terrorist attacks against the army, police officers and civilians.
by İlnur Çevik Sep 11, 2015 12:00 am

Those who voted for the HDP in the June 7 elections in the name of peace, are shocked by the party's support for the PKK's continuing terrorist attacks

The southeastern Anatolian region does not belong to the Kurds just as Turkey does not belong to Turks only. Turkey belongs to all of us - Turks, Kurds, Arabs, Georgians, the Laz and people from many other ethnic groups who believe in this country, who share the same flag, the same language, the same religion as well as the same culture and traditions.

The officials at the mass circulation daily Hürriyet still boast that the motto of the paper that is placed just next to its logo is "Turkey belongs to the Turks," which to say the least is hypocritical. These people who claim to be liberals still believe in the merits of nationalistic mottos that should have been long abandoned.

Members of the Kurdish political movement cannot and should not side with PKK militants who are using terrorism to enforce their rebellion and pacify the millions of people living in the region through humiliation tactics, threats and violence. If you try to grab the southeastern border city of Cizre, declare it an autonomous zone, create your own so-called security force, try to rule it outside the Turkish state system, mine the roads and dig hedges, then you are only inviting serious trouble and that is what is happening in Cizre at the moment.

Kurdish nationalist Peoples' Democratic Party (HDP) Co-Chair Selahattin Demirtaş and two HDP affiliated ministers have tried to rush to the region to "help" the PKK consolidate its hold on Cizre instead of opposing the secessionist activities in the city. Demirtaş should have known way back in October when he ordered the Kurds into the streets to protest Kobani that he was letting the cat out of the bag and he was prescribing for great trouble that has resulted in what is happening in Cizre at the moment.

The Turkish state is capable of restoring order and making the state sovereign all over Turkey including eastern and southeastern Anatolia. That is why the HDP should have never pushed people into an adventure that today has backfired on them. We will see this in Diyarbakır today as the state starts making its presence felt. Istanbul belongs to all of us as do Diyarbakır and Van.

The PKK tried to exploit the current political power vacuum in Turkey after the June 7 elections, it wanted to exploit the general situation in Syria where pro-PKK elements have started to create their own mini state in northern Syria and felt they could do the same in Turkey. The HDP and its leadership should tell everyone very openly on which side they stand. Until now all they have done suggests they are on the side of secessionist policies.
Last Update: Sep 11, 2015 2:09 am
RELATED TOPICS