Can Putin afford to fall at odds with Erdoğan? 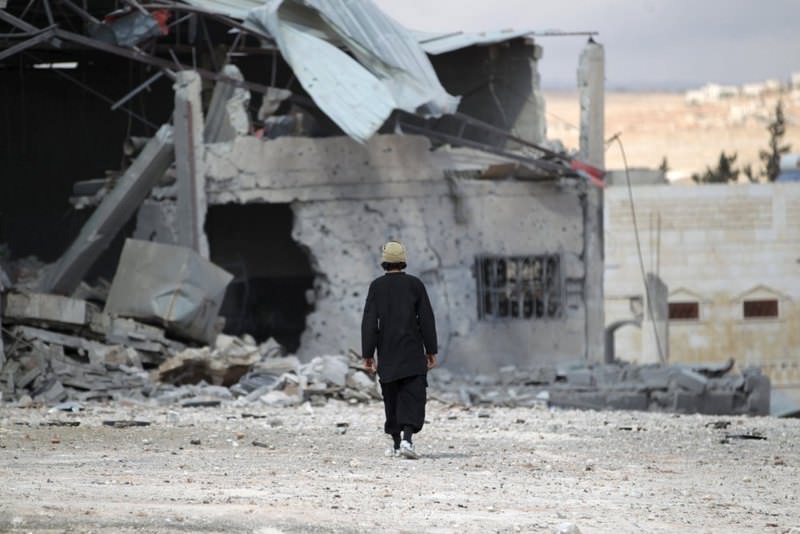 Airstrikes carried out by the Russian air force have destroyed many buildings in Syrian towns.
by İlnur Çevik
Oct 09, 2015 12:00 am

The violation of Turkish airspace by two Russian planes caused trouble for Moscow. Now, it seems that Russian-Turkish relations will be reshaped by Putin's statements

Turks are patient people. They tolerate all kinds of setbacks and difficulties; they try to approach issues with goodwill and understanding and try to find a bright spot in the dark. The same goes with Turkish leaders. However, when you cross the line with President Recep Tayyip Erdoğan, then things really change... You only need to look at the Bashar Assad example to understand this.

Russia has been playing its own game in Syria for quite some time but now they seem to be reaching a crossroads where they have to do some deep thinking.

You cannot run amok in Syria and expect the Turks to look the other way. You cannot harass Turkish air defense systems, our jet fighters and violate our airspace systematically and expect the Turks to tolerate this. Only fools of the Kurdish nationalist Peoples' Democratic Party (HDP) will back Moscow and say "no harm has been done just by a Russian jet veering into the Turkish airspace for a few seconds..."

Russia has irked Ankara by starting its military intervention in Syria through bombing groups opposed to the Assad regime with the pretext of fighting terrorism. As if this was not enough, two Russian MIG fighters entered Turkish airspace for more than three minutes on two occasions and the Russians called it "a mistake that lasted a few minutes." But then when Russian and probably Syrian fighters locked on to our F-16 jets patrolling our borders in Turkish airspace and when Russian ground to air missile systems locked on to our planes, the real aims of the Russians became apparent. What they are doing is far from friendly.

President Erdoğan has said the Russians should appreciate the value of Turkey's friendship. Later he told journalists on the plane that Russia and Vladimir Putin have disappointed him.

When asked if he was concerned that Turkey's nuclear power plant agreements and natural gas sales accords with Russia would be in jeopardy, Erdoğan was clear, he declared, "Russia has more to lose than us. We have an agreement with the Russians that they will build a nuclear power plant in Turkey. They have already spent $3 billion on this plant. If necessary other countries can complete this plant. We are Russia's main natural gas customer. If they close the valves we can buy natural gas from other places. But they will be denied major revenues."

Then Erdoğan was asked if he would call Putin. He said he will soon discuss this issue with U.S. President Barack Obama, but said there is no point in talking with Putin after what has happened. "I talked to him soon after the Russians intervened in Syria, soon after Russian planes violated our airspace. What is the point of talking to Putin at this stage?"

This response clearly shows Erdoğan is deeply hurt, and that is bad news for Putin. From now on Erdoğan will be in no mood to listen to "ifs" and "buts" from the Russians. Putin has to display real goodwill to win Erdoğan back. He has to be aware that Erdoğan is not the typical opportunist Middle Eastern leader who acts with short-term interests and anger. On the contrary, Erdoğan is a man of principles and wants his counterparts to be honest and sensible. It seems Putin is making the mistake of confusing our politicians with the Persians.
Last Update: Oct 09, 2015 2:25 am