Welcome to the reality that terrorism is a global threat 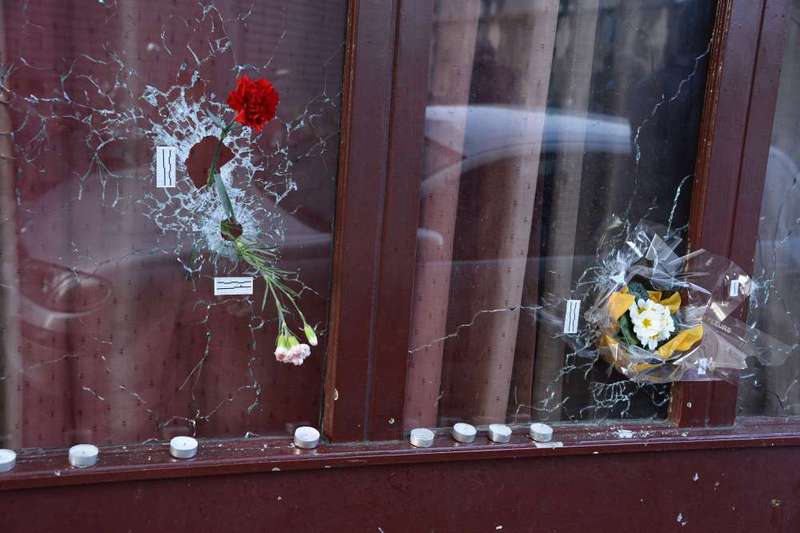 Flowers placed in bullet holes at a memorial site outside of Carillon Bar, for victims of the Nov. 13 terrorist attacks in Paris.
by İlnur Çevik
Nov 16, 2015 12:00 am

The attacks in Paris late Friday show no one is immune to the terrorist attacks of people who are bent on ruining the global order whether they are extremists hiding behind religion or whether they have ethnic motivations.

Turkey has and is suffering its fair share of this at the hands of Islamic State of Iraq and al-Sham (ISIS) fanatics and the Kurdish separatists of the PKK.

Only a few weeks ago two ISIS suicide bombers killed 102 innocent civilians in the heart of the Turkish capital of Ankara. Now we have suffered the ISIS massacres in Paris.

Yesterday the target was Ankara. Today Paris is the target. Tomorrow it could be a German city, a British location or somewhere in Moscow or the United States. In the future it could be China or Japan or the heart of New Delhi.

We urgently need an international effort to counter this adverse trend and there is no better forum than the G20 to discuss this, where we can forge an understanding on how this should be carried out. Without such an effective fight, global economies, trends, investments and profits become meaningless.

The Syrian Kurdish terrorist who forces people out of their homes and makes them flee Turkey and Europe is no better than the gunman who has butchered people in the streets of Paris.

The world powers have turned a blind eye to the massive injustices and alienation that the people of the Middle East have been subjected to. People have waited in vain for the world powers to put an end to the deprivation and poverty that they have been forced to experience. Instead they have seen authoritarian regimes supported by this or that power, they have seen Palestinians being butchered and instead of condemnation there was applause in various quarters of the U.S. All these have been a used as psychological leverage by the extremists to kill two birds with one stone: To recruit misled youths with crooked religious ideals and use them to spread terrorism and to defame Islam, a religion of peace, tranquility and security. The world powers have to make a concerted effort to teach their own masses the true face of Islam, counter the adverse propaganda that is bringing Islamophobia to dangerous levels while the Islamic countries have to handle religious education and services more seriously. Education, knowledge and wisdom are the assets we have to pull the youth out of the clutches of the terrorists and bring them back to sanity. Trying to defame Islam, ban Islam and prevent people going to mosques will not do the trick.

We have to dry the swamp in Syria and Iraq, we have to end the brutality against the Palestinians, we have to attend to the needs of the people in western China, in the Caucasus, the Balkans and in Africa.

Covert operations, using terrorists against terrorists, military and intelligence tactics may yield short-term results but in the long run everyone will lose the fight and the world may end up in a greater mess. Ankara and Paris are reminders of what can happen anytime and anywhere in the world.
Last Update: Nov 16, 2015 2:09 am