Confusion in Washington on PYD is alarming 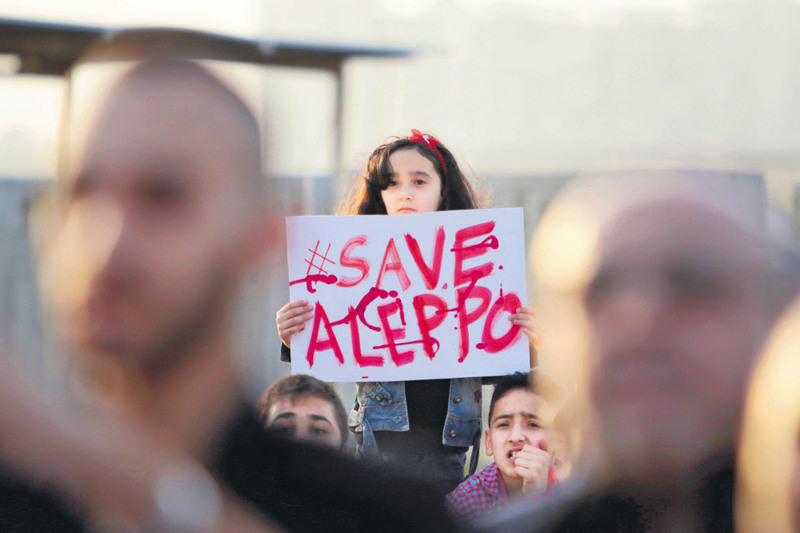 A Syrian girl holding a placard during a rally in solidarity with Aleppo, in the Lebanese northern port city of Tripoli.
by İlnur Çevik May 03, 2016 12:00 am

Last week those of us closely monitoring the events in Washington were not only confused but disappointed as the U.S. Department of Defense and the State Department seemed to be miles apart in their statements regarding the Syrian Kurdish Democratic Union Party (PYD) and its armed wing the People's Protection Unit (YPG).

It all started with U.S. Senator Lindsey Graham pushing Defense Secretary Ashton Carter to admit that the PYD does have links with the PKK terrorist organization. Carter agreed that the PYD and its YPG have links with the PKK and that the PKK is regarded as a terrorist organization not only by Turkey but also by the U.S. Then Senator Lindsey asked if this is the case then is it surprising that Turkey is unhappy with the fact that the U.S. provides weapons to the YPG. Carter said this is not surprising and added that the U.S. administration is currently discussing the matter with the Turks.

Soon after, Turkish journalists asked U.S. State Department spokesman John Kirby if the U.S. had changed its position regarding the YPG and the answer was clear, "The PKK is a terrorist organization but we do not regard the YPG as terrorists..."

These statements created a chorus of reactions in Ankara as the media and commentators said the Americans were contradicting themselves.

The issue is not really about contradictions but a reluctance to see a terrorist as a terrorist just because the terrorist is serving your interests.

For those who watched Graham questioning Carter on video, it is clear that the U.S. secretary of defense was trying to skirt the issue and with short answers was trying not to make a fuss of the issue. His responses were reluctantly given. He was aware of the mess the U.S. has created because of supporting the PYD and YPG. Yes the PYD, YPG and the PKK have links. Yes the U.S. provides weapons to the YPG. Yes, the PKK is a terrorist organization. Yes, we are angering the Turks. So what it amounts to is that he admits everything and then fails to say he is helpless.

He is helpless because despite the fact that the U.S. State Department knows well that the PKK and PYD are in the same boat and they do not want to admit that they are using terrorists in this alleged all-out war against DAESH. So they just refuse to call terrorists "terrorists" and just look the other way. The PYD terrorists continue to support the PKK terrorists who are involved in a deadly terror campaign in Turkey.

This is frustrating and irritating especially when we see that the PYD is behaving more like DAESH than a well-disciplined military outfit that obeys the rules and laws of war. They killed fighters in the Free Syrian Army and paraded them in the streets of villages in northern Syria. Is this what the U.S. supports in northern Syria? Can't Washington see that their arms are not being used against DAESH but against all those who the Syrian Kurds perceive as their adversaries? Can't they see that they have given these arms to barbarians who have no respect even for the dead?

The PKK is using sophisticated tactics to set traps for Turkish soldiers in eastern and southeastern Turkey. They are using some very sophisticated material that can only be provided by those who possess high-tech knowledge. The fingers are all pointing at the American trainers and U.S. technology that have been made available to the PYD. Can't the Americans see the brewing anger in Turkey over this issue?

It is high time Turks and Americans sat together in earnest and did some sincere talking instead of beating about the bush...
Last Update: May 03, 2016 2:03 am
RELATED TOPICS