Lifting of immunities, a nightmare for HDP deputies 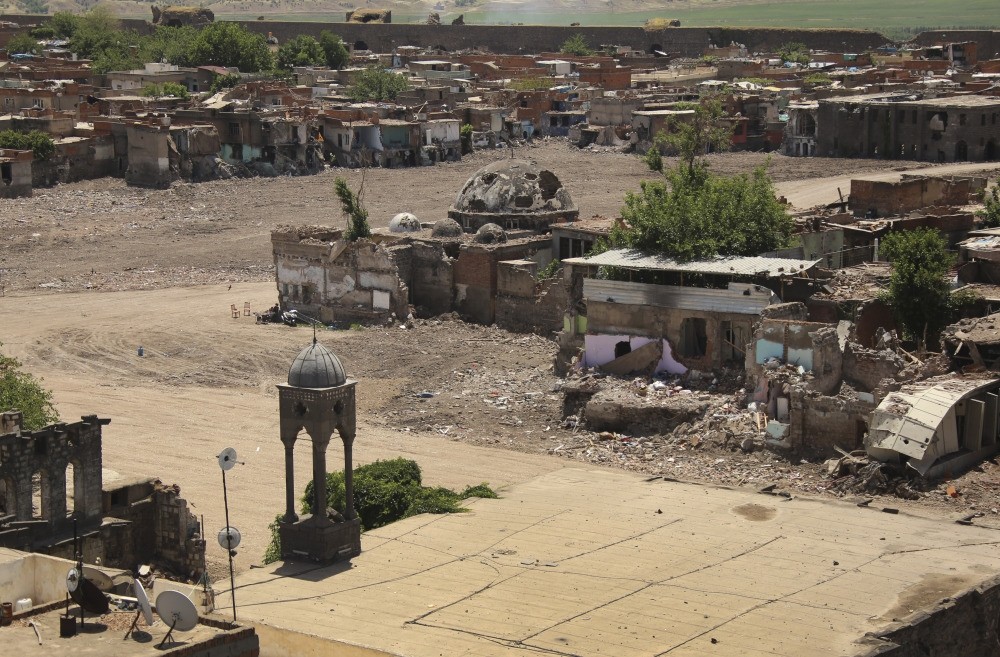 HDP deputies, some of whom are acting as the political personnel of PKK militants, started to sweat after Parliament's decision to lift immunities

Deputies from the Kurdish nationalist Peoples' Democratic Party (HDP) have now realized that they will be made to account for their active support and cooperation with the PKK terrorist organization and thus they are trying to create an image of being the underdogs. They are making new futile efforts to collect enough signatures in Parliament to be able to refer the constitutional change on lifting parliamentary immunities to the Constitutional Court and thus secure an annulment. They need the support of at least 60 Republican People's Party (CHP) deputies to be able to seek this annulment. That seems to be a distant possibility. They have already tried to appeal against the lifting of immunities through individual applications, but were turned down by the Supreme Court.

Meanwhile, the judicial process is continuing. The prosecutors are sending out invitations to all 148 deputies from various political parties who face charges. They will be required to be interviewed by prosecutors, after which the prosecutors will decide on whether to press charges in court. CHP leader Kemal Kılıçdaroğlu also faces charges for slander, insults and character assassination. He too will be asked to meet the prosecutors and face questioning. However, there is a general agreement among the prosecutors that all the deputies will be treated with the utmost respect, nothing will be done to give the impression of judicial harassment or humiliation. The Justice Ministry is very particular about this issue and has ordered that the utmost care be taken.

Sources close to the Justice Ministry and the state prosecutors say the HDP deputies who are currently under investigation will be handled with care, they will not be treated as terrorist sympathizers. However, they will be asked to account for their actions and will be required to cooperate with the authorities. There will be no mass arrests, no harassment or any actions that will give the impression that the HDP deputies are being singled out.

At the end of the day, only deputies who have been caught giving outright support to the PKK and those who have cooperated actively with the terrorists will be prosecuted. After all, if you carry arms for the PKK exploiting your parliamentary immunity and you get caught, or if you say you are a fighter of secessionism and eulogize deceased terrorists, then you will face prosecution. Going to the funeral of a PKK terrorist is not a crime though it serves to antagonize the Turkish public. Visiting the condolence house of a PKK suicide bomber who has killed dozens of innocent civilians in the heart of Ankara is inhumane and evil but it is not a crime according to law. But speaking out in support of the terrorists and applauding their actions is a crime everywhere in the world.

The deputies in Parliament should not be as panic-stricken as they are now. Their concerns are misplaced. No one is "out to get them." The people of this country are extremely angry that people they have elected to Parliament have used the immunity shield to support and cooperate with terrorists. Those deputies are the ones that should be concerned. It seems those deputies are unaware of what they have done and there are reports that they have left the country and are now on the run...