US continuing to bolster PYD, PKK in Syria 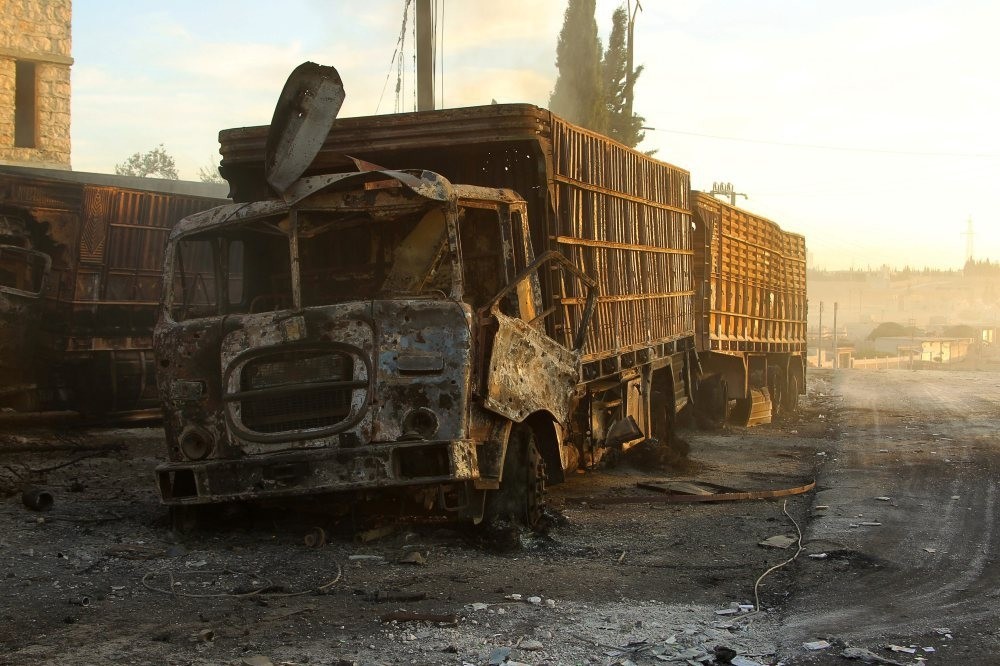 The U.S.'s help for the PYD is not only giving the Syrian Kurdish terrorists more fighting power, it is also bolstering the terrorist campaign that the PKK is waging against Turkey

The United States is continuing eagerly and unrelentingly to bolster the militia forces of the PYD terrorist group that is an extension of Turkey's PKK terrorist organization in northern Syria.

The U.S. has been providing arms, ammunition and expertise to the Syrian Kurdish militants that are affiliated to the PKK terrorists in Turkey. They are actually aiding and abetting the PKK, which is supposed to be on Washington's terrorist list.

But the U.S. is defiant. It says the PYD is its fighting force in Syria against DAESH forces that have captured large chunks of Syria and Iraq. Thus it has trained PYD forces, it has allowed American forces to set up command centers in northern Syria, it has sent its own special forces to fight along with the PYD and it has allowed American "volunteers" to enlist with the PYD. Now the Americans have gone one step further setting up an airbase where U.S. transport planes and fighter jets can land.

What the U.S. does is its own business as long as it does not hurt the vital interests of Turkey, yet when this becomes a threat to regional stability and a direct threat for Turkey then it is time we tell them "enough is enough."

The U.S.'s help for the PYD is not only giving the Syrian Kurdish terrorists more fighting power, it is also bolstering the terrorist campaign that the PKK is waging against Turkey. That is a direct threat to Turkey.

U.S. assistance to the PYD is also fueling the division of Syria and the setting up of a Kurdish state in northern Syria across our borders, which means Syria's territorial sovereignty and territorial integrity is at stake. This also means regional instability that will hurt Turkey.

So it is one thing battling the Assad regime and the DAESH mob but it is something else destroying Syria and creating a new state out of an old state. This is what the American support for the PYD amounts to.

But Turkey has put an end to the ugly game by sending its forces into Syria and thus showing the Americans that now there is a much more efficient and effective force that will put an end to the DAESH presence in northern Syria. Turkey managed to end the DAESH presence across its borders in 10 days, wiping out the terrorists from an area of 900 square kilometers. The PYD has not been able to do that in six months.

Besides that, the PYD has not really been battling DAESH but they have been busy trying to carve out the lands across our borders for themselves to eventually set up a Kurdish state in the south of Turkey and the Americans have foolishly been contributing to this.

Turkish and American leaders have met nearly four times in the past four months and the most recent meetings were on the sidelines of the United Nations General Assembly. It seems the U.S. officials listen to our leaders, yet they either do not comprehend what is being told to them or they all have serious hearing problems.