US last country to speak up for Iraq 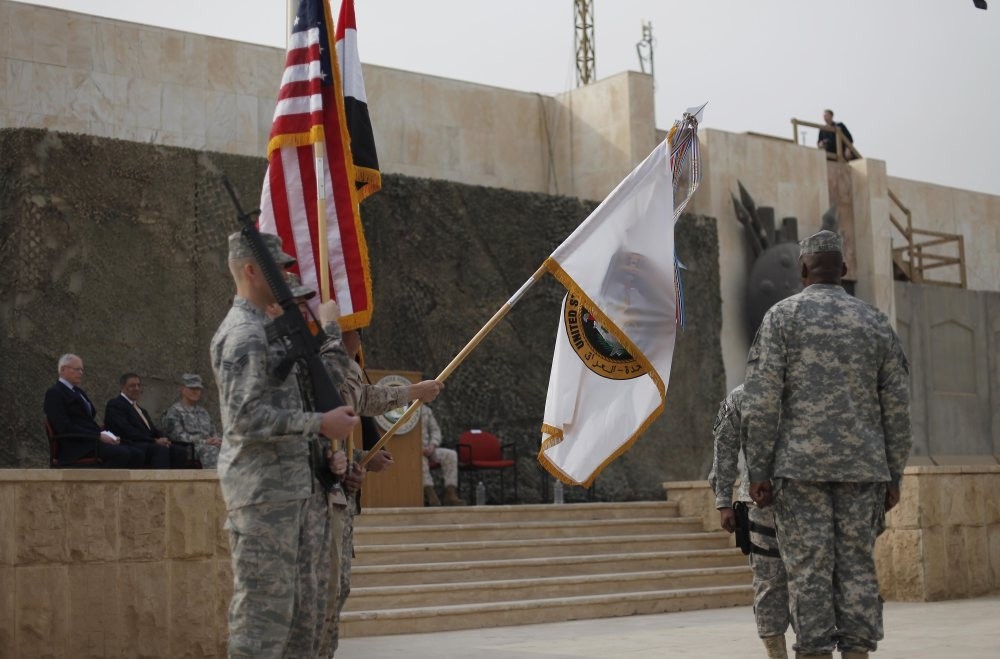 The U.S. invaded Iraq, dismantled its state system and then left the country in ruins thus handing it over to Iran on a golden plate

Is there anyone left in the world that does not share the impression that the incompetence of the United States has led to the current mess that the people of Afghanistan, Iraq and Syria are facing?

What is really upsetting and a source of anger is the fact that the failures of the U.S. and those who run the country are not only making life hell for the people of Iraq and Syria but it is directly posing a threat to Turkey's security. The terrorism that has flourished in these countries because of a dire lack of a real functioning government has been threatening Turkey in the form of Kurdish separatist terrorism and Daish barbaric militancy.

The PKK attacks Turkey from its bases in the Qandil Mountains in Northern Iraq and there is no functioning or authoritative administration in Iraq that can stop this. Poor Haidar al-Abadi thinks he is running a government in Baghdad.

The U.S. invaded this country, dismantled its state system and then left the country in ruins thus handing Iraq over on a golden plate to Iran.

In Syria the U.S. did not even bother to intervene and left the country to Iran and Russia and pretended to fight Daish terrorists with the help of Syrian Kurdish militants affiliated to the PKK. In the end, they failed to dismantle Daish but with the arms they gave to the Kurds they managed to help them create a Kurdish enclave in the north of the country that is regarded as the first steps toward a Kurdish state on Syrian land. They also intentionally or unintentionally helped the Syrian Kurds arm the PKK against Turkey.

Turkey has to face the consequences of the mess created by the Americans.

Despite the fact that Turkey has a 911-kilometer-long border with Syria and a 235-kilometer-border with Iraq, some people have got the audacity to ask why Turkey is so involved in these countries.

We are told countries located thousands of miles from Syria and Iraq have the right to intervene on these lands and then they expect Turkey to sit on the sidelines and accept the instability and violence that spill into our country from these regions. This is insanity.

So Turkey has intervened in northern Syria and is bashing Daish and all the sources of violence and threats and created a safe enclave. If the Syrian Kurds living in the east of the Euphrates continue to bolster the PKK and then send them into Turkey to commit terrorist acts, they too will be our targets.

The same is valid in Iraq, a country that has been occupied by Daish and Iran where poor al-Abadi is calling on Turkey to withdraw its forces from Iraq. Turkey is not in Syria or Iraq to gain territory. It is there to secure its own security and eliminate potential threats. Turkish forces will go back to their bases, but it seems Iran will be in Iraq forever. That is the issue that should give al-Abadi nightmares.

The U.S. knows very well why Turkish forces are in Iraq and why they will remain there. Yet the U.S. is playing a double game. U.S. State Department Spokesman John Kirby says neighbors of Iraq should respect the territorial integrity and sovereignty of this country. He says, "The Turkish forces deployed in Iraq are not part of the international coalition." He seems to suggest, "you are not one of us."

Of course we are not "one of you." We are not there to ruin the country and walk away leaving behind a mess. We cannot afford that on our doorstep. Unfortunately we seem to be the only country that is actually respecting Iraq's territorial integrity and sovereignty.
RELATED TOPICS