So they needed Turkish fire power in Mosul 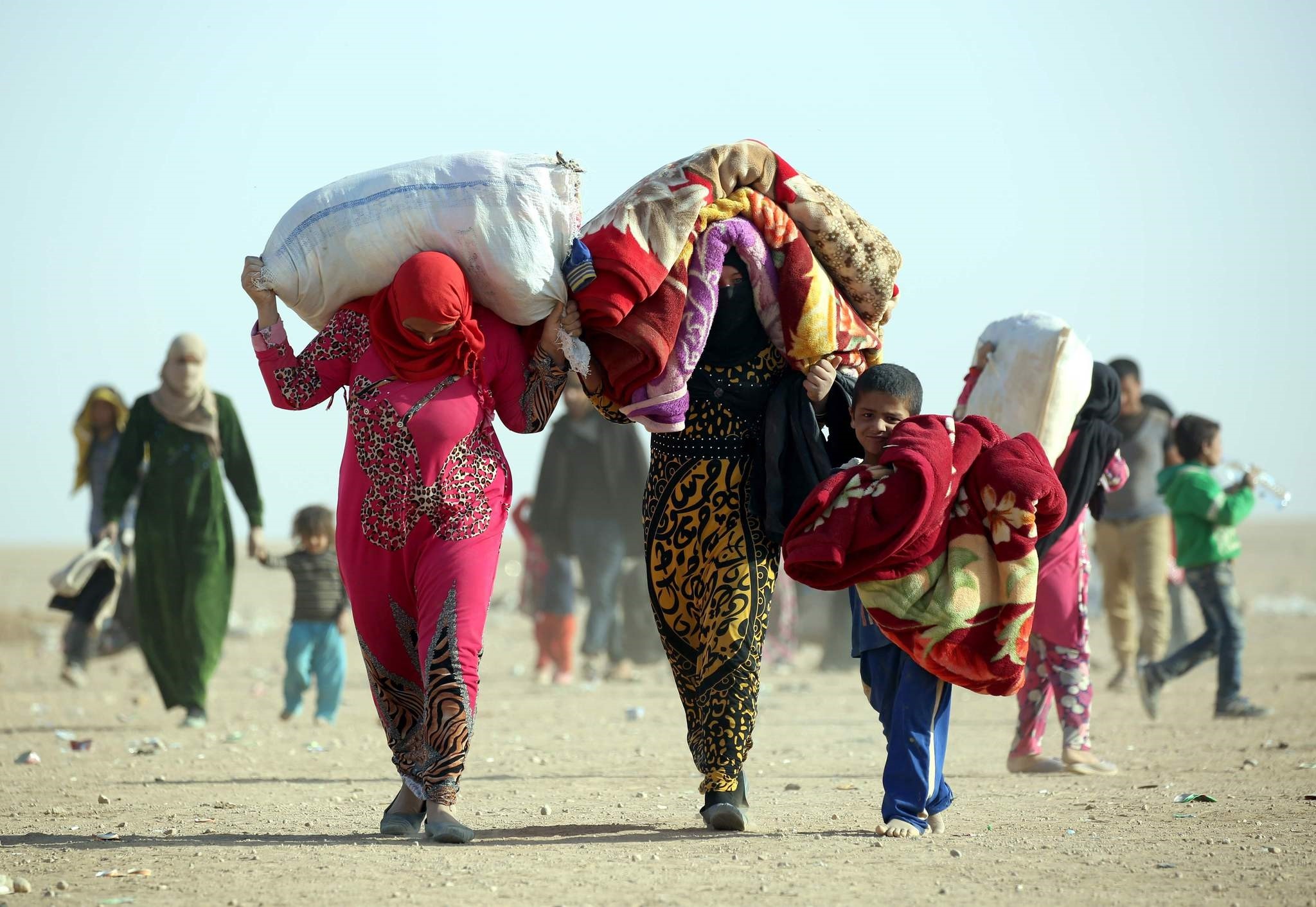 Iraqi refugees who fled Mosul, the last major Iraqi city under the control of Daesh, arrive in the desert area of Rajam al-Saliba on the Iraq-Syria border south of al-Hol in Syria's Hassakeh province, Oct. 22, 2016.
by İlnur Çevik Oct 25, 2016 12:00 am

Turkey is in Mosul only to secure its borders and Iraq from deadly terror threats, not for imperial purposes

For weeks we have been hearing rhetoric from the Baghdad government led by Haider al-Abadi that Turkish forces are unwelcome in Iraq and that Ankara should withdraw its forces that are now in Northern Iraq near Mosul.

Turkey has been telling the Iraqi government that it has been invited to the region by the Kurdish Regional Government (KRG) to provide training for the Kurdish peshmerga forces and also for the local Arabs that want to fight the Daesh gunmen.

Turkish forces stationed at a base near Bashiqa just north of Mosul have already trained thousands of Kurds and Arabs in the struggle against Daesh. Turkish troops have come under fire from Daesh militants and have responded to them in kind. There are also American forces in the region that are not only training the peshmerga forces but are also providing artillery fire power and air support from helicopter gunships.

Peshmerga forces have lauded the training they have received from Turks and have said this kind of support was extremely effective against Daesh.

So while Prime Minister al-Abadi is senselessly opposing the Turkish presence in Northern Iraq, Turkish troops are keeping up the good work to save his country.

Yet, developments in Mosul are showing clearly that any effective fight against Daesh will need Turkish military participation. So much so that on Sunday the peshmerga forces appealed to their Turkish counterparts to provide artillery and tank fire in their quest to retake the town of Bashiqa from Daesh. Turkey immediately responded to the peshmerga appeal and Turkish artillery and tanks helped out the Kurdish forces. Turkey is also providing aerial support for the advancing peshmerga troops.

Turkey of course wants to help its Arab and Kurdish neighbors and end this serious violence. But its main concern is that any kind of instability in Northern Iraq and Syria turns into a nightmare for our citizens living in the border areas. The instability and chaos then allows terrorist groups opposed to Turkey to establish bases in Northern Iraq and Syria and threaten Turkey's security.

So we are not like the Americans or the Russians. We have a vested interest in what happens in Syria and Iraq as its affects us directly.

So Prime Minister al-Abadi should understand that Turkey is no threat to the territorial integrity of Iraq or any other neighboring country. If the prime minster is really concerned about the sovereignty of his country he should be more interested in pushing for the PKK to leave his lands and also ending his dependence on Iran. He has to see that his country is now under Persian occupation and that this has to end. He has to see that Iran has used the Shiite sect to infiltrate into the Shiite-dominated sectors of Iraq and have eventually taken over the country.

As long as PKK terrorists are present in Northern Iraq especially in Sinjar and the Qandil Mountains and Daesh continues to pose a serious threat to everyone and especially the Islamic faith Turkey will be in Northern Iraq and will try to secure its borders.
RELATED TOPICS