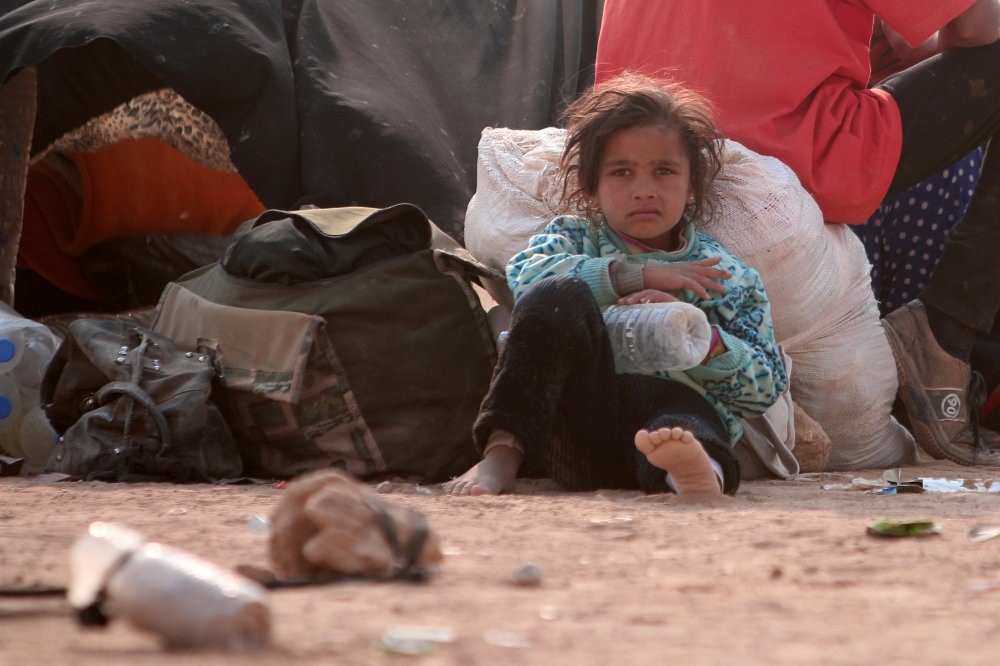 A refugee girl siting among Iraqi refugees who fled the violence in Mosul and internally displaced Syrians who fled Daesh-controlled areas in Deir al-Zor, near the Iraqi border, Oct. 23, 2016.
by İlnur Çevik Nov 03, 2016 12:00 am

Turkey and the European Union reached an agreement whereby Turkey would curb the migrant flow across the Aegean Sea into Greece. Turkey kept its promise to such a degree that the passage of Syrian migrants across the Aegean to the Greek islands fell to about 30 to 50 a day when it was in the thousands several months ago.

Turkey kept its part of the deal and yet as usual the EU failed badly to fulfill its promises and obligations. The EU was supposed to provide a grant of 3 billion euros for the 3 million refugees Turkey has been hosting over the past five years. The EU was supposed to allow Turks into Schengen territory without visa restrictions. None of these happened.

Meanwhile, Turkey continues to host 3 million migrants from Syria having already spent a total of about $25 billion while the only help it has received in the past five years has been a meager $550 million from the United Nations.

The EU criticizes Turkey's human rights record yet it does nothing to show compassion or at least some understanding to the problems of the oppressed peoples of Africa and the Middle East who want a better life in Europe.

When we agreed to stem the tide of the migrants to Greece and thus to the EU we expected Europe to do something to end the causes of the migration. That never happened. The EU remained insensitive to the mess created in Syria.

At the time we warned the EU that while we managed to halt the tide of refugees flocking to the EU through the Aegean, the problem of migrants would continue to pose a nightmare for the EU as migrants tried to cross the Mediterranean from North African countries to Europe.The massive flow from North African countries has been continuing ever since. Hence the growing number of people drowning in the Mediterranean while trying to reach Italy. On Thursday two ships carrying migrants sunk in the Mediterranean killing at least 238 people.

So all the sacrifices we have undertaken, all the goodwill we have displayed has really been meaningless.

We should suspend this agreement with the EU. This does not mean we will close the doors on prospective migrants and send them to Europe. Yet we should no longer act as a barrier for Europe.

The Europeans have to realize that the migrant flow to their respective countries is a result of their greed. They colonized most of Africa and cannibalized their resources. Thus they became rich and prosperous and hardly gave anything back to their colonies. All they left behind was poverty and starvation.

Thus now those people who were exploited are saying "we too have a right to come to Europe and benefit from what was ours." Europe has to pay for their past greed. They cannot simply close their borders and try to prevent these people from coming to their countries.

Turkey has been successful in teaching the world a lesson in humanity thanks to its sacrifices regarding the Syrian migrants. Europe has failed badly.
Last Update: Nov 04, 2016 7:27 pm
RELATED TOPICS