Erdoğan in Pakistan, business as usual but… 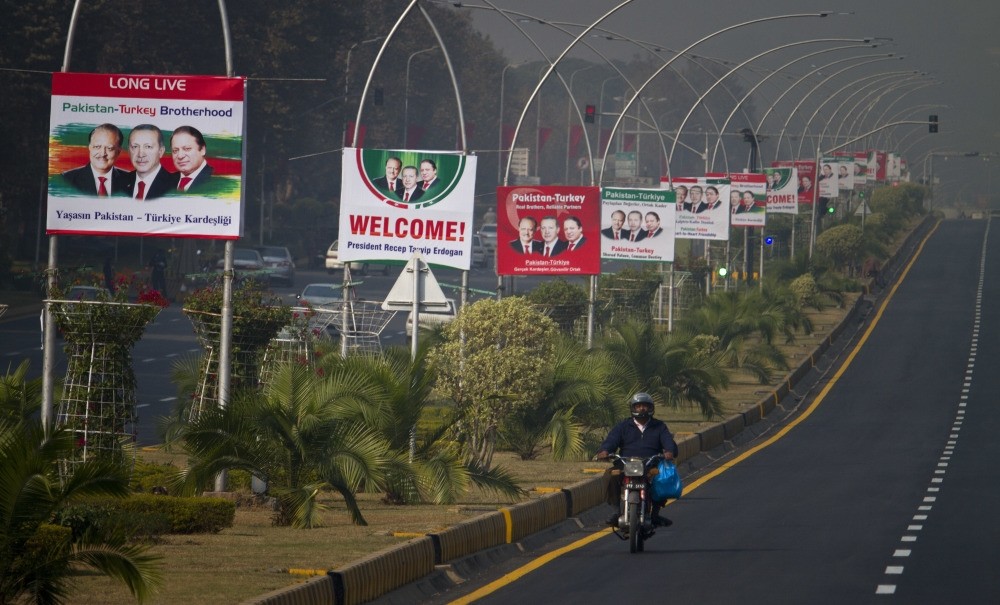 President Recep Tayyip Erdoğan's state visit to Pakistan is going well but that is nothing new or surprising in view of the warm and emotional ties between the two nations for decades.

Erdoğan was given a very warm welcome as Prime Minister Nawaz Shariff and all members of his family were at hand to greet him and First Lady Emine Erdoğan at the airport. Talks with President Mamnoon Hussain went well. On Thursday President Erdoğan became the first ever leader to address the parliament of Pakistan three times. The only other leader to address Pakistan's legislature was the late shah of Iran.

But the sticking point of the Fetullah Gülen schools remain a sore note. Pakistan has 28 Gülenist schools and Turkey has asked the authorities of Pakistan to end Gülen's presence in these schools. The schools are run by foundations affiliated to Gülen and some teachers are from Turkey who are strong members of the Gülen Movement.

Just before Erdoğan's arrival, the government of Pakistan ordered 108 teachers and their dependents out of the country by Nov. 20. These teachers were employed in 23 Gülen schools. This was regarded by the media in Pakistan as a gesture by the Pakistan Administration to give a warm message to Turkey.

Yet the Gülen network in Pakistan has used this against Turkey creating the image in Pakistani media that "Turkey is toying with the lives of these poor teachers and their dependents," and some newspapers have even questioned whether Gülen was behind the bloody coup of July 15 in Turkey.

Editorials in Pakistani newspapers on Thursday are lauding Turkish-Pakistan relations, they are welcoming President Erdoğan but they are also pointing to the plight of the teachers. With the help of Gülenist agents working well in Islamabad and Lahor, the media has been questioning the merits of the government's decision to expel these teachers from the country and are asking what will happen to the students in these schools now that the teachers are going.

Gülenist agents have challenged the decision of the government of Pakistan at the High Court and have made sure that this news is also played prominently in the press on Thursday.

They are trying to give the impression that Turkey is creating problems in the educational process of Pakistan and that it is the students and their families at Gülenist schools that have become major victims.

This is a sinister campaign that should be foiled. The people of Pakistan should know that Gülen is using these schools as a base to infiltrate the state system and thus be a part of the power structure. When the time comes Gülen is inclined to use all his followers like the Japanese suicide pilots and that includes even his teachers.

Gülen and his men did try to stage a bloody coup and were stopped by the Turkish people. Yet it is sad that no newspaper in Pakistan has congratulated the Turkish people for this unprecedented act of heroism to defend democracy against tanks.

It seems the move to order the teachers out of Pakistan should have been taken long ago and not as Erdoğan was about to set foot in Islamabad. Better late than never.
RELATED TOPICS