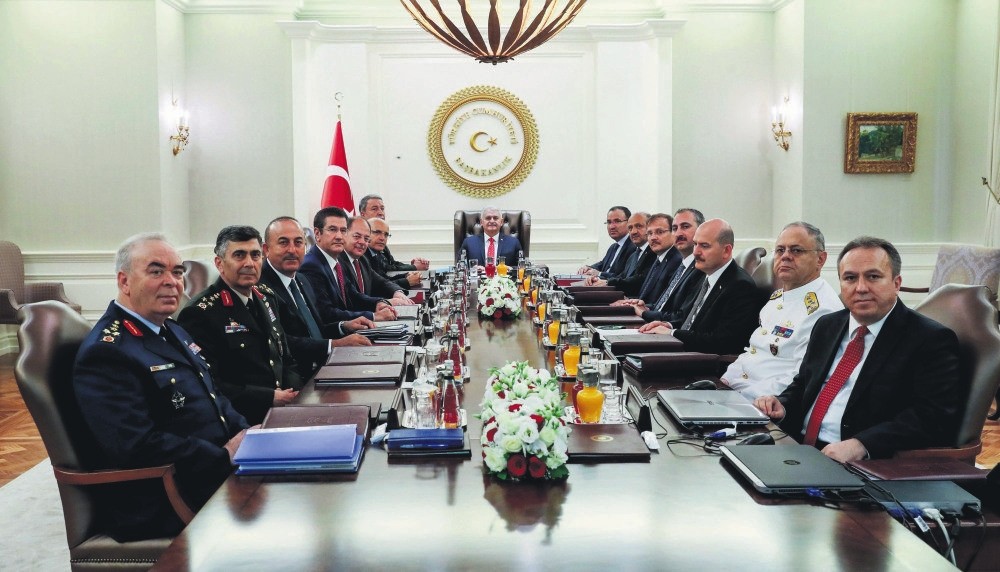 The appointments after the military council promise a more democratic future in Turkey, shedding its old image of the 1990s as a 'military democracy'

The Supreme Military Council (YAŞ) meets at the start of August every year to decide on the promotions, retirements and appointments of ranking military personnel. The decisions of the council are then sent for approval to the president and once approved are made public.

At the time there was general belief that this crackdown and the aftereffects of the coup plot would cause serious defects in the fighting ability and capabilities of the Turkish military, yet this was proven wrong.

On the contrary, soon after the coup attempt the military launched Operation Euphrates Shield in Syria to clear out a huge chunk of Syrian territory from Daesh terrorists and secure our border areas. The operation was a massive military success as Turkey liberated about 2,500 square kilometers of Syrian territory with the help of the Free Syrian Army (FSA). The Turkish forces remain in the territory securing the area for Syrians who are fleeing the Syrian civil war.Besides that, the military along with the special police forces worked miracles during the past year dealing heavy blows to the PKK terrorist organization, which is waging a secessionist war in eastern and southeastern Turkey. It became apparent that the soldiers linked to FETÖ were in fact stalling the fight against the PKK.

So this year the scene was set to overcome the deficiencies in the military ranks and build the new command structure. However, this was to be done by the civilian authority with the help of military leaders.

For the first time the old structure of the council was scrapped and the military-dominated council became a civilian-run council. In the past the army commanders, the second chief of staff as well as the naval fleet commander were members of the council deciding on decisions regarding promotions and appointments. Now all that has changed. The coup has taught us precious lessons that the civilian authority should have the last say on who runs the military and how. So now the council is genuinely headed by the prime minister as well as nine Cabinet members. The other four members of the council are the chief of staff and three force commanders. The head of the Gendarmerie Forces is no longer in the council and is now under the Interior minister, which is also one of the reasons for the success of the campaign against the PKK.

Of course, President Recep Tayyip Erdoğan along with Prime Minister Binali Yıldırım were the architects of the new appointments, promotions and retirements of the top military personnel. That needed meticulous work and study. What they did was to shape the new command structure that will run the military in the decade ahead. It also means a military loyal to the civilian authority.

All force commanders were retired while Chief of Staff General Hulusi Akar kept his post. Incumbent Gendarmerie Commander Gen. Yaşar Güler has been appointed as the new army commander, whereas Vice Adm. Adnan Özbal has been appointed the new navy commander and Gen. Hasan Küçükakyüz the new air force commander. This is the first time ever a vice admiral has become the boss of the navy. The term of office for eight generals have been extended for one year, while 61 colonels have been promoted as brigadier generals and rear admirals. The term of office of 168 colonels have also been extended for two years. The new gendarmerie commander will be appointed in due course.

In the past such council meetings would last three days. This time under civilian rule the council ended in four hours. All this shows that at last Turkey is shedding its old image of the 1990s as a "military democracy" and actually becoming a democracy run by civilians.