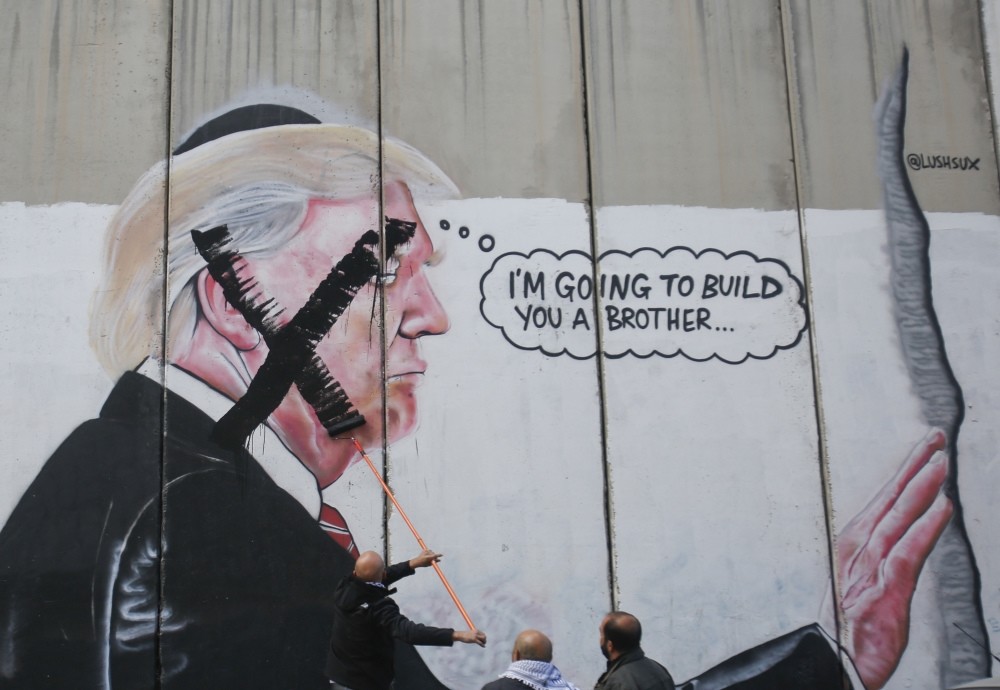 Trump is a very ill advised president, and now has prompted another conflict in the Middle East by recognizing Jerusalem as the Israeli capital

When you make a serious political move that concerns international relations and especially global peace you should make sure that you don't usurp the rights of some people at the expense of others or else your move will not last or be sustainable.What President Donald Trump has done when he declared the United States recognizes Jerusalem as the capital of Israel and that he will move the U.S. Embassy from Tel Aviv to this ancient city is not only a violation of international law and the United Nations Security Council resolutions but it was also an act of immense injustice where Palestinian rights in Jerusalem have been obliterated.

When you declare Jerusalem as the capital of Israel you give the whole city to the Jews and say the Palestinians are forever simply subjects of an occupation force. The U.N. Security Council resolutions, which the U.S. has approved, say Israel has occupied east Jerusalem and its annexation of the city is illegal. So when Trump declares Jerusalem the capital of Israel he is in fact openly violating the U.N. resolutions.

If Trump had said he acknowledges that east Jerusalem is the property of the Palestinian people and they have the right to declare this section of the city as their capital when the Palestinian state is proclaimed that would have been a balancing act which no one would object. But when you disregard Palestinian rights over east Jerusalem and hand the city on a golden plate to Israel that becomes irresponsible as well as unacceptable.

Trump thinks he has undertaken a bold move which is nonsense. Maybe he thinks he can divert the American public's attention from his domestic woes and his legal battles. Maybe he wants to make amends for his failure to cope with the North Korean situation where there is a clear enemy that possesses nuclear arms and systems that can deliver those arms to the heart of the U.S.

President Trump says he hopes that his action will promote peace in the Middle East. It seems that either he is living in another planet detached from the realities of the world or he is simply playing dumb. He is being very ill advised and has thrown the Middle East into a new period of chaos, discord and hopelessness.

What he has done is also to create great insecurity for Israel. Israeli Prime Minister Benjamin Netanyahu is rejoicing with Trump's move but there is little to be happy about. The decision will only sharpen the resolve of the radicals in the Middle East while the doves will be pushed aside. Hence more terrorism, violence and insecurity.

The only way Israel can hope to gain security in its region is for the setting up of a Palestinian state with east Jerusalem as its capital and allowing the Palestinians to chart their own course. Failing to do this will only invite more violence against the Jewish state.

Turkey has always encouraged the Palestinians to strive for peace but Trump has not only undermined our efforts to convince the Palestinians to moderate their policies but he is also making it harder for Turkey to conduct plausible relations with Israel.