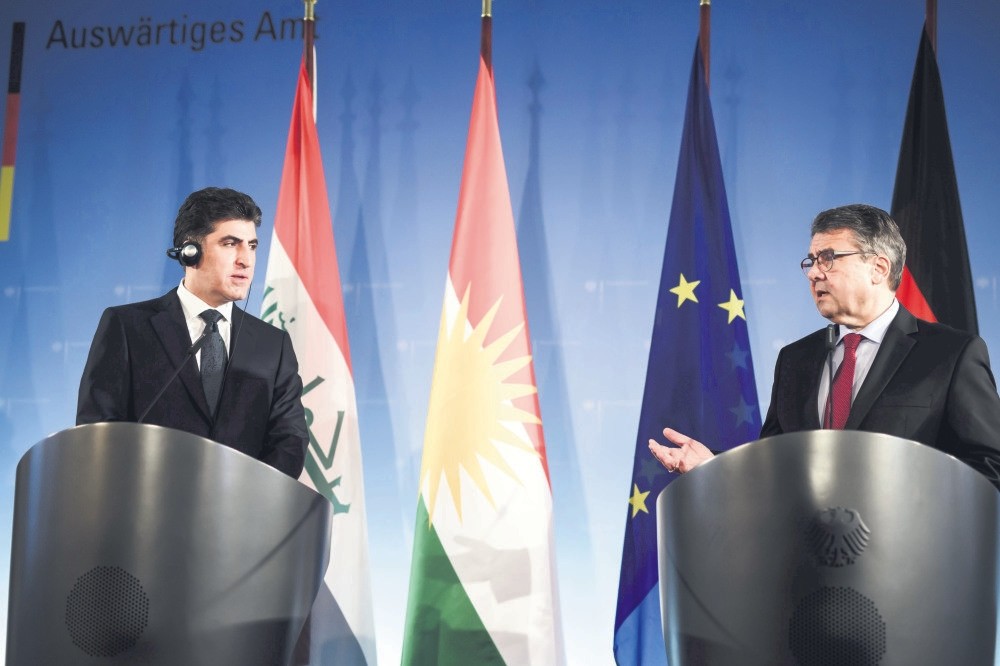 Now that Iraqi Kurds are frustrated and face economic problems following the independence referendum, they act first and ask questions later, which is what is happening now

On Monday, angry Kurds were on a rampage in the Sulaymaniyah region of the Kurdish area in the north of Iraq. They burnt down the local headquarters of all the Kurdish parties indiscriminately to display their anger over worsening economic conditions in the region since the fatal and illegal independence referendum of Sept. 25.

This is an alarm signal that the region is about to plunge into total chaos as Masoud Barzani, the shadow leader of the Kurds of northern Iraq, continues his defiant attitude to stick to the referendum results and seek independence for the Kurds of Iraq.

Nechirvan Barzani, the son-in-law of Masoud and his nephew, has taken over the leadership of the Kurdish region comprised of Duhok, Irbil and Sulaymaniyah and is trying to do some crisis management, but it is clear he is failing badly. Nechirvan Barzani was one of the leaders of the region who opposed the idea of a referendum, but had to toe the line once Masoud Barzani insisted on Kurdish independence.

About 75 percent of the working population in the Kurdish areas of Iraq are civil servants. The ordinary man in the street in the Kurdish areas is angry. He has not been paid for months and after the referendum the economic pressures on him has mounted. In the last month seven Kurds, four of them peshmergas, have committed suicide due to economic reasons. The Kurdish administration was paying them only 30 percent of their salaries every two months, and now, even that is outstanding.

When the Kurds of Iraq are frustrated and face economic problems, they first act and then ask questions. This is what is happening now. The events that have started in Sulaymaniyah will surely spread throughout the Kurdish area creating chaos.

The Kurdish leaders have been pumping news to the public that they are about to launch a new offensive to retake Kirkuk. They are also warning the public that the Iraqi army supported by Shiite militia are about to attack the township of Mahmour just close to Irbil. All these are empty gestures by the Kurdish leaders to divert attention to "enemy attacks" and thus create the impression that this is not the time to protest.

While the Kurdish area is being thrown into disarray, Nechirvan is in Europe meeting German leaders trying to find support for his region. He is fishing in the wrong seas. He was in France meeting the president. Where did that get him? Apparently he will be in London by the end of the month.

Nechirvan has to appease Baghdad, Ankara and Tehran. That means he has to declare the referendum null and void.

Of course while the Kurdish leaders of Iraq try to struggle to keep order, the PKK will be poised to make use of the brewing chaos to try to grab power as they did in the north of Syria. But that is where the PKK will not have an easy ride as they did in Syria. There, they will face Iran, Turkey and of course the Baghdad government.