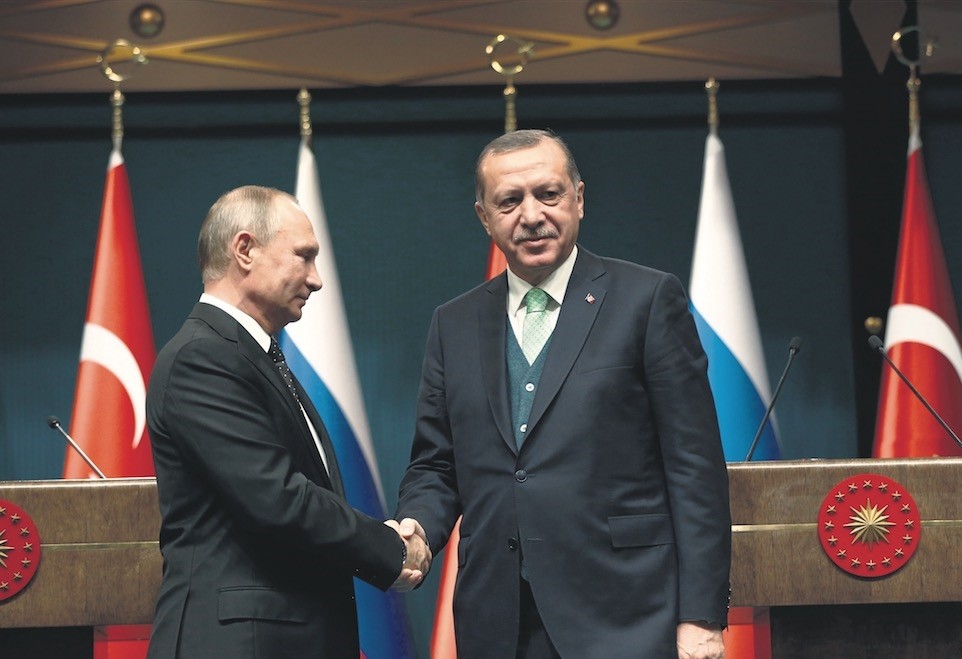 Both in foreign and domestic politics, Turkey is likely to experience a very exciting year in 2018. Let's wait and see!

After a year of the trauma created by the July 15 bloody coup attempt, Turkey spent 2017 healing its wounds and reformatting its state system. A major referendum on April 16 approved constitutional changes which meant Turkey will be ruled by a presidential system of government as of 2019.

So Turkey has to revamp its state structure to facilitate a presidential system, create new institutions and adjust its laws especially on elections and political parties according to the requirements of the new system. So this year, Parliament will be extremely busy legislating not only the elections law and the law on political parties but it will also amend hundreds of laws that were geared to the system where a prime minister was the head of the executive.

As 2018 drew to an end the presidency started institutional adjustments where by the Undersecretariat for Defense Industries (SSM), which was linked directly to the defense minister is now affiliated to the office of the president, which will fasten the decision making process and thus speed up the acquirement of vital defense systems, especially those manufactured by our own industry.

On the home front Turkey will continue its march to revamp its economy and speed up growth which hopefully will be around 7 percent for 2017. The task will be to achieve similar high growth.

On the political front the ruling Justice and Development Party (AK Party) will be courting the masses as we approach 2019 when we will first face local elections in March and then the presidential and parliamentary elections in November. This means the AK Party has to put its act together to win votes in all these elections and remain as the leading party of Turkey. Observers feel while the AK Party will have to perform extremely well to convince the masses to vote again for the party, President Recep Tayyip Erdoğan will have a relatively easy task as many people feel he is the lone candidate who should be elected as the head of state. Besides, people feel Erdoğan has created this new system and he has to be in office to see that the system functions properly.

While Turkey provides a better social, economic and political environment for its Kurds in eastern and southeastern Turkey, the successful fight against the PKK displayed in 2017 will be repeated with even much better results in 2018.

It is clear President Erdoğan is sensitive to creating a more democratic environment and thus eliminating possible human rights violations in Turkey so we will also see several positive moves by the government that will also be welcome in Western countries.

In 2018, Turkey will continue improving its ties with Russia and cooperating with Moscow especially on Syria as the conflict enters a new phase where a political solution is seen at the end of the tunnel. Meanwhile Turkey will push for defending its interests in Syria and Iraq more forcefully as its prestige rises in the international front.

In relations with the U.S. the fact that Turkey has solved its visa crisis with Washington signals that there is now room for maneuvering to revamp Turkish-U.S. ties and iron out some of the differences regarding American cooperation with the Syrian militants affiliated to the PKK, the free movement of the Gülen criminals in the U.S., as well as the attitude of some Americans to openly depose Erdoğan. Turkey's relations with the European Union, which are also on shaky grounds, will be set on firmer ground this year but full membership does not seem possible even in the distant future.

All in all we are set for an exciting year, never a dull moment. Happy New Year dear readers!