The UK did what the Americans did not 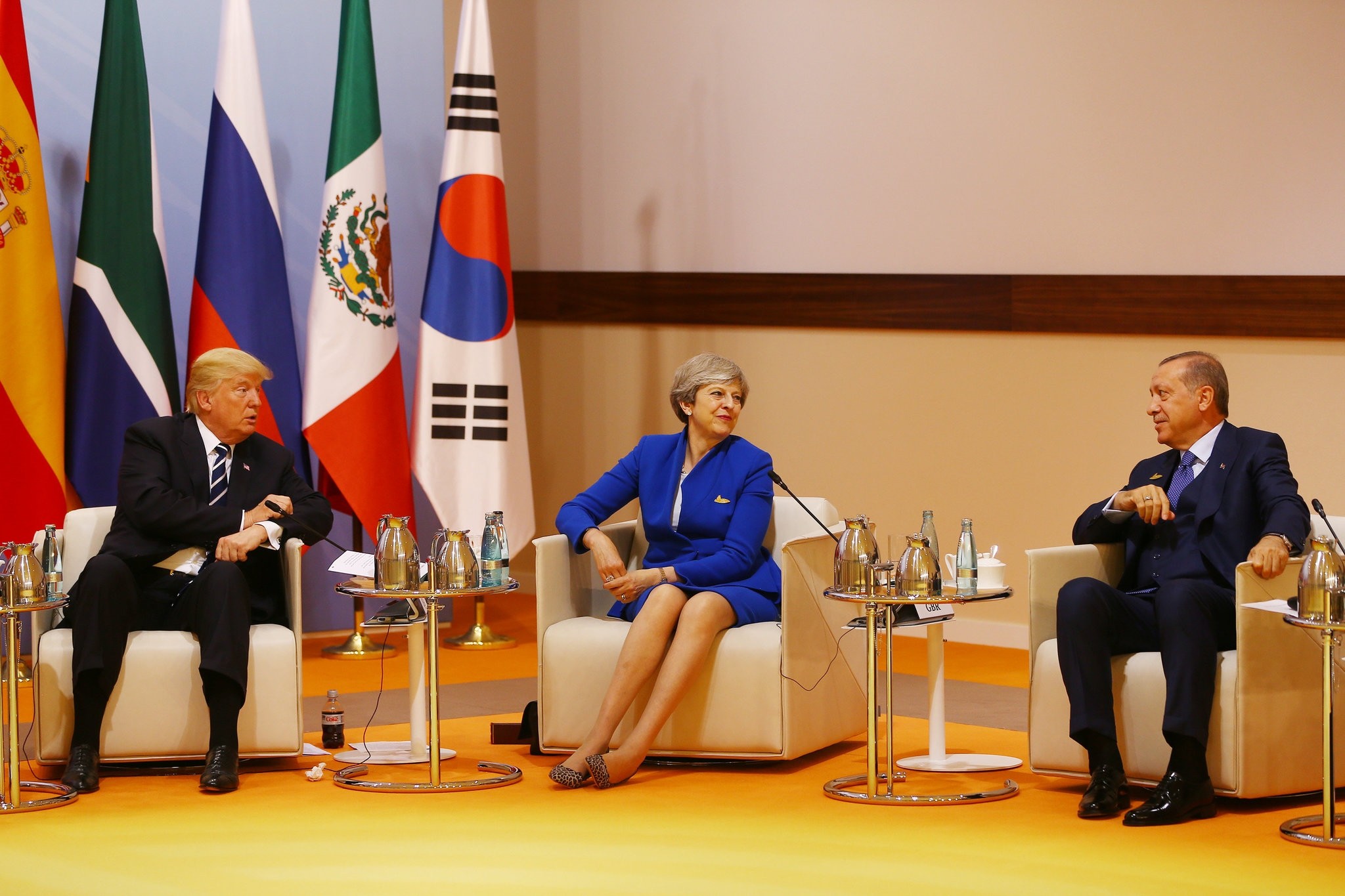 U.S. officials can take their British counterparts as an example while generating counterterrorism policies against Daesh, the YPG and other groups

Turkey has been telling the world that the Democratic Union Party (PYD) and its military wing, the People's Protection Units (YPG), are the extensions of the PKK terrorist organization in the north of Syria.

Despite the fact that all PYD offices in the north of Syria have portraits of the PKK's imprisoned leader Abdullah Öcalan and brandish PKK flags some Western countries led by the United States preferred to look the other way and even cooperate with the PYD and YPG. This cooperation later on turned into a cozy relationship where Washington provided heavy arms, ammunition and sophisticated equipment to the PYD, YPG and PKK allegedly to fight Daesh terrorists.

Turkey strongly protested over and over again but the Americans were set to collaborate with the terrorists to fight other terrorists which in itself was a massive contradiction. The U.S., like other Western countries, has put the PKK on its list of terrorist organizations and yet it claims the PYD and YPG are not militants but fighters cooperating with the U.S. They simply have turned a blind eye and a deaf ear to all the evidence provided to them to the contrary. Even some Americans experts have raised strong objection to the U.S. cooperating with the PYD, YPG and the PKK, yet all these have simply been ignored.

Yet, there are several disturbing developments where U.S. officials are openly meeting with PKK leaders in Raqqa. Some U.S. officials and military personnel simply talk like terrorists.But facts are facts. The YPG and PYD are notorious not only for terrorizing the people of north Syrian settlements but also for training suicide bombers and sharp shooters and then sending them into Turkey to commit acts of terrorism.

There are many Western militants in the YPG ranks yet the Americans also turn a blind eye to this. But now we observe with deep satisfaction that someone in western Europe is listening to us.

A British man who joined the PYD/YPG/PKK terrorist group will be prosecuted under Britain's anti-terrorism law, the U.K. police said on Wednesday.

Scotland Yard said former soldier Jim Matthews will be tried on charges of terrorism. Police said Matthews is to be "formally charged with attending a place or places in Iraq and Syria where instruction or training was provided for purposes connected to the commission or preparation of terrorism." The British national is due to appear in court on Feb. 14.

Matthews had appeared on a TV documentary called "The Brits battling ISIS [Daesh]."

Although the British have listed the PKK as a terrorist organization since 2001, the PYD/YPG is not on the list.

The current Turkish-led Operation Olive Branch conducted in the Afrin region of northern Syria is meant erase the PYD/YPG/PKK from across the Syrian border.

Despite the PYD/YPG's absence from the list of terrorist groups, British authorities warned that when they return to the country, people who participate in armed groups in Syria could be prosecuted under anti-terror law.

Matthews will be first British person to join the PYD/PKK under the pretext of fighting Daesh to be later tried under anti-terror law.

Meanwhile Anadolu Agency reported that London-based think tank, the Henry Jackson Society, published a report last August titled, "The Forgotten Fighters: The PKK in Syria." Detailing the close ties between the PKK and PYD/YPG, it also reported on foreigners joining the terrorist group. The report profiled 60 foreign fighters from 12 countries, saying that around 80 percent of them come from English-speaking countries.

The report recommended that the U.K. government take measures to prevent Britons from joining the terror group, adding that those who do join should be followed closely.

So, while the Americans are clearly on the wrong path, there are some who approach the issue with common sense. The British should be commended.