Afrin was always vital for PKK 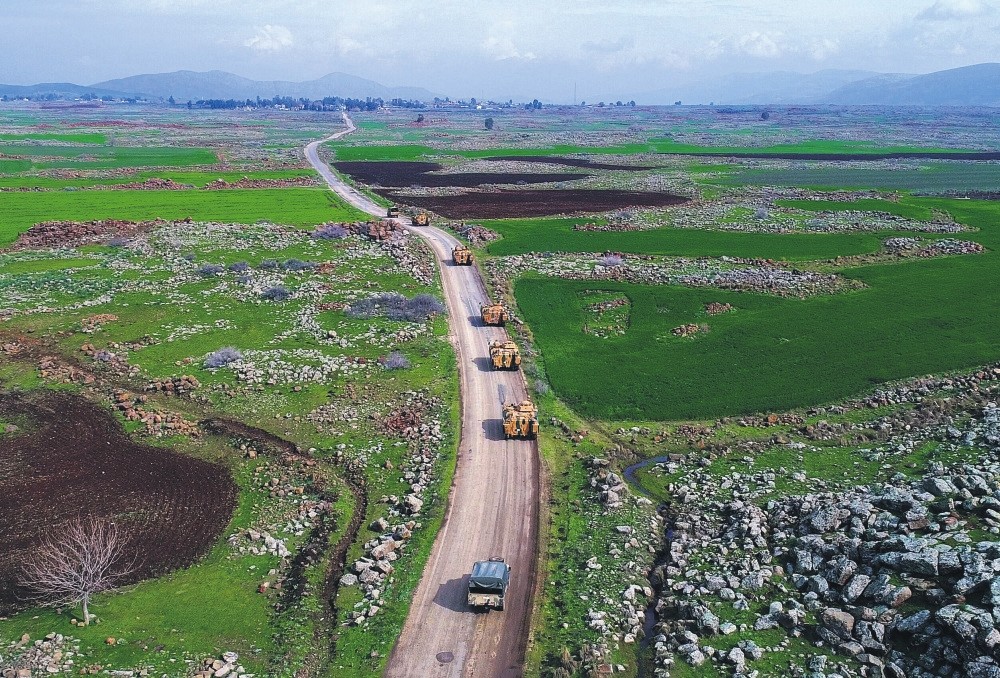 The Assad family always used the PKK in Syria as a trump card against Turkey, but Turkey is now more determined than ever to expand its struggle against terrorism

The PKK terrorist organization has turned into the umbrella terrorist entity of the Middle East with its antagonistic presence in Turkey, Iraq and Syria. The picture is a bit different for Iran as certain elements in the Iranian state actually support the PKK while others cooperate with Turkey against the group.

The headquarters of the PKK is in the Qandil Mountains of northern Iraq where its leadership is holed up. Their activities in the past were limited to a secessionist war in Turkey that has until now claimed 50,000 lives in four decades.

Now they have spread their influence in northern Iraq into Sincar, Mahmour, Sulaimaniyah, Kirkuk as well as the Qandil Mountain region. In Syria, they have settled into the areas between east of the Euphrates River after the regime forces withdrew from these areas and the Iraqi border and have been trying to expand their territory right up to the Mediterranean coast.

Yet it seems everyone has forgotten that the PKK presence in Syria goes back long before the PKK exploited the power vacuum in northern Iraq and set up camps there.Syria was the heart of PKK operations in the 1980s and the 1990s. The Damascus regime led by Hafez Assad, Basher Assad's father, allowed the PKK to establish bases, especially in the Afrin area, and helped them set up training camps in the Bekaa Valley in Lebanon, which Syria controlled. PKK leader Abdullah Öcalan lived in Damascus and Latakia under the protection of the Assad regime, which wanted to use the PKK to harass Turkey and continue its territorial claims on the Turkey's southern border province of Hatay.

When Öcalan was forced out of Syria in 1998 after Ankara threatened Damascus with military action, the PKK also started to move out of Syria and into the Qandil Mountain.

So in essence, Syria has been the hub of the PKK, which is now trying to hold onto Afrin at all costs. Once Turkey finishes off the PKK in Afrin, a major threat to Turkish security will be eliminated. As a PKK terrorist base, Afrin is much older than Qandil, so talk that the PKK wants to turn Afrin into a second Qandil is not valid, as the PKK has turned Qandil into a second Afrin.

PKK leaders' dream is to create a mini state in northern Syria that spans an area from the Mediterranean up to the Iraqi border. So when Assad wanted to punish Turkey by pulling out his forces from the north and allowing the PKK to settle there, he was creating a serious security threat for Turkey while also effectively dividing his own country.

The People's Protection Units (YPG), the PKK's Syrian force, ganged up with the U.S. much to the horror of the Assad regime and started its territorial expansion by capturing several areas east of the Euphrates to the Iraqi border. It already had Afrin, which it was using effectively as a base for terrorists to infiltrate Turkey and create violence.

But then the U.S. helped the YPG capture Syrian Arab cities in the name of fighting Daesh terrorists. The more Arab Syrian lands the YPG captured the more it started changing the democratic map of Syria, pushing Arabs and Turkmens out of their homes and running the local administrations as PKK entities. Manbij was one such city and Raqqa is another one.

Turkey put an end to all that by launching Operation Euphrates Shield in 2016, and is now pushing the YPG out of Afrin after securing a deal with Russia on Idlib, which borders the Mediterranean. Turkey's success in Afrin means an important step in getting rid of the YPG terrorists.