PKK living up to its terrorist reputation 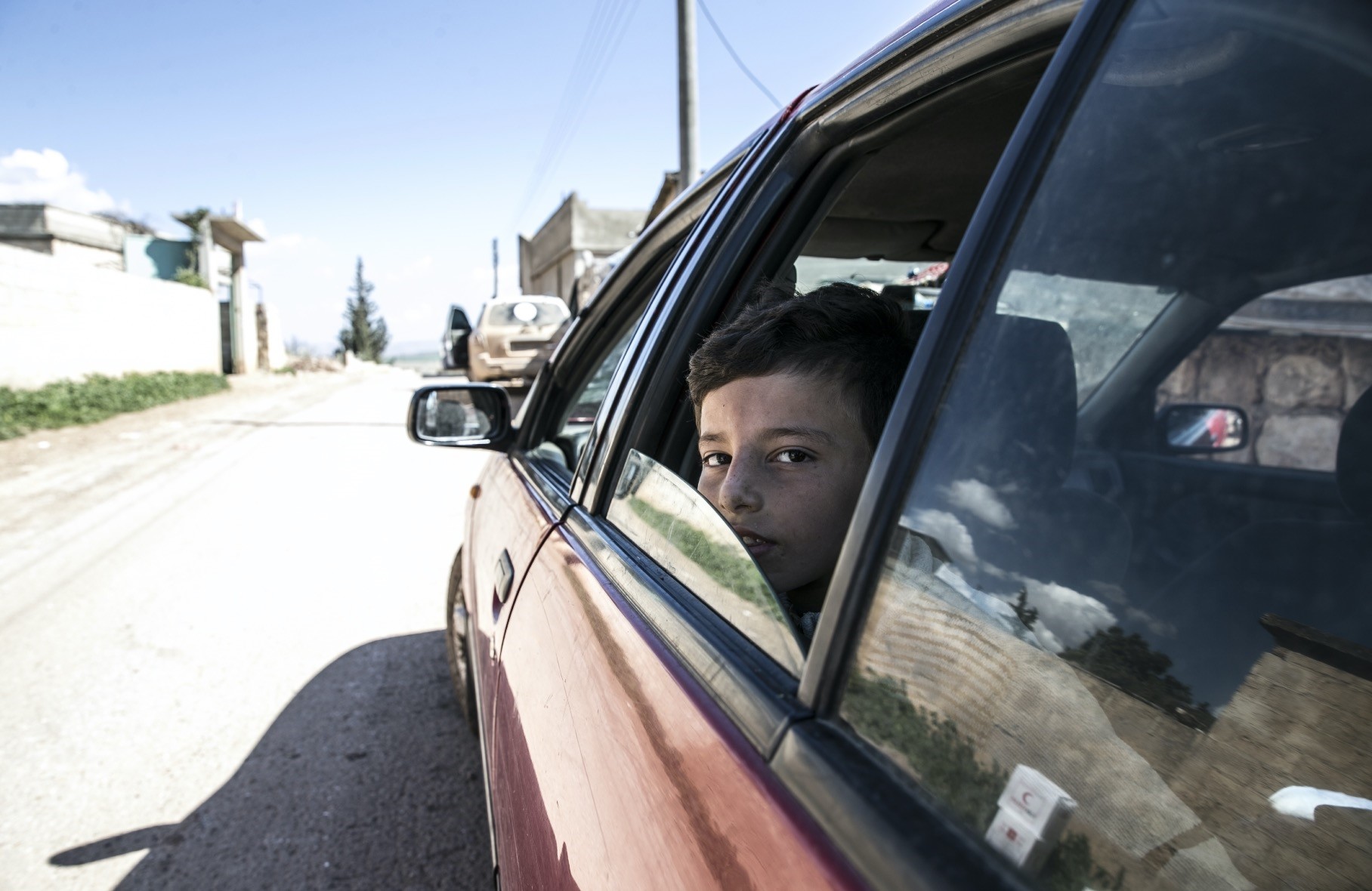 A Syrian child looks out from a car after being saved by Turkish soldiers from YPG terrorists as part of Operation Olive Branch going on since Jan. 20.
by İlnur Çevik Mar 14, 2018 12:00 am

What the PKK is doing is a crime against humanity, but no one in Europe has lifted a finger against these cruelties, and rather have allowed its sympathizers to stage rallies

The people of northwestern Syria's Afrin are trying to leave the city as Turkish and Free Syrian Army (FSA) close in on the settlement to end its occupation by the PKK terrorists.

The city, occupied by the PKK for the past six years, became a bastion of the terrorist organization in Syria. Its people have been forced to pay taxes to the terrorists and those who could not afford to pay were asked to hand over their children as recruits.

The PKK and its Syrian offshoots, the so-called Democratic Union Party (PYD) and its military wing, the People's Protection Units (YPG) ran the city with an iron fist. The PKK appointed its own administrators, eliminated all the local Kurds who opposed them and brought in some hardened terrorists from the Qandil Mountains in northern Iraq to enforce its authority.

The American generals, who wanted to use the PKK/PYD/YPG against Daesh, simply turned a blind eye to all the atrocities committed by these groups throughout northern Syria, including Afrin. Instead of condemning the groups' actions, they simply created a smokescreen and presented the PYD and the YPG in a sugar coating to the American people.

Unfortunately, today we are witnessing footage from Afrin where the PKK militants are blocking people from leaving the city. People trying to flee are turned back at gunpoint by the militants, who have set up numerous roadblocks. The PKK wants to use these people as human shields against the Turkish and the FSA forces.

What the PKK is doing is a crime against humanity yet no one in the West has lifted a finger against these cruelties, on the contrary, they have allowed PKK/YPG/PYD sympathizers stage rallies in European capitals.

The PKK has been using Afrin's local population as human shields since the day Turkish troops set foot in the region. They have even tied up old people and booby-trapped them in a bid to kill Turkish soldiers. It is sad that the American taxpayers who have to bankroll the PKK due to the whims of the U.S. generals are not aware of these ugly realities.

But for us who know the true face of the PKK and have experienced their total lack of respect for human life, none of these come as a surprise. The PKK is a terrorist group bent on terrorizing people to submit to their demands. They do not care whether the people they terrorize are Kurdish, Turkish or Arab or belong to any other ethnic group.

The so-called human rights activists in the U.S. seem to turn a blind eye to the fact that the PKK is abducting children in Turkey, Iraq and Syria and turning them into child soldiers.

The PKK is living up to its identity as a terrorist group when it denies people of Afrin their rights to leave, when it uses them as human shields and when it ties up old people and turns them into booby traps.

Of course, it will be hard for some American generals, who have been seen kissing and hugging the PKK terrorists, give up their terrorist buddies yet they have to live with the realities of this world. You simply cannot make claims of combating terrorism when you resort to doing so with the help of other terrorists.

With the realities on the ground, Turkey has to take exceptional care to not harm Afrin civilians, who are being used as human shields. Isn't this something to be applauded?