It is payback time against the colonialists 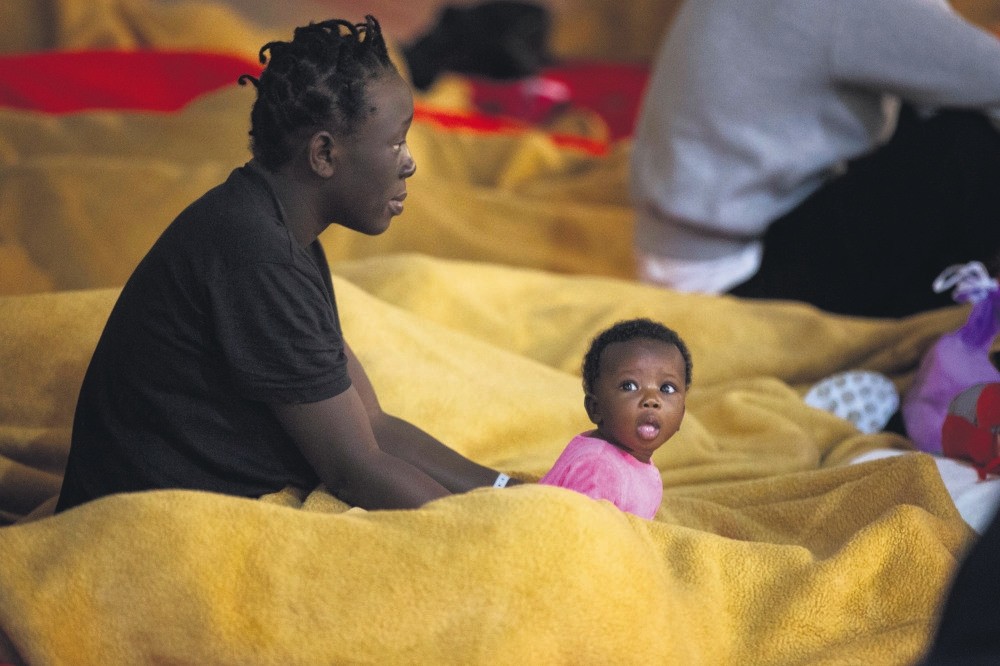 Migrants rest at a makeshift emergency center at Barbate's municipal sports center in the south of Spain, June 29.
by İlnur Çevik
Jul 03, 2018 12:00 am

Instead of facing the reality of the migrant problem, Europeans have chosen the easy way out and ignored the global crisis, and here we are

The migration of millions of refugees from Syria and Africa has turned into a nightmare for the European Union countries. This has been manifested so bluntly in the recently held summit in Brussels.

Most of the EU countries are former colonialists who have plundered the resources and riches of the Third World to build their own countries and turn Europe into a better place to live.

As we see today in our presidential tours in Africa, the colonialists have hardly put back anything into these countries and in some places the exploitation and plunder continues unabated.

They transited Turkey and tried to reach Europe via the Greek islands in the Aegean area. They caused a massive crisis in Greece. Turkey rallied to help the EU by reaching an agreement to keep the refugees in the country and prevent them from invading Europe. The EU in return was supposed to allow Turks to freely visit European countries without visa requirements and also provide massive grants to help Turkey cope with the refugees. The EU did not keep its visa promises and was extremely sluggish in extending grants to finance projects for Syrian migrants. Meanwhile Turkey spent about $40 billion to help more than three million refugees living in the country.

In short, Turkey saved Europe from a massive disaster while some EU countries, led by Austria, Holland and Belgium, struggled to appreciate Ankara's goodwill and sacrifices.However, the growing migration threat on Europe is not just from people from the Middle East trying to reach the continent. Tens of thousands of Africans in the former European colonies who are facing famine, hunger, poverty and depravity have started a massive exodus to Europe, especially from North Africa. Most of them try to reach southern Europe from Libya where security is lax.

All of this is not normal. If you plunder the riches of Africa and leave people with nothing, then you are expected to compensate for what you have done. The Europeans have robbed Africa to the bone and have not given anything back. Now those people are saying "because you took away the riches from our homeland, now we will come there and share the wealth and welfare with you."

Isn't that perfectly normal and just?The Ottomans never colonized lands they took over in Africa. They treated the people of the region as equals and allowed them to run their own affairs. They did not plunder the wealth of Africa and turn Anatolia into a wasteland. That is why while the former colonies in Africa speak French, English, Portuguese or any other European language but none of them speak Turkish.

That is why Europe now faces a serious migration problem. Yet, instead of facing up to the reality of the problem the Europeans are choosing the easy way out. Ultra-right wing groups with anti-immigration slogans are gaining ground in Europe fueled by Xenophobia. The sensible conservative parties have also chosen the easy way to go along with the radicals instead of standing up and telling the people the naked truth. The anti-Turkish propaganda in Western Europe, especially in the past few years, has been disgusting.

Europe has to put back what it stole from Africa. Yet, no one intends to do this and because of that, they have even harder days ahead of them. Ironically it is the Germans, who benefited the least from colonialism, who are being asked to pay the price.