What are the US and Russia cooking up in Syria? 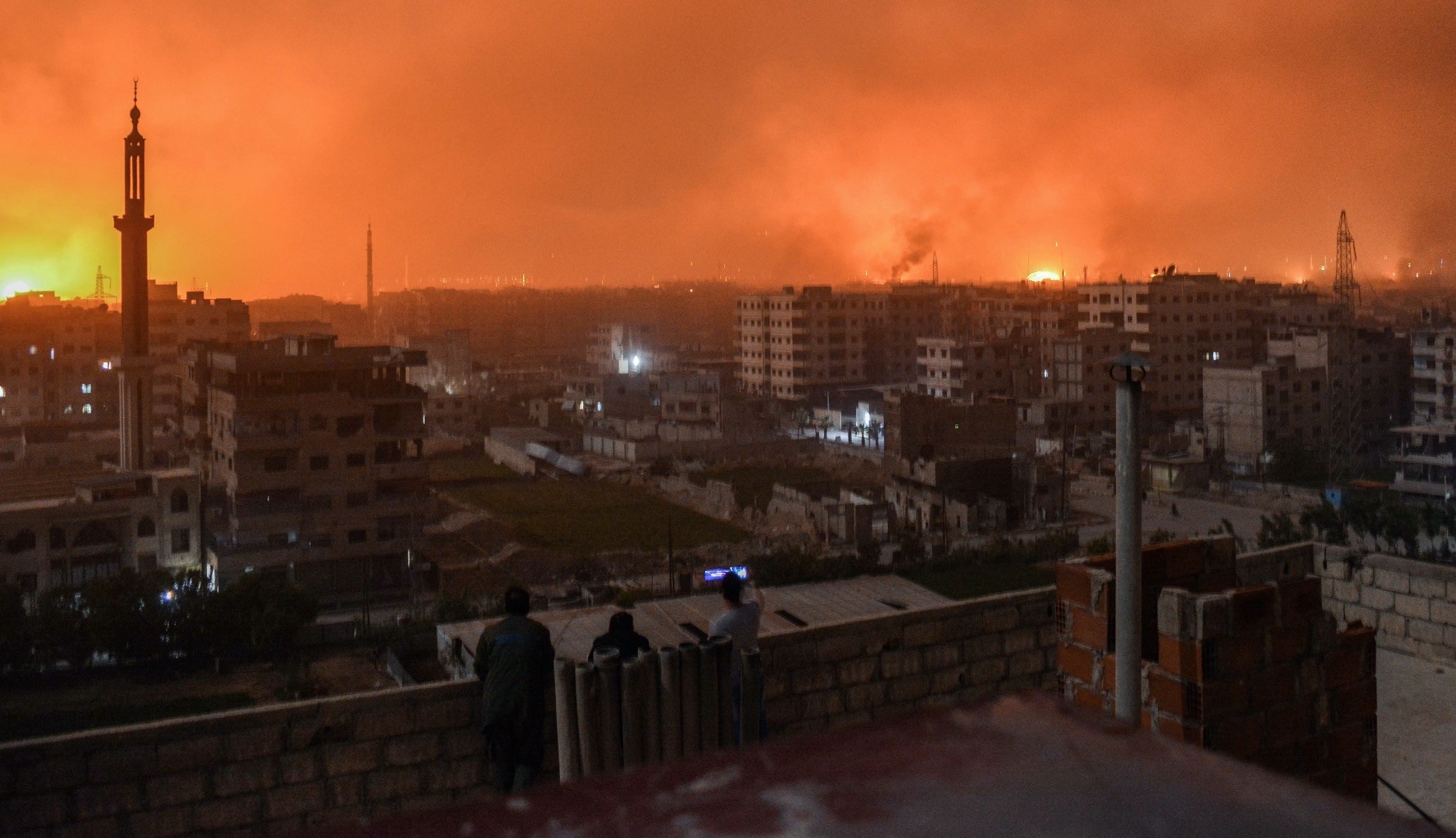 People stand on a roof to observe explosions on the horizon during regime strikes, in a southern district of the Syrian capital Damascus, April 28.
by İlnur Çevik
Jul 04, 2018 12:00 am

According to media sources close to Syrian strongman Bashar Assad, the U.S. and Russia are working on a plan to include the Kurdish militants of the People's Protection Units (YPG) in the Syrian army and turn this into the force that will oversee the eastern sector of the country.

If this is true, a massive area will then be in the hands of YPG militants affiliated with the PKK terrorist organization in the Syrian army, probably starting from the east of the Euphrates River.

According to reports, Damascus will pay the salaries of the PKK "soldiers" and the appointments of key officials in the region will be made by the Assad regime. There are also claims that the individual to be assigned as Syria's oil minister will be from the PKK, and the U.S. will have a permanent presence in the west of the country.

Is any of this actually surprising? Bashar Assad's father, Hafez Assad, helped the PKK blossom into a strong terrorist organization in the 1990s by providing them with bases in Latikia, Afrin and the Bekaa Valley in Lebanon, controlled by Damascus, and also funded them. Hafez Assad also gave refuge to PKK chieftain Abdullah Öcalan but could not hang on to him due to pressure from Turkey. He let him go on a journey that eventually ended with Turkish forces apprehending the terrorist leader and sending him to jail. The idea was to harass Turkey with PKK terrorism.

Bashar Assad followed in the footsteps of his father and continued the all-out support for the PKK, even when both he and his father denied Kurds even existed in the country.

So, trying to legitimize the PKK in Syria is nothing new for the Assad clan.

What is sad is reports claiming U.S. and Russian compliance in this.

The U.S. and Russia have cooperated in driving Iran away from the southern borders of Syria with Jordan and Israel. Now are they also cooperating to legitimize the PKK in Syria?

If this is the case, then it is quite clear that the U.S. has had a change of heart and is no longer pushing for a solution in Syria without the Assad regime, which has murdered nearly 1 million of its own citizens.

Does Washington agree with a solution that disregards the massive opposition in Syria who are against the murderous Assad regime?

If this is the endgame, then all sides need to address Turkey's legitimate security concerns – especially the region east of the Euphrates river. The PKK remains a threat to Turkey as it uses the area to launch terrorist attacks targeting Turkish soil. Any solution in Syria must secure all of Turkey's southern borders, not just the area east of the Euphrates.

Turkey has brought relative peace to Syria by cooperating with Russia and Iran. Astana has been successful in providing this peace and remains the only hope for any future solution to the Syrian issue. However, solutions that legitimize the PKK presence in Syria will not only ruin the peace process but will throw Syria into deeper chaos.