In fact, Turks are deeply disappointed with Trump 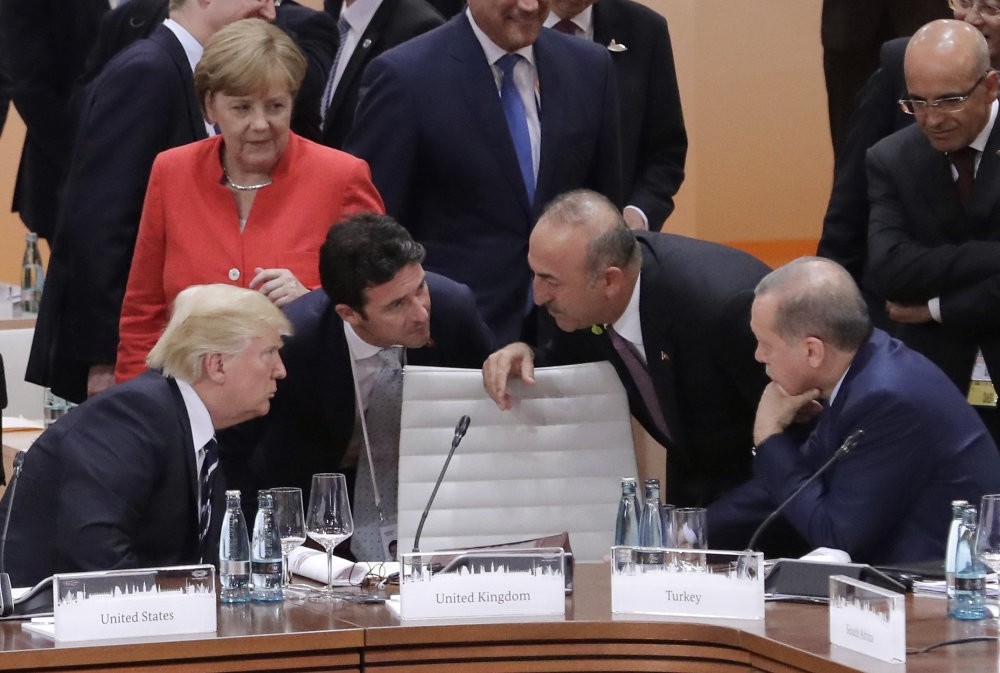 The crisis we face in U.S.-Turkish relations has turned into a war of attrition, where some members of the U.S. administration and select neocons are crusading to oust President Erdoğan at all costs

As U.S. President Donald Trump continues his crusade against Turkey in an unprecedented fashion, it easy to understand that the issue is not really pastor Andrew Craig Brunson.

U.S. Vice President Mike Pence continues sending threatening Tweets to Turkey, all the while, the White House says Trump is disappointed with Turkey.

Yet, what the two people holding the highest offices in the United States do not understand is the fact that they have created a deepening crisis with Turkey that goes beyond the pastor.

Even if pastor Brunson returns home some way or another the heavy damage inflicted on Turkish-American relations will not be mended for a long time to come. Of course on some pressing issues the marriage of convenience may continue, but deep in the hearts of every Turk there is resentment and disappointment over American policies on Turkey that will be hard to erase even with a long lapse of time.

Despite all this, the White House has the audacity to say that the sanctions imposed on Turkey may be lifted once Brunson is freed but the heavy tariffs imposed on Turkish exports to the U.S. will stand.

The way the American administration has presented the Brunson case to the American public is that a good man of religion has been put on trial in Turkey for his religious activities to spread Christianity – this is an absolute lie.

Brunson, who has been living in Turkey for some time, is facing substantial charges for cooperating with a secessionist terrorist organization and a gang that staged a failed coup in 2016. He faces three decades in prison if found guilty.

So trying to pressure the Turkish justice system, trying to create the image that Turkey is holding the pastor hostage is completely false. Yet, it seems Trump and Pence have started to believe in their own false claims and are insistent on his release and return to the U.S. It seems they are after the Christian votes in the upcoming congressional elections in November.

Yet, the crisis that we face in American-Turkish relations goes well beyond the plight of the pastor. It has turned into a war of attrition where some Americans in the administration and among the Neocons are crusading to oust President Recep Tayyip Erdoğan at all costs.

Turks expected Trump to create an obstruction to this conspiracy, yet we see he too has joined it. This is not only tragic but fatal. Toying with the Turkish economy and then bragging about it, piling trade restrictions on Turkish products imported by the U.S. with high tariffs and trying to sabotage the Turkish lira are not what the president of an ally country does. This is a blatant act of enmity, which has left Turks in deep disappointment.

Americans with a bit of common sense see that what is being done to Turkey is not only penalizing the Turkish people and plunging relations into a state of collapse, but it is also hurting global American security interests as well as the U.S. economy. It is also creating the image that the U.S. is not a dependable ally and it can turn on its "friends" with such arrogance and indifference. The understanding is that it is no different being the enemy of Washington or its friend.

The pastor crisis is just one of many such problems that Turkey and the U.S. have to address. But the fundamental question that the White House has to answer is, "Has America written off Turkey?" The way they are behaving shows this may very well be the case.