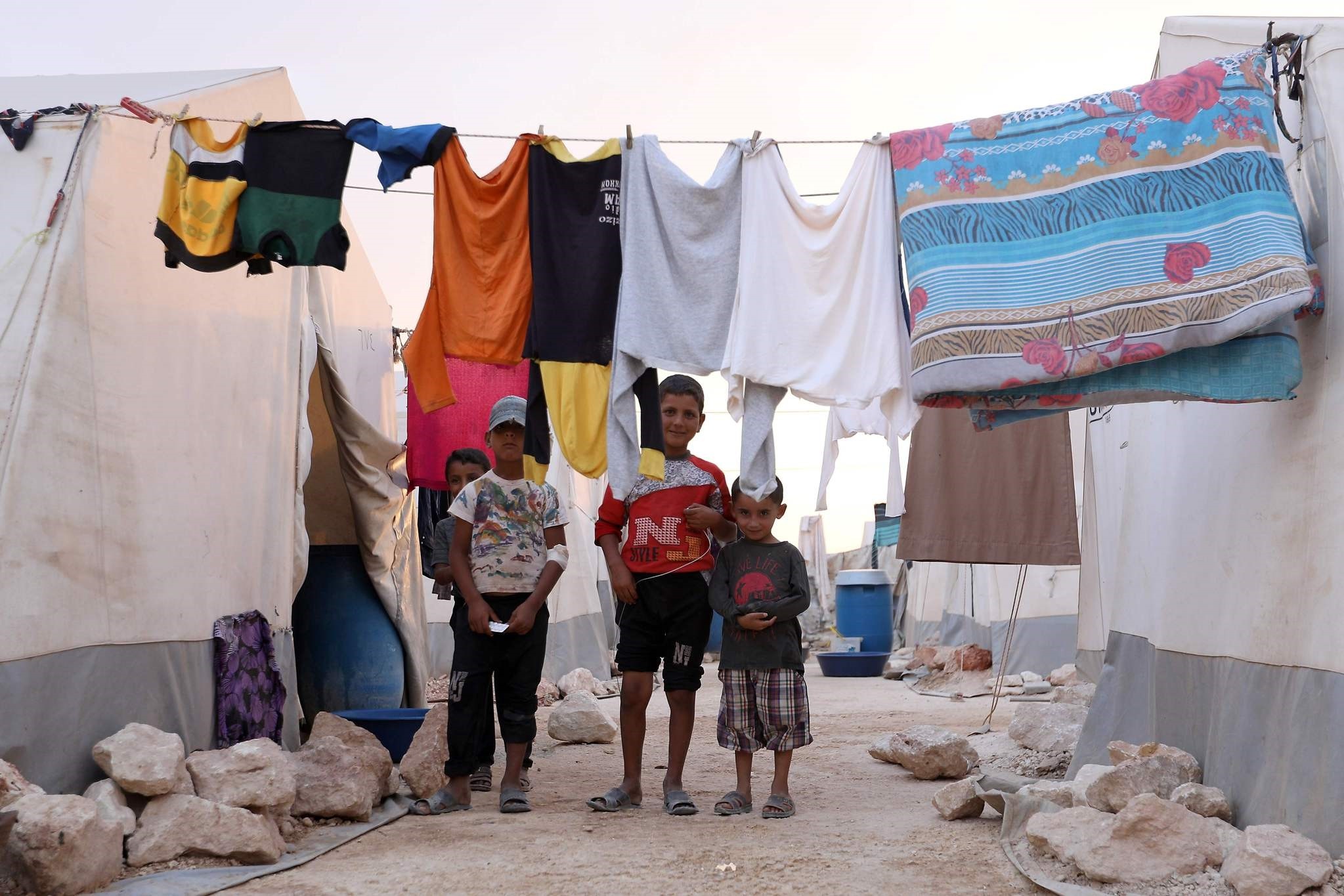 Displaced Syrian children pose for a photograph in a refugee camp near the Turkish-Syrian border, Sept. 13.
by İlnur Çevik Sep 19, 2018 12:00 am

Turkey and Russia's joint announcement on forming a demilitarized zone in Idlib spells hope for the region, although it disappoints the power games of the U.S. and the Assad regime

President Recep Tayyip Erdoğan scored a first-class diplomatic victory when he convinced his Russian counterpart Vladimir Putin that a diplomatic solution was possible for the embattled Syrian city of Idlib, which houses 3.5 million people trying to flee the wrath of the Assad regime.

A while ago at the Tehran summit, President Putin seemed set on launching an attack on Idlib to weed out the radicals that oppose the Assad regime and also obliterate the moderate opposition groups who oppose the Damascus administration.

But intensive diplomatic efforts by Turkey, led by Foreign Minister Mevlut Çavuşoğlu, Defense Minister Hulusi Akar and Intelligence chief Hakan Fidan, seem to have secured a change of heart in Moscow. Putin has decided to try the peace method rather than war and more bloodshed. He did the right thing and that took much courage.

President Erdoğan on the other hand worked with his team behind the scenes with great patience to bring Moscow onboard. That must have been a very hard task. All praise for the president.

On Monday night, Turkey and Russia announced the creation of a demilitarized zone in Idlib where the radical elements opposing Assad would be weeded out and all heavy arms would be relinquished with a joint operation by Turkey and Russia. This would secure the well-being of 3.5 million Syrians living in the area, which is good news for these people, who were waiting in anxiety and hopelessness with the fear that Bashar Assad would eventually grab the region and make life hell for them.

Now that threat seems to be disappearing if Turkey and Russia can achieve their peaceful goals.

Until recently the world was resigned to the fact that the Assad regime, with the help of the Russians and Iran, would overrun Idlib and take over at least 60 percent of the country. Now that possibility has diminished.

But the road ahead is not easy. It is full of danger and traps.

For one thing the United States, which has grudgingly "welcomed" the Turkish-Russian initiative, in fact is unhappy. They wanted Idlib to serve as a wedge between Ankara and Moscow but that did not happen. They wanted Assad to unleash his atrocities in Idlib and use this as an alibi to hit the Damascus regime very hard. That too did not happen. They wanted everyone to focus on Idlib while they continued to occupy the east of Syria and establish bases in the Syrian Arab heartland with the help of PKK-affiliated terrorist groups while also grabbing the oil and natural gas fields.

Erdoğan and Putin did not only discuss Idlib in the summit in Sochi but also the way the Americans are grabbing chunks of Syria with the help of PKK militants.

But that is not all. Assad is also deeply disappointed. He wanted Idlib and can't get it.

So it is only normal that those who are unhappy today will try to sabotage this new peace process and spoil the broth. Turkey has to struggle against all this.