Back to Rocky IV? 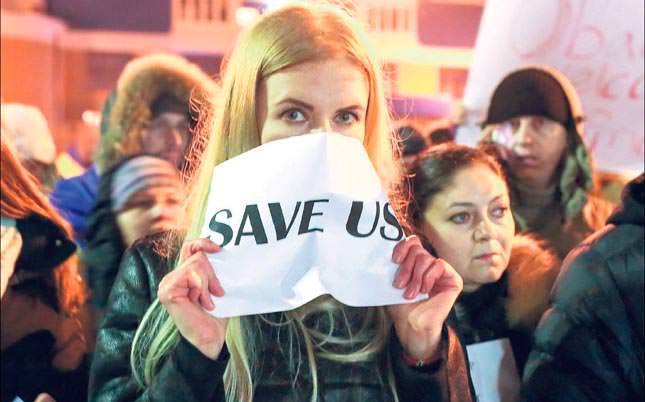 Ukraine will not be the only variable in relations between the U.S. and Russia. The Syrian conflict, human rights issues and the Snowden affair are on the table too

Russia was probably one of the most domesticized foreign policy issues in the United States. Twenty years after the end of the Cold War, ambivalence about Russia is still high both in society and politics. Hollywood, for instance, which for years portrayed Russians as the most effective spies (Boris Vaslov in "Ice Station Zebra"), the most notorious interrogators (Colonel Podovsky in "Rambo II"), the most cold-blooded challengers (Ivan Drago in "Rocky IV") and the source of the most dangerous threat to the U.S. and global security (mostly nuclear threats), has now further complicated the feelings.

In its latest productions, it is obvious that Hollywood is trying to balance Russian villains with good Russian characters. Examples of such attempts include "Mission Impossible: Ghost Protocol," "A Good Day to Die Hard," and "Salt." This perplexity about Russia in the American psyche is not unique to Hollywood. Since the end of the Cold War, the U.S. foreign policy establishment has the same confusion about Russia and, more importantly, towards President Putin. In the last ten years, U.S. presidents sometimes described Putin as "straightforward and trustworthy" and sometimes as "a bored kid in the back of the classroom." This confusion manifests in indecisiveness and indeterminacy in American foreign policy when one of the actors on the ground is Russia.

During the Democratic National Convention in September 2012, John Kerry made the national security and foreign policy speech on behalf of the Democratic Party. Kerry's main target was the foreign policy discourse of Republican Candidate Mitt Romney. In a televised statement, Romney called Russia the number one geopolitical foe of the United States. He received sharp criticism from analysts and lawmakers following his remark. As many presidential candidates did in the Cold War years, Romney blamed Obama for being too soft on Russia, referring particularly to the infamous live-mic incident where President Obama was heard saying to President Medvedev that he would show some flexibility to Russia after the elections. This was not the only exchange candidates had on Russia during the elections. Before making this statement, Romney also visited Poland to demonstrate his solidarity with the country against a Russian threat, and received the most significant international endorsement there. But for Democrats, Romney was acting in line with Cold War codes in a rapidly changing world. In his speech, John Kerry accused Romney of speaking as if he'd only ever seen Russia by watching Rocky IV. He went further to suggest that although it had some interruptions, President Obama was standing behind America's "reset" program with Russia. These exchanges between Democratic and Republican candidates about Russia were probably the most dynamic dimensions of the foreign policy debates during the 2012 election. After the electoral victory of President Obama, John Kerry assumed office as the Secretary of State and aimed to revive the reset policy by building a personal diplomatic channel with his Russian counterpart, Sergei Lavrov. The expectation was to find solutions for problems of common interest, such as international security, Syria, Iran, post-
NATO Afghanistan, and North Korea. However, Kerry was too optimistic about Russian cooperation and his expectations were too high to achieve. The most negative results of Kerry's high expectations were probably created in Syria. While the U.S. was expecting Russia to cooperate and find a diplomatic solution for the regional problem, Russia was continuing to send weapons to the Syrian regime to destroy the opposition. However, it wasn't the killing of thousands in Syria that led to the halt of the reset policy, but rather the Edward Snowden affair.

Now with the crisis in Ukraine, relations have entered a new phase. For the last five years, President Obama's main goal has been to restore relations after they were damaged during the Georgia crisis of 2008. After this period, developments in Ukraine could bring the two countries to the brink of a more serious stand off if the crisis escalates in the coming days. In this standoff, however, Ukraine will not be the only variable in relations. There are too many other variables on the table, including human rights abuses in Russia, the Syrian conflict, and the Snowden affair, which could complicate diplomacy between the two countries. More importantly though, there is a significant risk in the U.S. reaction: Nobody knows how President Obama's "concern" about the situation in Ukraine could translate into foreign policy.