Election Results: Toward an early election? 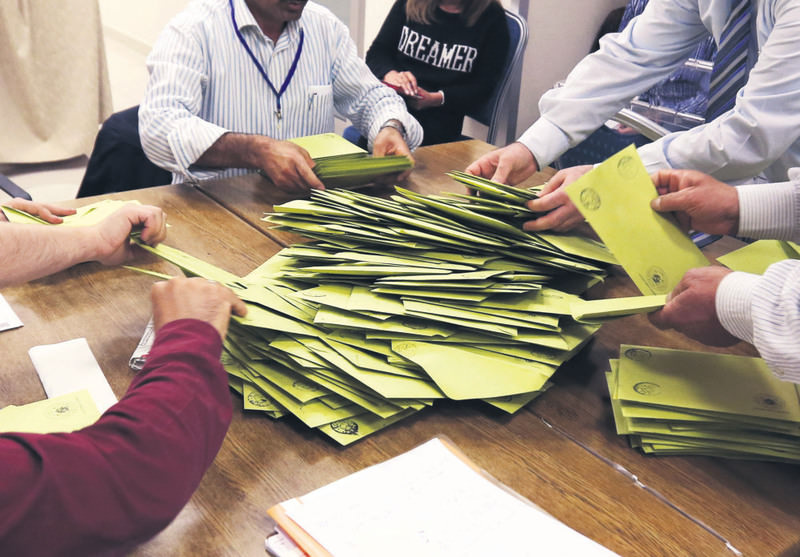 Just before the elections, I wrote in this column that there is one thing for sure about the elections in Turkey, which was yet another election result with the Justice and Development Party (AK) Party getting the most votes with the main opposition party as a distant second. The election results demonstrated this outcome. The AK Party won its fourth consecutive general election and the main two opposition parties failed to defeat the AK Party at the ballot box again. In terms of the participation in the elections, the 85 percent turnout rate and 96 percent representation in Parliament is an important sign that the public actively participates in the elections and Parliament will be one of the most representative for years. However, the turnout rate remained lower than the last few elections and seems to work at a disadvantage for the AK Party. The elections also demonstrated that Turkey is very much capable of having free and fair elections. It demonstrated the democratic maturity of the Turkish political system. The Turkish nationals abroad voting in this election also demonstrated the changing landscape of the political participation of Turkey.

Out of the election results we have a four-party Parliament, in which the AK Party, Nationalist Movement Party (MHP), Republican People's Party (CHP) and Peoples' Democratic Party (HDP) are all represented. This is taking place after 12 years and three elections. In this new distribution of seats, the AK Party cannot have a single-party majority in Parliament and it is required for the parties in Parliament to form a coalition government.

In the possible scenarios after the elections, President Recep Tayyip Erdoğan will give the mandate to form the government to the winner of the elections, Prime Minister Ahmet Davutoğlu. Davutoğlu needs to form a coalition government, but he said before the elections that the AK Party will not be part of a coalition government. If he continues to keep this position after these results, he will return the mandate to the president. As a next step, the president may give the mandate to the leader of the main opposition party, Kemal Kılıçdaroğlu. First of all, Kılıçdaroğlu also said that he and his party are not willing to form a coalition government. Secondly, under these circumstances, Kılıçdaroğlu, in the absence of the AK Party, needs to form a three-party coalition with the support of the MHP and HDP. It seems a distant possibility for these three parties to come together to form a coalition and, even if they achieve to do, it would be a rather unstable government due to the major divergences among the position of the parties about key issues in Turkish politics.

? However, Sunday's election results can also be interpreted as the voters still do not see the opposition parties as alternatives to the current government?.

The most significant among these topics is the difference and even polarization about the opening process of the Kurdish question. A government formed by the CHP and HDP, and supported by the MHP, also does not look like a stable option. Of course there may be tactical alignments in Parliament to establish a government without the AK Party, but even in that circumstance we will witness a lot of crises and deadlocks in government.

Coalition governments did not generate a very good political memory of the people of Turkey. It created not only economic and political instability, but also paved the way for the intervention of the military into politics and the formation of the tutelary system. It had been especially detrimental for the economy. The periods of coalition governments were the most difficult years for Turkish politics and, with the dual executive at this point, it could be harder to maintain. Because of this political memory and because of the difficulty of forming a coalition under the current distribution of seats in Parliament, it will be hard for the parties to form a coalition government.

The coming two weeks will demonstrate the intricacies and difficulties of forming a coalition and the most likely scenario seems to go to an early election in the next two months. It will be the most frequently given option in the coming days and weeks. Despite the difficulty of having another election on such short notice and after three main elections in the last 16 months, it may be the best of the options on the table for Turkey's future.