Srebrenica and the international system 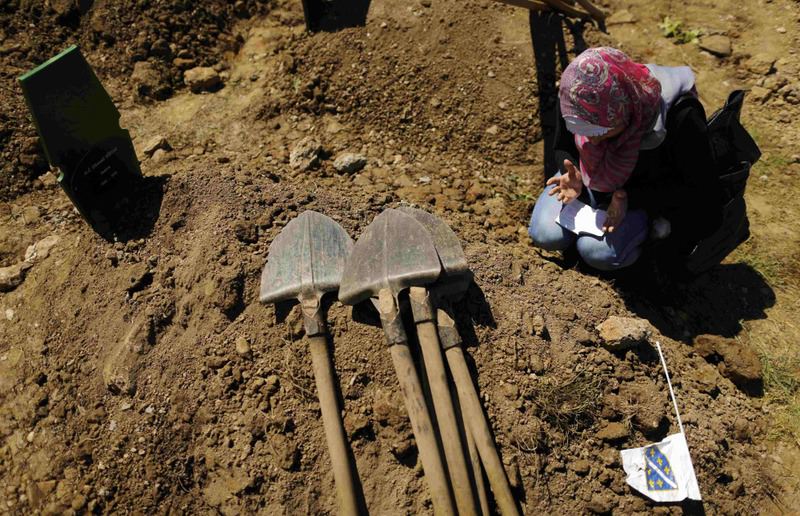 A massacre took place 20 years ago in and around Srebrenica in front of the whole world's eyes with the Serbian military forces killing 8,000 Bosnian men and raping, torturing thousands of women and children after the U.N. declared the area a ‘safe zone'

Last week people around the world commemorated the massacre in Srebrenica that took place 20 years ago. In this well-known massacre, Serbian forces killed more than 8,000 Bosnian men and raped, abused and tortured thousands of women and children in and around the town of Srebrenica. The massacre of men and abuse of women and children took place after the U.N. declared the area a "safe area." The U.N. Protection Force (UNPROFOR) that was in charge in the region however failed to prevent the massacre. Eyewitness testimonies after the massacres demonstrated the insensitivity and lack of action among the UNPROFOR soldiers, who were mostly comprised of Dutch Units that were later awarded for their service by the government of the Netherlands.

The event that took place in Srebrenica was not just a massacre of civilians; It also represented a major signpost for the end of the post-World War II world and a showcase of the ineffectiveness of the international community. In the midst of Europe, where societies had witnessed or been victimized by genocide half a century ago, members of the international community failed to react and prevent another massacre despite all of the warning signs. Despite discourse of democracy, human rights and freedoms, the European countries and their union basically could not agree on a policy that could stop the events in Srebrenica. After this failure, the European Union expanded to include Central and Eastern European countries; however, it could not take the necessary lessons from this problem to deal with the humanitarian crises in the world and its neighborhood. The difficulty of developing a common policy on humanitarian crises continues to this day. The recent failure of the union to develop an effective policy to deal with migrants to the Mediterranean shows the continuation of this situation.

Another major, humiliating defeat in the vein of Srebrenica was the failure of the United Nations to develop any meaningful solution for the problem and prevention of the massacre in Srebrenica. The U.N. system also did not take the necessary lessons from the Srebrenica genocide. For the last 20 years, despite the emergence of new norms such as "responsibility to protect," the U.N. has been inefficient in preventing massacres around the world. Its Security Council in fact has turned into a body that acts against its mission of providing security and peace around the world. In different instances, the council has even failed to pass resolutions of condemnation of human rights abuses and mass killings. Twenty years after its failure in Srebrenica, the U.N. Security Council even failed to label the massacre in Srebrenica as a "genocide" due to a veto by Russia. This decision was not only a humiliating defeat for the international system but also another example of the increasing irrelevance and inefficiency of the U.N. Security Council and its procedures.

Twenty years after these horrific incidents, the Srebrenica massacre shows that under current circumstances, the international system fails to provide any solutions to prevent acts of genocide and ethnic extermination. With its current structure, the U.N. can provide nothing to protect the victims of human rights abuses, repression and violence. To ask for reform of the system seems a rhetorical position for many, but the tragedies of the last 20 years demonstrate that it is a must, and it is an overdue measure that needs to be taken.