The PKK and the reconciliation process 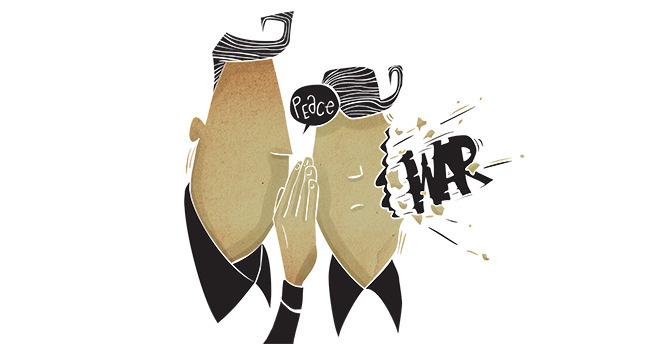 The PKK is threatened by the rise of politicians' influence over Kurdish citizens, which means the terrorist organization will eventually lose its presence in the region

For scholars and observers of the Kurdish question, the next big research question is what will the PKK's reason for ending the reconciliation process in the aftermath of the June 7 elections be? In several different instances the PKK declared a cease-fire but ended it abruptly and launched terrorist attacks in Turkey. Despite these several changes of mind, the reconciliation process was launched and many expected to see a new era in the solution of one of the most significant problems in Turkey. However, once again the PKK changed its mind and commenced attacks in different parts of the country.

Of course one of the reasons of the change in this path may be the internal struggle between different actors in Kurdish nationalist politics. In several different instances, this change took place when the leadership of the PKK found itself threatened by the rise of other actors and attempted to rally support through escalating violence. Each time, the cost of this change was significantly high for the Kurdish population in Turkey. However, this cost to Kurdish society was not taken into consideration by the PKK. Now, with the electoral success of the Peoples' Democratic Party (HDP), a similar question was raised by many about the motivations of the PKK in this critical juncture of the Kurdish political movement.

A second explanation regards the over-confidence of the PKK due to the situation in Syria. The Kobani crisis and international support for Kurdish groups fighting against ISIS might result in an increasing degree of confidence for many PKK members. The PKK might be willing to take advantage of this sympathy by launching attacks on Turkey. The recent actions of the PKK and its affiliates in southeastern Turkey demonstrate this over-confidence. To claim control of cities and towns by digging trenches and establishing roadblocks shows that the organization has a realistic assessment of the outcome of these tactics.

Of course there is a third explanation that argues that the PKK never took any steps toward achieving a successful conclusion to the reconciliation process. It was reported earlier that the PKK, instead of demobilizing and demilitarizing, started to stockpile weapons and ammunition in towns during the cease-fire. This was in total contrast to the statements from its leadership about giving up violent struggle and pursuing its goals in the political arena. While blaming the government for not acting fast enough in the reconciliation process, the PKK was constantly building its capacity to launch another series of attacks in Turkey. The spread of PKK violence through different cities in the immediate aftermath of its declarations to launch attacks in Turkey demonstrated this preparedness.

Regardless of which of these scenarios is more accurate and better explains the PKK's actions, the situation seriously damaged a significant aspect of the reconciliation process. The PKK's preparedness to organize terrorist attacks in different cities at the same time demonstrated that the organization has never been willing to give up violent struggle. This seriously made the successful achievement of a solution very difficult. Secondly, the PKK's attacks in the aftermath of the HDP's electoral success demonstrate that the internal struggle in the Kurdish political movement will have a serious impact on the process itself. This struggle will also have disruptive effects on the process.