What China and US won't talk about at the summit 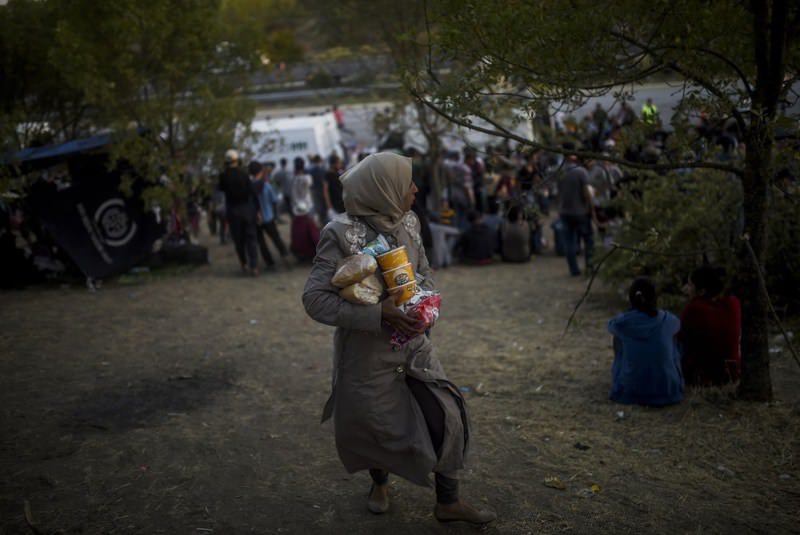 No mention of the Syrian crisis and the issue of human rights on the agenda of the upcoming summit between the leaders of China and the U.S. is a clear sign of the irresponsibility of these two superpowers on global problems

Washington currently has a busy schedule because of the U.N. General Assembly meetings and visits by Pope Francis and President Xi Jinping of China in the same week. Although security measures in and out of the city, because of the pope's visit, are more pronounced on local media, Xi's visit will be more significant and consequential. For some, these meetings, in addition to the Strategic and Economic Dialogue meetings between the parties, are the most important summits of the changing international system. Prominent strategists and scholars of international relations started to call these meetings the "G2" years ago.

During his two days in Washington Xi will have a busy itinerary, which includes a dinner with President Barack Obama, a formal reception and ceremony at the White House, a lunch hosted by Vice President Joe Biden and Secretary of State John Kerry and a state dinner hosted by Obama. The two leaders will have many issues to discuss in these meetings. According to media in the U.S., Obama's priority will be issues such as cybersecurity, due to the recent allegations of cyber infringement on intellectual property and espionage by Chinese hackers, the South China Sea dispute, due to the recent escalation of disputes on the sea because of disagreements over maritime delimitation and China's other potential unfair trade practices. For China, on the other hand, the main expectations from Xi's visit will include gaining equal superpower status and treatment from the U.S. In addition, the increasing economic ties and conversations about the disputes on South China Sea will be other issues on the Chinese delegation's agenda. If these reports are accurate, the more interesting things about this summit will not be what they are talking about, but rather what they will not be discussing in their meetings.As two world superpowers, the U.S. and China will not talk about the humanitarian disaster that is taking place in and around Europe and the Middle East or Syrian refugees. As the two biggest economies in the world, they will not discuss how to coordinate humanitarian assistance to Syrians in need. Of course, due to China's veto power on the U.N. Security Council, it will not like to discuss the Syrian crisis or possible solutions to the conflict. And again, of course as the reluctant power, the U.S. administration will not have the appetite to bring this subject to the table. It will be very strange for these two superpowers to come together and discuss different issues as if there is nothing going on in the world. So while these two superpowers will deepen engagement with one another, they continue to disengage from international responsibilities.

Of course, another thing that these two superpowers will avoid in their conversations will be the issue of human rights and basic liberties. Despite calls from human rights organizations in the U.S. for months now, so far it looks like the administration will continue to adopt its traditional approach to not making human rights in China an issue on the agenda. Currently, even the optimism of the 1990s that engagement with China will help the country become more liberal and open and reform its political system, no longer exists. Leaving aside that we do not know what is going on behind the closed doors, what the public knows about the U.S. approach is that it is not making human rights and basic liberties an issue in its relations with China.

Not talking about the crisis in Syria and the issue of human rights will not make them disappear. These two issues will continue to overshadow the great power status and standing of these two countries.
RELATED TOPICS