Ankara attack and YPG connection: Another Bekaa or Qandil in Syria? 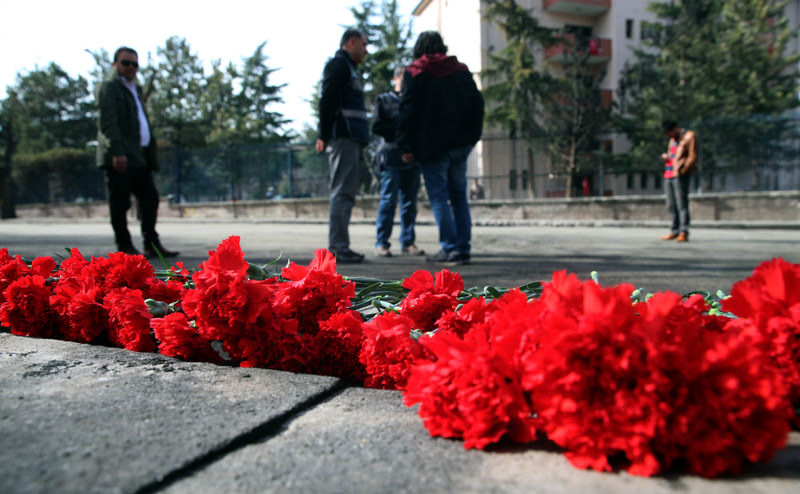 Carnations are left at the explosion site for the victims of Wednesday's suicide bomb attack by the YPG in Ankara. (AP Photo)
by Kılıç Buğra Kanat Feb 20, 2016 12:00 am

Turkey has experienced another major terrorist attack. For the second time in the last five months, terrorists perpetrated an attack in the capital Ankara. The attack left 28 dead and 61 wounded. Following the attack, Turkish authorities informed the public that the person responsible was a Syrian national named Salih Nejar, a member of the People's Protection Units (YPG), the militia of the Syrian PKK affiliate Democratic Union Party (PYD). Nejar had taken refuge in Turkey following the battle in Kobani between DAESH and YPG forces in July 2015. The YPG connection in the attack will be one of the most significant issues discussed in the coming days regarding Ankara's policy on the conflict in Syria and Turkish-U.S. relations.

Just days before this attack, Turkish security forces started to shell YPG positions around Azaz after the YPG, with air cover provided by the Syrian regime and Russian airstrikes, launched an attack on Azaz, which is under the control of Syrian opposition groups. Despite several warnings from Ankara, the YPG attempted to take advantage of the situation in northern Syria and extend their territory in the region. Ankara has warned for years about the increasing power of the YPG and its possible objectives besides fighting DAESH. The fact that the group was attacking a town under the control of the Syrian opposition demonstrates the presence of some other goals. And the connection between the PKK and YPG is hard to ignore. For months now, in multiple instances Ankara has asked its allies to be cautious about their support for the YPG. In the long history of PKK attacks against the Turkish state, the organization has used the gray zones of war-torn areas as their bases. The Bekaa Valley of Lebanon was one of the training grounds of the organization for many years. Later, the Qandil Mountains in northern Iraq became the main headquarters of the PKK. For the last two years, there has been an increasing attempt by the YPG to take advantage of the situation in northern Syria and move its resources to these lands. At this point, after the YPG connection to the Ankara attack, most probably we will see further precautions by the Turkish government to stop the spread of the YPG along its southern border. For months, Ankara's warnings about the threat of the YPG have been responded to by the U.S. in statements that have said the U.S. is warning the YPG not to attack Turkey. However, the Ankara attack shows that those warnings were not deterrent enough to stop such actions.

Secondly, since the Kobani crisis, the YPG has become an important source of tension between Washington and Ankara, and despite several protests by the Turkish government, the U.S. administration did not respond positively to Ankara's demands about the YPG and continues to arm and train members of the group despite its direct threat to Turkey's national security. In the last batch of its show of support, the U.S. special presidential envoy for the Global Coalition to Counter ISIL (DAESH), Brett McGurk, visited Kobani and shared pictures with YPG forces. Somehow, for the last two years the U.S. administration has insisted that the YPG is a reliable partner and treated the organization as a unit that can be trusted, controlled and, if necessary, contained. In the meantime, the U.S. administration turned a blind eye to YPG war crimes against Turkmens and Arabs. The world super power invested in the YPG, which Ankara considers a terrorist organization, to fight against DAESH. After the attack, the U.S. position on distinguishing between the PKK and the YPG and its impact on Turkish-U.S. relations will be another challenging issue.

In the coming days and weeks, these two issues will influence both the conflict in northern Syria and the trajectory of Turkish-U.S. relations.