The US and YPG 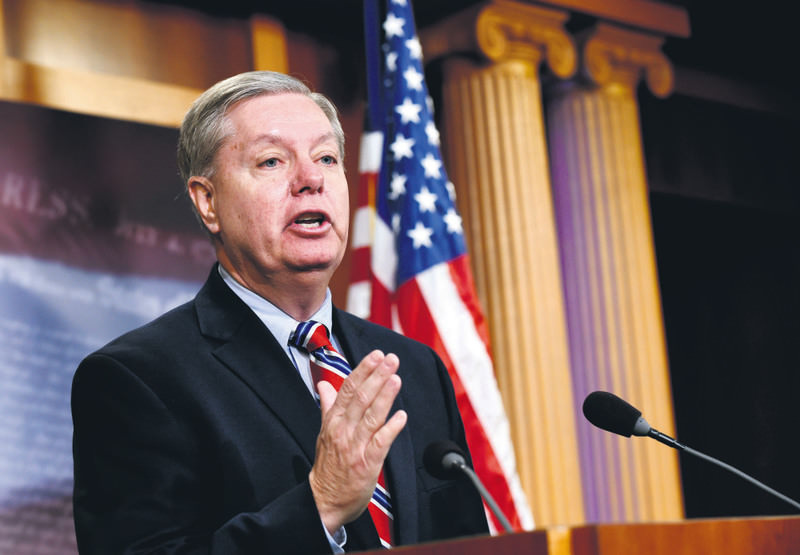 Demographic engineering, war crimes and atrocities committed by the YPG is making it harder for the U.S. administration to support it, but still it does

Since DAESH's attack on Kobani, there is an increasing amount of debate about the People's Protection Units (YPG) and the nature of the organization. The optimism of the international coalition and Western countries about the usefulness of the YPG in the fight against DAESH was expressed in multiple different instances by different authorities in the West. The United States, despite protests from Arab governments as well as the Turkish government, began supporting the YPG and provided arms and ammunition for a group that was recognized as a terrorist organization by its NATO allies. In order to not break U.S. law and not to look too hypocritical, U.S. authorities drew an artificial distinction between the PKK, which was recognized as a terrorist organization by Turkey, the U.S. and the European Union, and the YPG, which was an affiliate of the organization.

Each and every observer of the region's politics knew that the PKK and YPG were politically and ideologically the same organization. They were using the same pool of human resources. A huge portion of the YPG fighters in northern Syria were recruited from the PKK ranks and among PKK sympathizers. Thus, it was so obvious that not many people tried to prove the organizational, ideological and political connections between these two organizations. U.S. military assistance to the YPG as well as political support led to the emergence of a major force in northern Syria. In the meantime, the U.S. government also played a leading role in providing legitimacy to the YPG in the international sphere. During this period, the expansion of the YPG in northern Syria helped creat an interpretation of its effective fight against DAESH. The attempts of demographic engineering in this part of Syria was usually overlooked by the U.S. administration. Amnesty International and other human right groups documented that the YPG was committing war crimes in the areas under its control; however, this was also mostly ignored by Western policymakers. The forced deportation of locals from their territories was not only an attempt to create a demographically homogenous zone but could also seriously damage interethnic relations and further destabilize the region. Because of the lack of willingness in these Western countries to seriously commit to fighting DAESH, the YPG's actions in the region did not create much of a reaction. In the meantime, Western outlets in particular continue to romanticize the YPG fighters.

In the last week, two developments took place that shook this image of a secular and reliable partner. First of all, in one scene that is a reminiscent of DAESH's exhibition of its atrocities, the YPG forces paraded bodies of almost 50 fighters in different opposition groups through the streets of Afrin. The members and sympathizers of the YPG circulated the images and videos of this parade on social media. Later it was revealed that the bodies were the members of Free Syrian Army (FSA) groups who might also be supported by the U.S. and its allies. The spokesmen for the U.S. State Department condemned the incident and said, "While we can't authenticate it 100 percent, we, without hesitation, strongly condemn this kind of behavior that it depicts and believe that it only serves to heighten tensions between those groups in western Syria."

Just like with the YPG's previous violations, no one is expecting a major policy change in regards to the YPG from the U.S. at this point, yet even the recognition of this incident was a major step in realizing the true nature of its partners.The second related incident in regards to the YPG took place when U.S. Defense Secretary Ashton Carter was testifying at a Senate Armed Services Committee hearing. During the hearing, Senator Lindsey Graham asked a question about the YPG and followed it up with another question about whether there is a link between the PKK and the YPG. Carter answered "yes," which led Graham to ask whether the PKK is recognized as a terrorist group by Turkey. Carter, this time, said the PKK is not only recognized as a terrorist organization by Turkey but it is also recognized as such by the EU and the U.S. The testimony given is nothing but a confirmation of a fact that everyone already knows: That the YPG and the PKK are more or less the same organization. When this confirmation comes from the U.S. secretary of defense, however, it indicates another major step for the realization of the threat that the support for the YPG can pose to Turkey's national security. It is also important to state that in regards to Turkey's reaction to the U.S. for arming the YPG, Graham said: "They think this is the dumbest idea in the world and I agree with them."

Yes, these two incidents were not related; yes, the U.S. will continue supplying arms and ammunition to the YPG; and yes, the spokesman for the U.S. State Department once again stressed that the YPG is not a terrorist organization. It is becoming harder and harder, however, for the U.S. administration to stick to or defend this policy. The demographic engineering and parades as such will complicate the situation in northern Syria while continuous U.S. support for this organization will destabilize Turkish-U.S. relations. Finally, the U.S. Senate's reaction to this policy may generate another reason for the U.S. administration to reconsider this policy.