Reliability of US as a partner 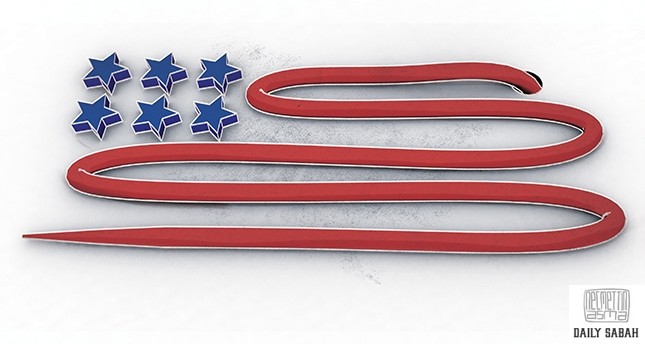 Washington's Syria policy has led regional actors to question the U.S.'s credibility and reliability and who is friend or foe, engendering more negative sentiments toward the U.S. in the Middle East

For years now, one of the most frequently used nouns in Washington to define, describe and evaluate allies and partners has been their reliability. In a single Google search one can find hundreds of pieces written to assess the reliability of these partners and allies of the U.S. Most of these pieces use a question mark in the title, judging whether or not the U.S. can trust these allies and partners in emergencies. Very basic disagreement between the U.S. and these countries has triggered articles with these judgments. In the last decade, one of the regions where this reliability phenomenon was most pronounced and debated was the Middle East. Different U.S. allies and partners have been discussed and scrutinized with that question in this part of the world. However, while some in the U.S. were evaluating other countries' reliability, U.S. policies generated different discussions in the capitals of U.S. allies and partners regarding U.S. reliability in the region. In the last few years, in different instances, such as the crisis in Egypt after the military coup and at various critical times in the Syrian civil war, including the regime's use of chemical weapons, the question of U.S. reliability became more pronounced. The gist of U.S. credibility discussions concerns whether its partners and allies can rely on the U.S.

In recent months, some scholars and analysts such as Stephen Walt described this debate as an addiction and obsession. In a piece in Foreign Policy, he wrote: "This obsession with credibility was misplaced." According to Walt, a state's reputation for being tough or reliable does not work the way most foreign policy elites think it does. American leaders kept worrying that other states would question the United States' resolve and capability if it ever abandoned an unimportant ally or lost some minor scrap in the developing world. In some instances, however, this credibility crisis or reliability question may have lasting impacts on U.S. partnerships and alliances in the Middle East. In relations with the U.S., states in different regions usually take into account various instances of crises of confidence and trust. This situation does not help ease the facilitation of negotiations and agreements with allies and partners. In particular, when there is a crisis that necessitates urgent action, this reliability problem can be an important hurdle to be taken care of.

In addition, major powers in international relations usually compete for credibility and reliability as well as power and influence. During a major power credibility crisis, its rivals can try to take this country's position to gain that reliability. Following Jeffrey Goldberg's interview with U.S. President Barack Obama in which he tried to defend his foreign policy record, in a Financial Times op-ed, former Undersecretary of State Nicholas Burns emphasized this problem: "This is why Mr. Obama's defense of his decision to pull back from striking Syrian military targets in 2013, after having drawn a 'red line' against Bashar Assad's use of chemical weapons, is so troubling. He adamantly rejects the notion that his restraint diminished U.S. credibility in the region. ... If Mr. Obama did not intend to honour his red-line threat, he should never have made it. The result was inevitable - American credibility is undeniably diminished in the Middle East, while that of [President] Vladimir Putin's Russia has been enhanced." A recent report indicates that Russia is trying to exploit this credibility gap in Syria by trying to recruit former U.S. partners and allies. In an interview, an opposition group leader said the Russians were saying: "We will support you forever. We won't leave you on your own like your old friends did." This shows that other countries in the region are filling the reliability and credibility vacuum.

Questions about U.S. credibility and reliability are spreading to different phases of the conflicts in Syria and Iraq. On two fronts, the U.S. works with two different groups that may bring serious repercussions to the region. In Iraq, Shiite militias increasingly gain more prominence, raising concerns about the future of the country. In Syria, groups led by the People's Protection Units (YPG) militia generate tensions between Washington and Ankara and may bring further demographic tensions to the already complicated politics of the region. A recent article in Foreign Policy questioned whether the U.S. can control Shiite militias and their abuses after the defeat of DAESH. After a Human Rights Watch report that said: "Sunnis who managed to escape Fallujah have suffered beatings, disappearances, and even summary executions at the hands of Iranian-backed Shiite militias over the past two weeks," these concerns increased. Similarly, Amnesty International has accused the YPG of committing war crimes in northern Syria in its report, " 'We had nowhere else to go'- Forced Displacement and Demolition in Northern Syria." Similar questions about demographic engineering and forced displacements are asked about recent YPG-led operations in Manbij. Despite this situation, the U.S. continues to arm and train YPG forces, which Ankara considers a branch of the PKK, which is recognized as a terrorist organization by the U.S., EU and Turkey.