This time terror hits the people of Nice 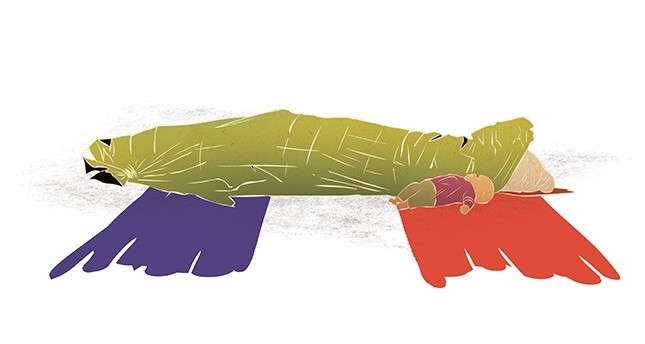 In the long term, the most important and effective mechanisms to stop this form of violence will be through understanding the roots of recruitment for terrorist organizations

In the aftermath of every terrorist attack in a major population center for the last one year, in this column I have written things that everybody knows but states and the international community fail to implement. In the last one year, various terrorist networks and groups have attacked many cities, including Paris, Brussels, Istanbul, Ankara, Orlando, Jakarta, Baghdad and Lahore. The attack in Nice is the latest. Although so far nobody has claimed responsibility for the attack, many terrorism experts argue that there are signs that shows connection to DAESH. Hundreds of people died in these attacks and hundreds more were wounded. The trauma that these attacks left on the millions of people living in these cities will continue for the foreseeable future.

There are similar calls after every terrorist attack in recent years for extensive international cooperation to fight against terrorist groups. The first dimension of the problem we are dealing with in international security is a transnational threat that does not allow the resolution of these problems through the efforts of one single country. It necessitates an international endeavor and serious commitment by the members of the international community. Every state's intelligence services and counterterrorism offices have different sorts and amounts of data on terrorist networks around the world. Since 9/11, with the evolution in the meaning and extent of terrorist actions, countries around the world failed to develop a comprehensive and institutionalized setting to share information and exchange notes about terrorist groups. There have been different ad hoc coalitions against the terrorist group. The last one was built against DAESH. However, the alleviation of the threat usually weakens these coalitions until the rise of another transnational threat.

The second dimension of it is that terrorist groups have proven to be very flexible regarding the tactics they use. Especially in the recent past, they started to use a diverse set of actions in order to terrorize people in different cities. In addition to the suicide bombings in the most cosmopolitan districts of Istanbul, terrorist groups used moving vehicle suicide attacks in Ankara and a more hybrid type of weapon assault plus suicide bombing in airports in Brussels and Istanbul. They also showed variation in terms of their targets. Nightclubs in Orlando and Paris, restaurants and tourist centers are some of them. For the recent attack in Nice, which so far has resulted the death of 85 people, the attacker or attackers used a truck to ran over more than 100 people watching fireworks at a Bastille Day celebration. This diversity of tactics and methods shows that law enforcement agencies and security forces always need to be one step ahead of terrorist groups in order to prevent attacks. The strategy of pre-emptive strikes may not be sufficient without such preventive actions. Especially the fact that lone wolves and self-inspired individuals are perpetrating some of these attacks makes it extremely necessary for security forces to focus on possible tactics in addition to potential terrorists.

The third dimension of these terrorist attacks shows that although there may be self-inspired individuals, terrorist organizations are being what prominent expert David Kilcullen has called "inciter-in-chief" in these forms of attacks. Especially terrorist groups in failed states, such as Syria, are extremely effective in exporting insecurity to different parts of the world. Through their more influential recruitment mechanisms, mostly by the use of social media, groups like DAESH are reaching different sorts of people in different countries Their use of effective propaganda of their activities in Syria and Iraq is influential in attracting people to their organizations. These failed states provide a breeding ground and safe haven for these networks. Since the beginning of the civil war in Syria, a lot of experts have warned governments in the West about the rising threat of states incapable of controlling their borders and territories. Currently this threat became real with the increasing number of terrorist attack incited by the organization that emerge, rise, propagate and spread from these territories. Because of this finding, a solution for the conflict in Syria is extremely important to end the increasing degree of insecurity and terror.

Finally, following these attacks around the world, there will be further questions about the major goals of these terrorist organization. These attacks have puzzled some experts, security officials and scholars. Some of these attacks were claimed by DAESH whereas in others law enforcement agencies accused the organization for the attack. However, one of the most important questions whose answer is still to be understood is the main motivation of the people who committed these violent acts of terrorism. The different backgrounds, tactics and motivations of the attackers make it extremely difficult for security personnel to prevent the attacks. It is well known that this new generation of terrorist attacks have a lot of differences with the previous and more traditional form of terrorism. There should be further studies regarding the sociological, psychological, theological and political dimension of these attacks and attackers. In the long term, the most important and effective mechanisms to stop this form of violence will be through understanding the roots of recruitment for these terrorist organization.