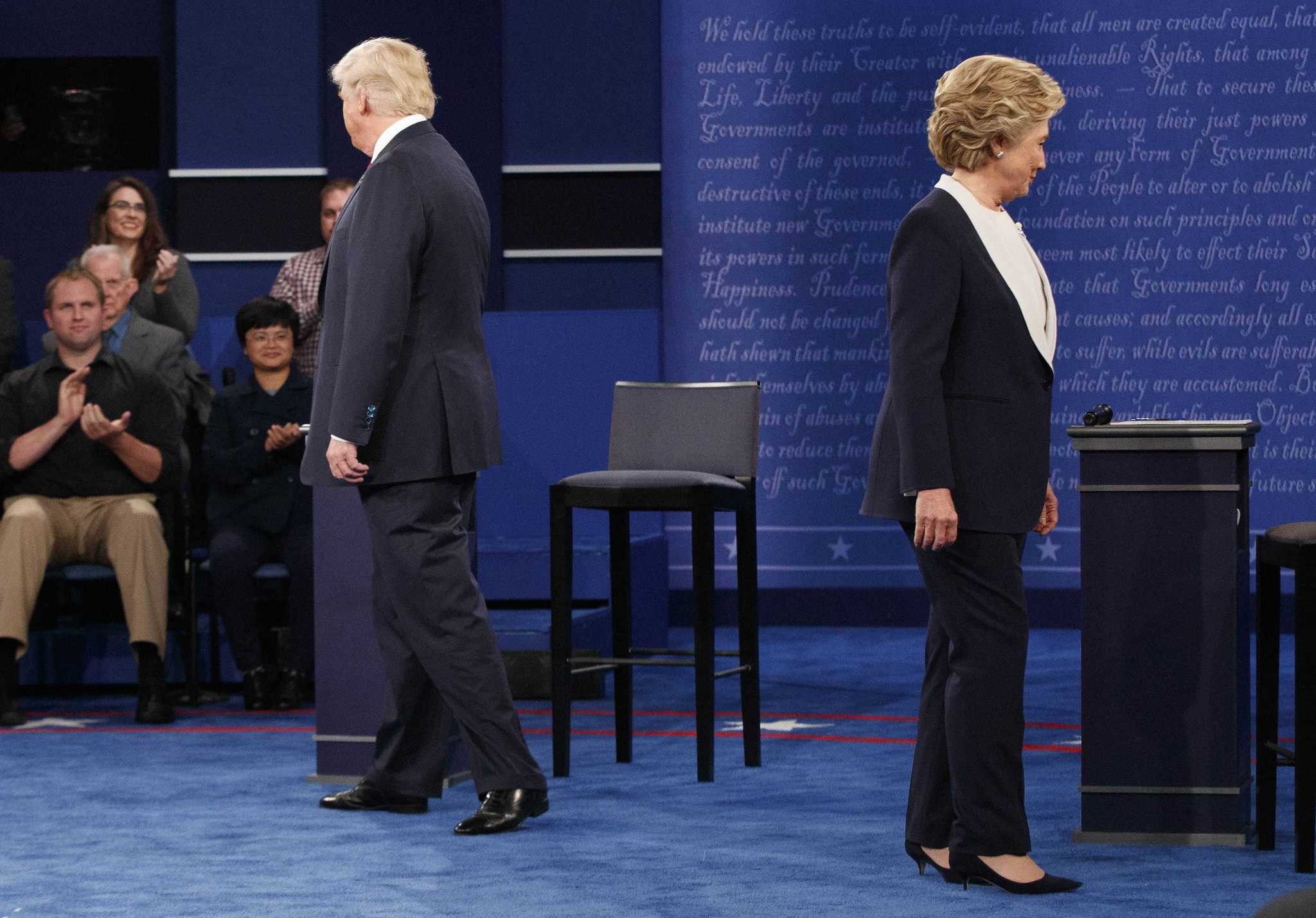 Donald Trump and Hillary Clinton walking to their chairs as they arrive for the second presidential debate at Washington University in St. Louis, Oct. 9, 2016.
by Kılıç Buğra Kanat Nov 07, 2016 12:00 am

There is serious concern about the future of unity due to the exclusivist discourse in the U.S. society while 'House divided' murmurs are on a rise

Tomorrow the long race for the White House will finally end with the elections and American citizens will vote for their next president. Yesterday, I wrote a set of questions in this column that the world expects to be answered. There are more questions that need to be answered in this critical juncture of American politics. They are not about what the U.S. will do after the elections but what kind of country the U.S. going to be in the aftermath of these divisive and polarizing elections.

One of these questions is to the state of the Union after this election. The "House divided" term is frequently being mentioned in U.S. media in regards to the state of the society nowadays. One of the aspects that this election brought to this already divided political sphere was the exclusionary discourse that was directed toward different minority groups within the U.S. One of the most controversial dimensions of the elections was regarding the discourse and the debates on migrants from Latin American countries. The position about the migration of some of the candidates running from the presidency have always been extremely harsh for years now. However in this election some of the candidates made appalling suggestions on how to deal with migrants. The recommendations include chipping migrants so that the government can follow them to build a major wall between the U.S. and Mexico. The debate moved beyond how to decrease and stop illegal migration to the U.S. to utterly exclusionary and offensive statements about these migrants. Such discourse, referred to as populist by some, is hard to control once it starts mobilizing people politically. We already see in different European countries that this anti-immigration discourse is becoming not a demand to regulate immigration but part of wider political movements that have controversial political goals and even more controversial political motivations.

Muslims in the U.S. probably were also among these groups that were pulled to become the subject of different debates during this election cycle. The idea of prohibiting Muslims from entering the U.S. as part of the war on terror was one of the most dramatic reflections of this debate. The support that Republican candidate Trump received from certain segment of the population after making this statement indicated the danger of the state of the union. The speech by the father of a fallen Muslim American soldier during the Democratic National Convention and the reaction he received from the Trump campaign following this also raised significant questions about the future of Muslims in the U.S. For the last few elections now this issue was being raised in multiple instances. Previously profiling Muslims in the U.S. and making them take an additional oath in regards to their loyalty to the U.S. was offered by different presidential candidates as "innovative" approaches to deal with "the threat of Muslims." Some even went so far to make the statement that they would not welcome a Muslim president to the office. While these statements are being made in the U.S. domestic politics, the U.S. is engaging in a fight against Daesh together with its Muslim allies and partners in the Middle East.

Now there is serious concern about the future of the union in the U.S. following this election. The other minority groups in the U.S. are also watching the rise of this discourse as they know that the politics of exclusion does not have limits. Once this discourse of scapegoating and exclusion starts it risks the other minority groups and poses a significant threat for the unity of the society as a whole. After Nov. 8, we will be waiting for these questions to be answered as well.