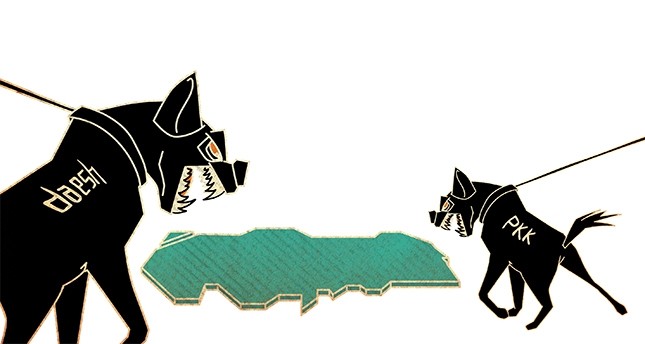 In the immediate aftermath of the attack, people on Twitter began spreading unconfirmed information as if it were reality and even claimed the attack was perpetrated as a reaction to the New Year's Eve celebrations by some radical groups. Every observer in Turkey should know by now that the reason for a terrorist attack in Istanbul can be ignorance at best. This was not the first attack to take place in Turkey. In the last 18 months more than 30 attacks by different organizations, including the PKK and Daesh, have taken place in Turkey. Hundreds of people were killed and thousands have been wounded in this wave of terrorism.

One does not need to be an expert on Turkey to understand that when two terrorist organizations that are fighting tooth and nail in Syria are jointly attacking Turkey, the main reason is nothing more than Turkey's fight against terrorism. These terrorist attacks are intended to destabilize Turkey, to terrorize its society and to break the political will to fight against the terrorist threat in its all forms. It has been the only country with troops on the ground that is fighting Daesh in northern Syria and has been threatened numerous times by Daesh because of its operations against the terrorist group.

In different attacks terrorists also targeted the country's social fabric and economy. All segments of society have become the target of terrorism. Terrorist groups attacked a mosque in Bursa, a political rally in Ankara, a bus stop in Kızılay, Ankara, tourists in Taksim and Sultanahmet, police in Beşiktaş, Istanbul, military personnel in Kayseri and finally to a nightclub in Ortaköy, Istanbul. People from all segments of society have experienced the pain and trauma of these terrorist attacks. The violence that was spurred by these attacks hurt the hearts and minds of everybody in Turkey regardless of their ethnicity or religiosity. However, this collective pain and trauma has not led to the disintegration of Turkish society as the terrorist groups intended. Turkish people after every attack were well informed about the attackers and acted prudently and did not let the terrorists get what they want from society.