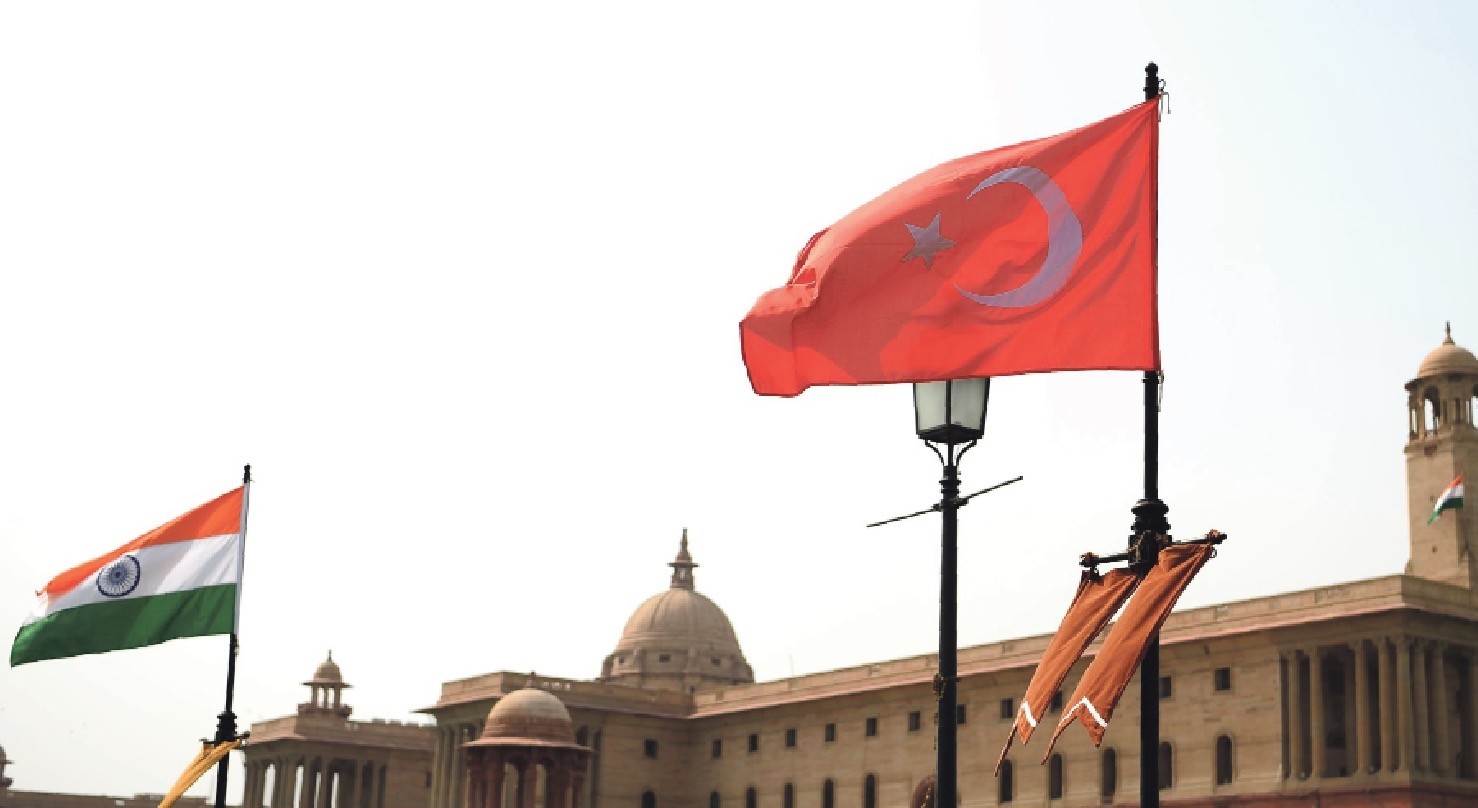 The national flags of Turkey and India seen flying in Rajpath ahead of an official visit by President Erdou011fan as part of Ankara's recent agenda to reform its foreign policies, New Delhi, April 30.
by Kılıç Buğra Kanat
May 01, 2017 12:00 am

In the aftermath of a historic referendum in Turkey, Ankara launched a more pro-active foreign policy and national security agenda. Part of this new approach is of course increasing the intensity of the fight against terrorism. As a country that has been the victim of terrorist attacks from several terrorist organizations, Turkey is expected to deal with this threat in this new period by eliminating not only the current threat but by taking steps to prevent the future reorganization and re-emergence of these terror groups alongside the border.

In addition to the counterterrorism activities of the last several years and operations, such as Operation Euphrates Shield, the Turkish government also intends to prevent any groups from freely operating alongside its border. The airstrikes against the PKK targets last week was the first sign of this new policy. President Recep Tayyip Erdoğan in an interview stated that there may be further strikes on the PKK and Daesh targets in the coming days. In the foreign policy realm, on the other hand, Turkish foreign policy makers will have a busy month ahead. President Erdoğan's trip to India this week will be the first stop of his meetings in China, Russia, United States and, later, the NATO Summit.

However, before going to Washington, D.C., there will be three important summits and each of these constitute a significant juncture in bilateral relations. The visit to India is considered by many as long overdue between the leaders of the two countries. Although there are a lot of cultural and social affinities between Turkey and India, there has been lack of significant economic and political cooperation. This visit can be a watershed moment in completing the neglected dimension of bilateral relations and a new opening for Turkey, which has been taking steps to diversify its foreign economic and political relations.

In the aftermath of his visit to Delhi, President Erdoğan and his delegation will attend an important summit, this time in China. Recently, the new Silk Road project of China, which is now called the One Belt One Road Initiative, has been an issue of constant debate among experts on Asia. It has been considered one of the most ambitious projects in recent decades and despite several instances of the new Silk Road plans, this time Beijing has been investing heavily.

Both the India and China visits may have important ramifications for Turkey's foreign economic relations and thus the visit in Washington, D.C., in addition to other strategic issues, may need to have an economic agenda as well. Considering President Trump's willingness to negotiate trade deals bilaterally with different countries, this can be a good opportunity for both countries to strengthen the weakest link of their bilateral relations.

Similarly, considering that one of the most significant agenda items in the Turkish-Russian summit will be air defense systems, this may also be an important opportunity for the U.S. and NATO countries to reconsider their positions in regards to their policy about the sale of air defense systems to Turkey. In the week before the referendum during his visit to Washington, D.C., the defense minister of Turkey stated that none of the NATO countries were willing to transfer technology to another NATO ally and Turkey is disappointed with this attitude.

To sum up, the next one month will be critical in the foreign policy of Turkey. The diversification of foreign economic relations will be the key of this tour and more than 100 businessmen will join the president of Turkey in his trip to Asian countries. In the meantime, both in Washington, D.C. and Brussels, there will be attempts to improve relations while fixing the damage done over the last few years.