Lack of cooperation against global terror responsible for London attack 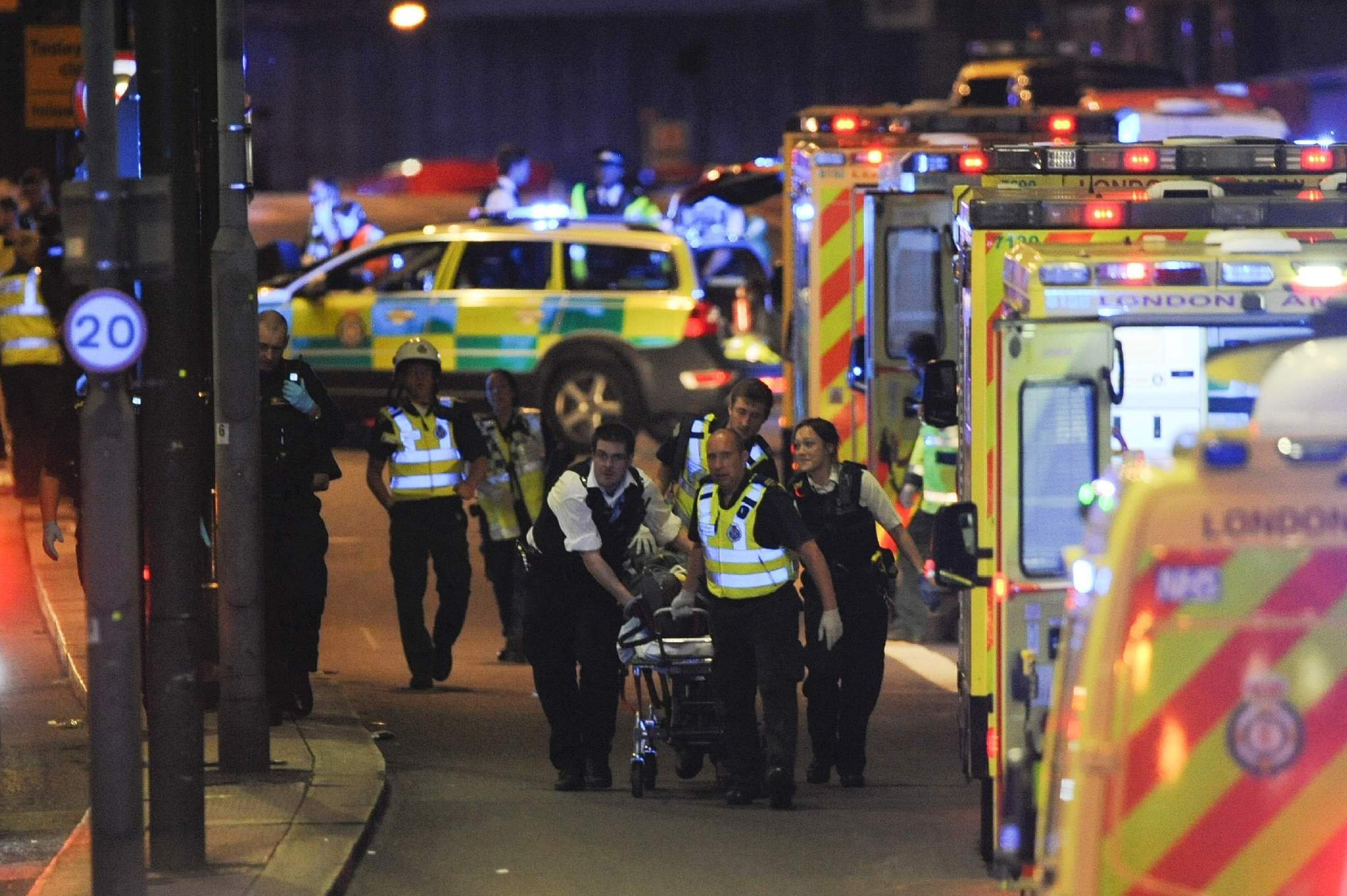 Police officers and members of the emergency services carrying a person injured in the terror attack on London Bridge on Saturday.
by Kılıç Buğra Kanat Jun 05, 2017 12:00 am

As I write these lines, there are reports of another terrorist attack or attacks in London. Accordingly, a white van drove into pedestrians on London Bridge and then three attackers started to attack individuals in nearby restaurants and bars, killing and injuring people. Early reports indicated that at least six people died and more than 40 were wounded, with some in critical condition.

The attack happened a few weeks after the Manchester terrorist attack in the U.K. Although no group, so far, has claimed responsibility, the usual suspect is Daesh. While everybody hopes that this will be the last terrorist attack, unfortunately, that is unlikely, and terrorism will continue to be one of the most significant threats to international security. Despite precautions that states have taken to protect their citizens from terrorist attacks, terror groups, lone wolfs and wolf packs continue to surprise security forces, shocking the public in target countries and international communities.

Terrorists, in the coming period, may continue to find new tactics for recruitment and attacks, and try to deflect security measures that states have taken to stop them. At this point, states must remember two important lessons from the increasing number of terrorist attacks.

First, remember after each and every terrorist attack that the real goal of terrorists is to terrorize society. They want to hurt the social fabric and ethnic, religious and political tolerance in a country as much as possible. They already know that they cannot destroy the state and defeat its security forces by organizing terrorist attacks in a country. However, they believe that these attacks can destroy inter-communal trust and interpersonal civilian relations in a society.

Second, the terrorist attacks that took place in the U.K. last month demonstrate comprehensive and multilateral actions against the threat of terrorism. The efforts of individual states and their actions against terrorism fail to cover the transnational nature. Various countries acquire different types of knowhow and intelligence with regard to terrorism. However, in most instances, the lack of effective and sustainable intelligence cooperation leads to the failure of effective coordination in anti-terrorism strategies.

Although in the last NATO summit, the member countries took the first step for more effective intelligence cooperation, especially in regards to the fight against Daesh, there is a need for more genuine security cooperation that brings all states together with a clear threat perception. Counterterrorism strategy in this new period necessitates a revision of older approaches to terrorism due to the increasing diversity of tactics, recruitment and target.

Attention must also be paid to the fact that, although Daesh acts like an army in Syria and Iraq, it acts like a classic terrorist organization in its actions in cities around the world. Thus, the Raqqa operation will not bring an end to Daesh in the world. While pursuing this operation, the international coalition needs to bring together a long term, transnational counterterrorism strategy that aims to stop possible actions of this terrorist organization and its sympathizers in different parts of the world.

Turkey, a country that has been the target of various terrorist groups because of its very serious military operations against them, has been raising the necessity of a more international effort in the last few years. These concerns of the Turkish security authorities need to be taken into consideration to fight terrorism. Feeling pain and sympathy for cities targeted by terrorists is the first step that the international community needs to take. Shared pain can become an important factor in providing the groundwork to develop a comprehensive international strategy that we can look forward to.