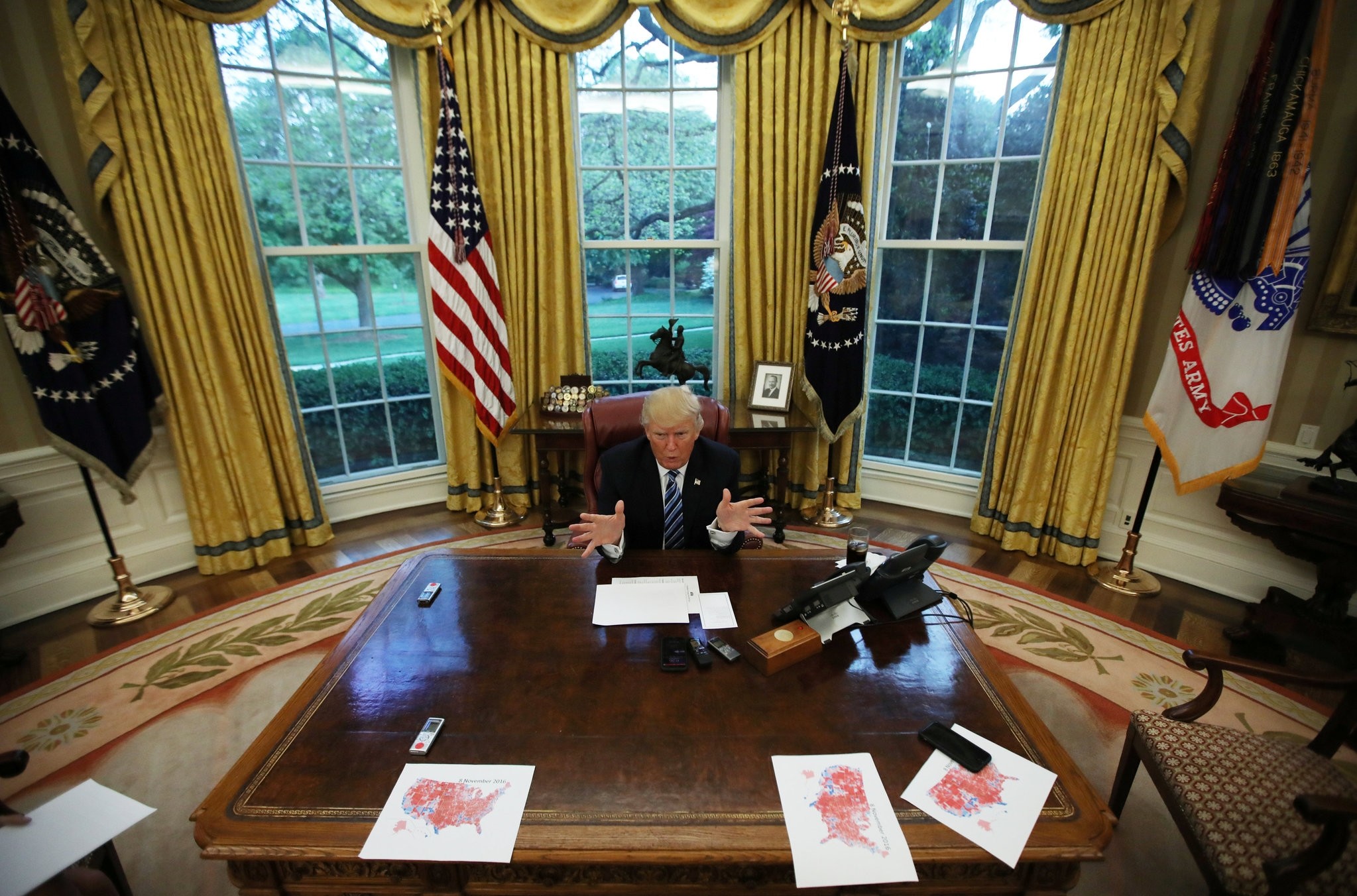 President Trump speaks during an interview with Reuters in the Oval Office of the White House in Washington, D.C., April 27.
by Kılıç Buğra Kanat Aug 28, 2017 12:00 am

Following successive firings in the White House, it is really hard to predict the future of the new U.S. foreign policy

This column has previously mentioned that transitions in new administrations in the United States are a challenging process that usually witnesses different road accidents and crises. External shocks and developments in other parts of the world generate a heavy workload for the incoming administration. Today, it is little more than seven months, and yet there have been constant exits from the White House. In the last few weeks, some key officials in the White House, including the chief of staff, the director of communication, the press secretary, the chief strategist and deputy assistant to the president have resigned or been fired by the administration.

There have also been exits from the NSC during the same period, such as Derek Harvey. During this period, there have been numerous reports about competition and rivalry among various members of the Trump inner circle. However, as expected by many following the appointment of former Secretary of Homeland Security Kelly as Chief of Staff, there are signs of increasing control over this competition. With regard to the last few exits from the White House, newspaper reports argue that it was Kelly who demanded the firing of these officials. For example, before the resignation of the president's former deputy assistant, Gorka, it was reported that there was a tense call between him and Chief of Staff Kelly in regards to the length of Gorka's vacation. Following that it was also reported that after his decision to resign he approached Kelly one more time to hand the letter of resignation to the president in-person. However, he was prevented from meeting the president.

Following these departures, there are questions about the impact of the new White House on U.S. foreign policy. Although it is not very clear how influential those individuals who left the White House had been on foreign policy decision making, there were enough signs to be able to tell that they had some say. Steve Bannon, for instance, was in the Oval office during President Trump's first phone calls to world leaders. He was also with President Trump during his Middle East visit and even at the dinner table when Chinese President Xi Jingping visited the U.S. In addition, it was widely reported that on issues such as banning entrance to the U.S. from some Muslim countries and Trump's frequent use of "radical Islam," individuals such as Bannon and Gorka played significant roles.

Probably because of that, when Trump spoke on the U.S. Afghanistan strategy, Gorka reacted to the word selection in this speech. In the circulated resignation letter he expressed his disappointment at the turning of the tide. In this letter, he wrote: "Regrettably, outside of yourself, the individuals who most embodied and represented the policies that will 'Make America Great Again,' have been internally countered, systematically removed, or undermined in recent months. This was made patently obvious as I read the text of your speech on Afghanistan this week. The fact that those who drafted and approved the speech removed any mention of Radical Islam or radical Islamic terrorism proves that a crucial element of your presidential campaign has been lost."

This situation demonstrates that some former members of the Trump White House felt that the foreign policy they believed in and supported had started to be derailed. Thus, they will attempt to be a pressure group outside the White House. In the meantime, at the White House Kelly seems to be able to effectively work with McMaster to design policies. Many stated that in his Afghanistan speech Trump worked closely with McMaster. Outside the White House, the rapport between Secretary of Defense James Mattis and Kelly is also a frequently discussed issue. Considering the military backgrounds of these three individuals, it is not hard to argue that they can have a stable working relationship and become the most important bloc for changing the foreign and security policies of the country. It will also not be very challenging for Secretary of State Rex Tillerson to work with this group. Of course, Jared Kushner and partly Ivanka Trump will continue to be significant actors in foreign policy decision-making. However, the real deal of course continues to be the president of the U.S. The buck will stop there, and he'll likely be less predictable than other world leaders. Of course, after these short-lived appointments, it will be hard to accurately guess the possible "tenure" of these new appointments.