Ignoring another tragedy, this time in Myanmar 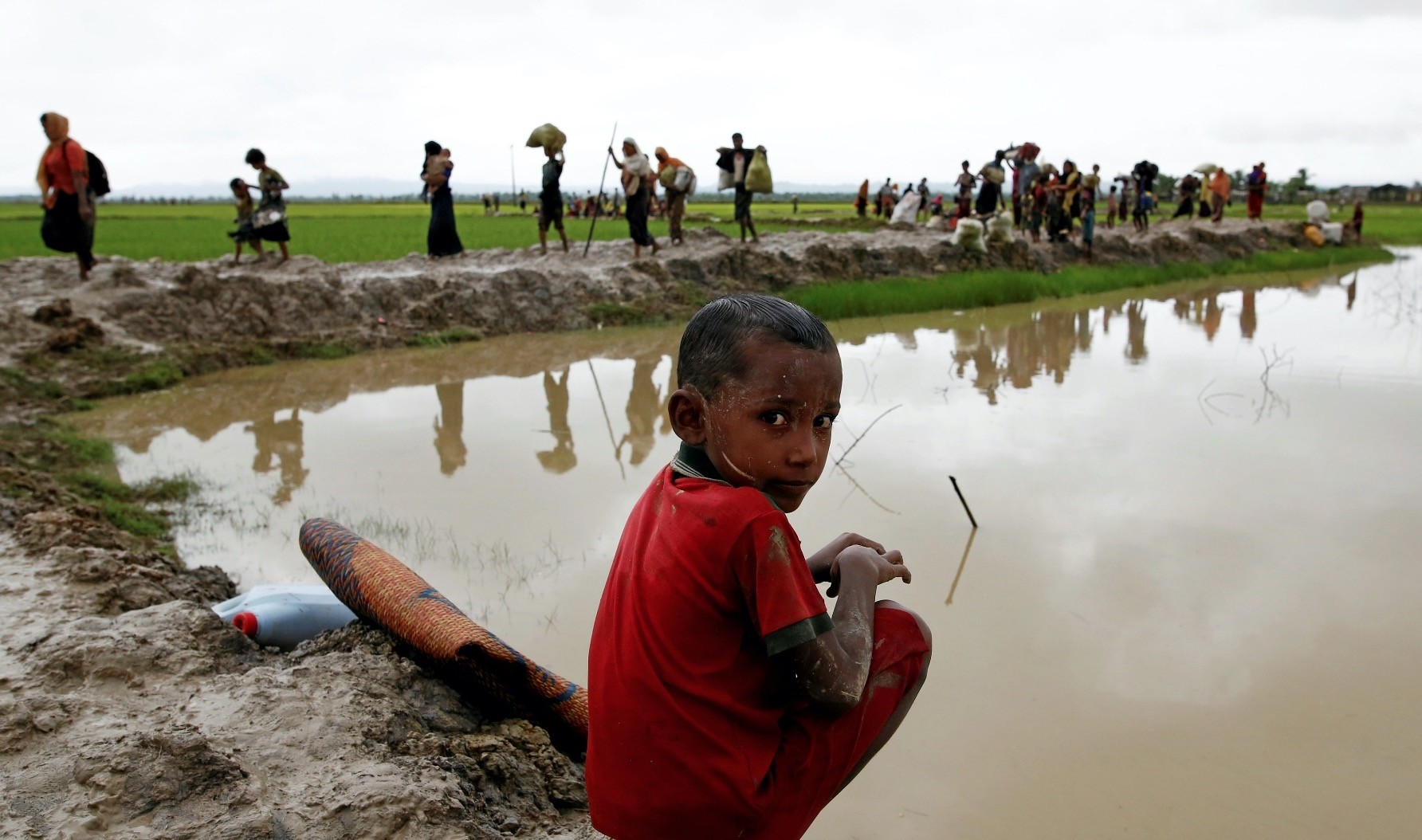 A Rohingya refugee boy reacts to the camera as he sits in mud after travelling over the Bangladesh-Myanmar border in Teknaf, Bangladesh, Sept. 1.
by Kılıç Buğra Kanat
Sep 09, 2017 12:00 am

It is hard to write about a tragedy that is taking place in front of the international community without much protest or action. The tragedy of the Rohingya Muslims in Myanmar is not a new story. For years now the people living in the Rakhine state have been considered as one of the most persecuted group of people in the world. Despite the limited political openings that took place in Myanmar during the Obama administration, things for the Rohingyas did not change much.

Even the wishful thinking about Aung San Suu Kyi turned out to be only an illusion. The events that took place in the last few weeks demonstrated that neither the U.S. opening nor the head of the government with a Nobel Peace Prize did not change much about the handling of the humanitarian crises. The persecution and the tragedy of the Rohingya Muslims continued.

It is still not clear how many Rohingyan Muslims have been killed in violent attacks by extremist groups in the Rakhine state in the last few weeks. We may not ever know the exact numbers. The United Nations reported that a quarter of a million Rohingyas fled from Myanmar to Bangladesh, which in itself generated another tragedy of exodus. In the last two weeks alone, according to U.N. reports 164,000 Rohingyas fled to the country.

Many of those who tried to flee lost their lives during their journey to Bangladesh. Most of those who died are the young and the elderly. Those who reached Bangladesh faced difficulties in the refugee camps, which became overcrowded and understaffed and underfunded, whereas those who stayed behind faced the atrocities of the extremist militia. The violent attacks on the villages of the Rohingyan Muslims are now well reported. The villages have been burned down under the watchful eyes of the security forces. Last week a BBC reporter witnessed the burning of the villages by the extremist groups.

Sadly and strangely the debate about the plight of the Rohingya Muslims came to a point where it was questioned whether what is taking place is ethnic cleansing or genocide. The experts have long been warning that the dire condition of the Rohingyan Muslims reached a dangerous point that reminds everyone of genocide. However despite this well-documented tragedy there is not much action from the international community. There are statements about the disappointment in regards to the reaction of Suu Kyi to the violence in the region and her denial, however that does not bring about meaningful action to help these people in need.

In addition to this, Turkey's humanitarian aid agencies also launched campaigns in order to help those in need in the refugee camps. In the previous cycle of violence in the region, Turkey was again one of the few countries that tried to mobilize the international community and send high level delegations to the region in order to help alleviate the human tragedy.

In the next few weeks at the U.N. General Assembly and in international diplomacy we will see how much the rhetorical actions of the governments of the Western countries will turn into action. We will see what kind of steps that international community will take in order to stop the massacre of Rohingya Muslims. If the existing violence in the region with visual evidence and reports proving it cannot stop a full-fledged genocide in the region, it will generate a very significant crisis in the already unstable international system and will lead to further violence in different parts of the world.