For the sake of a proxy militia 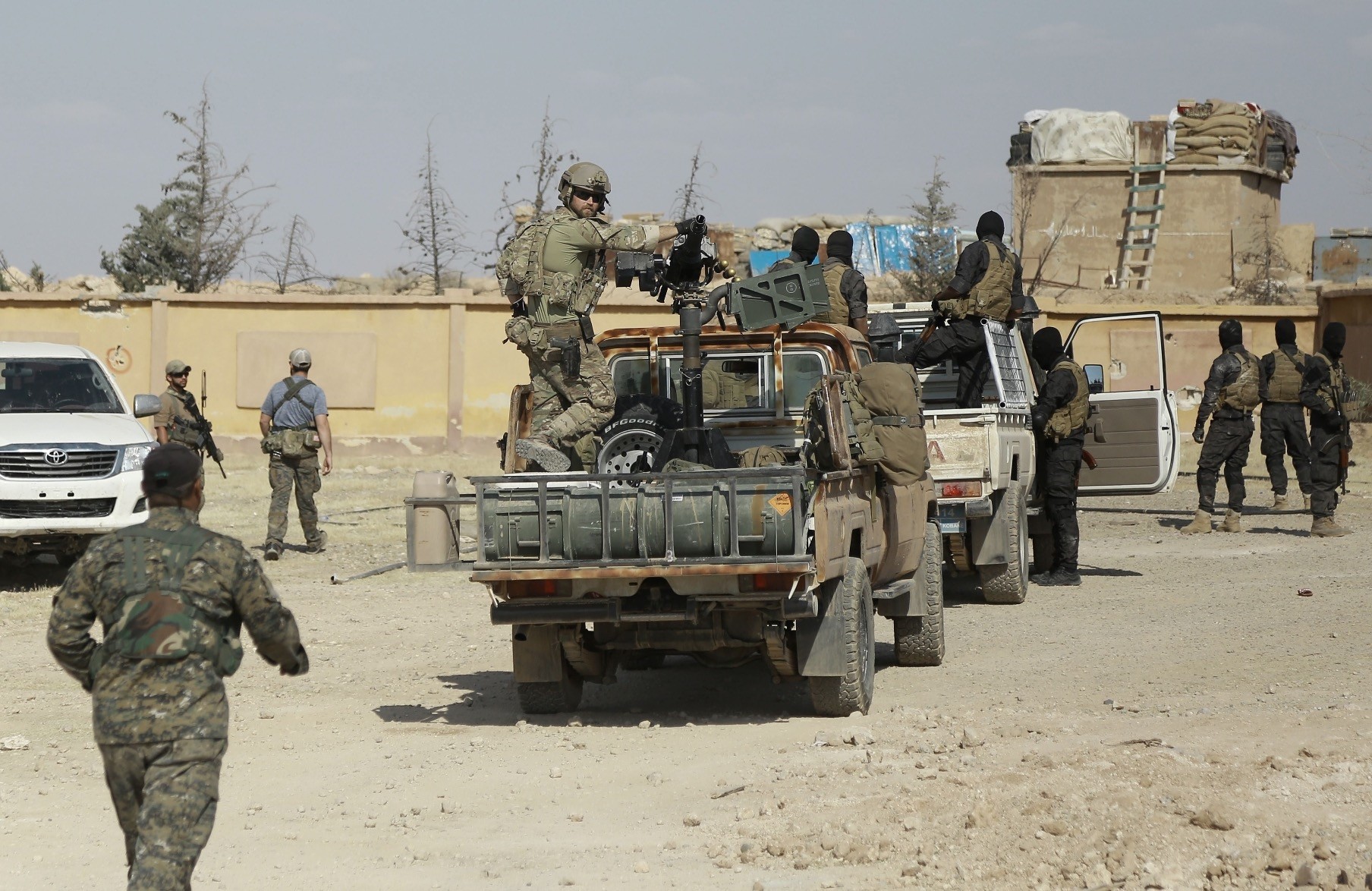 Cooperating with the PKK's Syrian affiliate groups led the U.S. to lose an ally in the Middle East

As mentioned multiple time in this column, one of the most significant determinants of Turkish-U.S. relations has been public opinion toward each other. Analysts very frequently stated the reaction in Turkey toward the U.S. as a potential spoiler of bilateral relations. Survey results about anti-Americanism in Turkey have often been cited in the press, and these numbers are sometimes presented as a demonstration of the Turkish "shift of axis" and "turning away from the West."

It is true that the survey results were not as desired. When a decade ago people started to talk about this phenomenon, a great majority of the Turkish public was against the Iraq War and what happened in its aftermath. The reaction targeted an unpopular war and its human cost. Likewise when these numbers hit their heights, a great majority of the Turkish public was reacting to the U.S. policy on Syria. The humanitarian disaster in the country and inaction of the U.S. generated major disappointment. The reaction was in regard to what the U.S. was doing or not doing in the region.

However, in the last few years, the reaction of the Turkish people took place in regard to issues directly related to Turkey's security. The PKK threat was something that Turkey has been fighting against for the last three decades - a threat that was felt across the nation regardless of ideological or political orientation. Support for the Syrian affiliate of this group, the People's Protection Units (YPG), generated a major reaction against the U.S. in Turkey. This was not uniquely against the United States - the Turkish public had reacted similarly when European countries allowed rallies by the outlawed PKK in their capitals and previously when the terrorist organization ran their activities freely in different cities. But openly militarily supporting the PKK's affiliate became another level of harm to the public trust toward the U.S. The designers of this plan in the U.S. totally ignored possible outcomes of societal reactions to this policy. While the expectation was the U.S. stop this as the PKK increased its terrorist attacks in Turkey, adding harm to the injury U.S. government agencies started to present this relation in social media, celebrating the group and almost glorifying their success against Daesh.

Pictures of U.S. Special Presidential Envoy for the Global Coalition to Counter Daesh Brett McGurk with YPG members, the tweets of CENTCOM and pictures of U.S. soldiers with YPG militants generated a significant crisis in relations. That the U.S. cooperated with a Marxist-Leninist group affiliated with an organization that is recognized as terrorist group was something hard to accept on the Turkish side. People expressed a serious reaction about what was happening between the YPG and U.S. just on the other side of the border. The explanation that relations with the YPG were tactical, limited and temporary never satisfied the Turkish public.

Similar public opinion damage took place during and after the July 15 coup attempt in Turkey. The lack of empathy to the crisis in Turkey and the failure to appreciate the trauma people went through on that night by an ally hugely disappointed Turkish society. This trauma together with the presence of Fetullah Gülen, the perpetrator of the failed coup, in Pennsylvania in the U.S. generated increasing negative feelings towards the U.S. that have been hard to fix in the last few years.

While containing and resolving this negative feeling would be the wise thing to do to improve relations, for the last couple of weeks, things went in a totally different direction. The YPG show in Raqqa with Abdullah Öcalan posters, the imprisoned leader of the PKK, will be remembered by the Turkish side for years. What makes this more memorable will be that this show was presented while the YPG was cooperating with the U.S. Following this, another news story broke out about Daesh fighters fleeing Raqqa by an agreement with the YPG that put Turkey and other neighboring states in danger from the risk of terrorists attacks. It was another hard to understand story by the Turkish people. Allowing Daesh members to flee other countries basically means cooperating with other terrorist groups. There were not enough explanations for these actions by the YPG, and the Turkish public did not see much reaction from the U.S. side. For many people in Turkey, the YPG is only a spoiled instrument of the U.S. that will become harder to control or contain in the future or will pose major risks to the security of Turkey.

In the last week, scandals in the NATO maneuver and in a TV series "Designated Survivor" advance the nervousness and disappointment of the Turkish public. This situation reached a point that it needs a serious intervention from the upper echelons of the government. If the U.S. administration is willing to work with Turkey in the near future, that will include both fixing ties and preventing the emergence of another major scandal. It is true that two countries are having significant divergences in their policies, however, in the midst of these problems the destruction of mutual trust and public opinion pressures are the last thing to be desired.